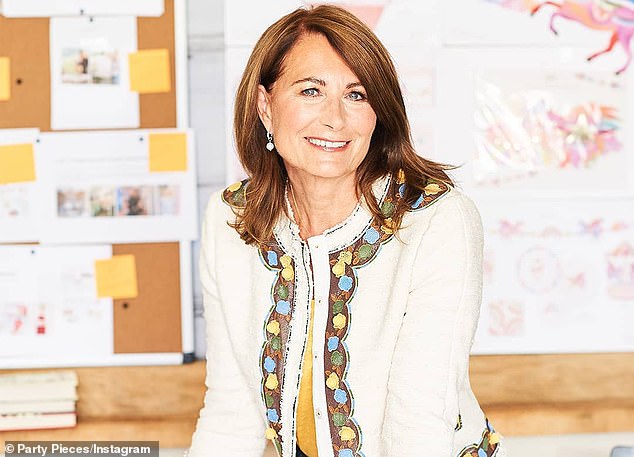 A royally good Easter for George, Charlotte and Louis! Carole Middleton reveals she loves to arrange egg hunts that ‘get quite competitive’ and decorates a special Easter tree with her family

By Abi Turner For Mailonline

Carole Middleton has revelaed how her family like to celebrate Easter with plenty of wholesome activities such as decorating a tree and going on an egg hunt.

The Duchess of Cambridge‘s mother, 67, who lives in Berkshire with her husband Michael has complied her favourite Easter traditions to promote her party accessories business.

‘I like to get my family to help me decorate a pretty wire tree with colourful eggs,’ the Party Pieces founder explained, adding that she also likes to arrange a ‘competitive’ aster egg hunt.

Her comments give a glimpse of the potential entertainment in store for Prince George, Princess Charlotte and Prince Louis, whose parents will be attending the Easter Sunday church service at St George’s Chapel, Windsor.

Carole Middleton, 67, who lives in Berkshire with her husband Michael, has shared her Easter traditions to promote her party planning business including making easter trees with her royal grandchildren

Among her other tips, for the perfect family Easter, are party games such as pin the tail on the bunny, crafting Easter cards together and jam jar flower arrangements.

To create a flower centrepiece she advises grabbing some glass jars shows to put flowers and greenery in, from the garden, and then decorating with a ribbon.

‘The table is such an important piece of Easter decor, so have fun with it and add playful touches to make people smile like fluffy bunnies hidden in foliage or flowers down the centre of the table.’

She also mentioned a family tradition of an Easter egg hunt, saying it’s not just for children. 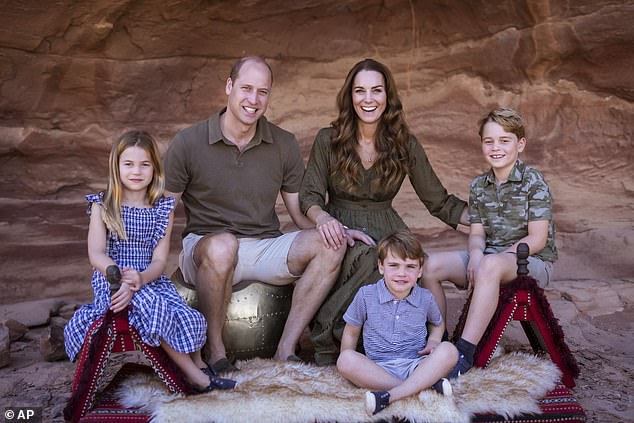 The Duke and Duchess of Cambridge and their children, Prince Louis, Princess Charlotte and Prince George for their annual Christmas card 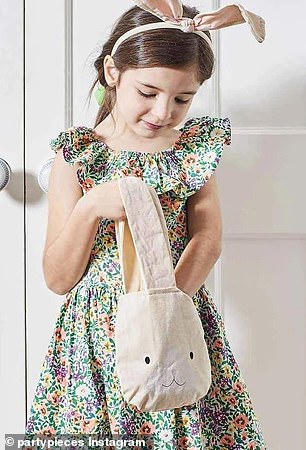 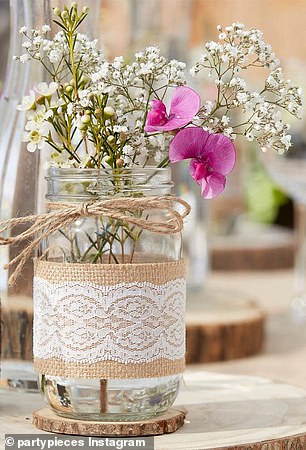 Carole says that Easter egg hunts are for the whole family and tend to get competitive. She also suggests making jam jar flower arrangements with children

‘We like to get the whole family involved and it gets quite competitive,’ she said.

While Prince WIlliam and Kate Middleton are due to join the royal family for the   Easter Sunday service at St George’s Chapel in Windsor Castle, the Queen is not expected to attend.

This will be the first Easter Sunday service the Queen will have missed in five decades.

The last was in 1970 when the Queen was on a tour of New Zealand and Australia from March until May that year. She also missed the traditional Maundy Thursday service. 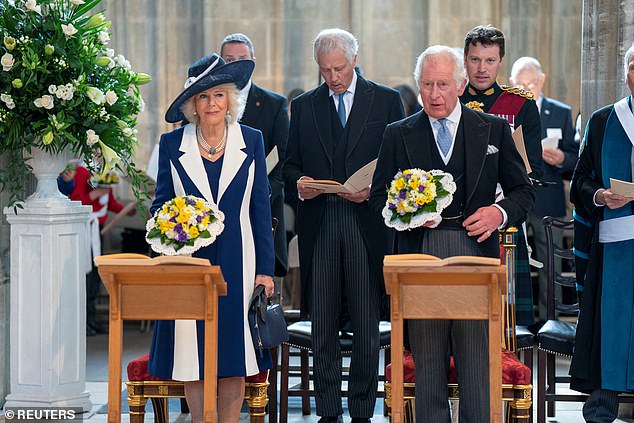 Prince Charles and Camilla attending the Royal Maundy service at St George’s Chapel today. They will be spending Easter at their Birkhall estate in Aberdeenshire 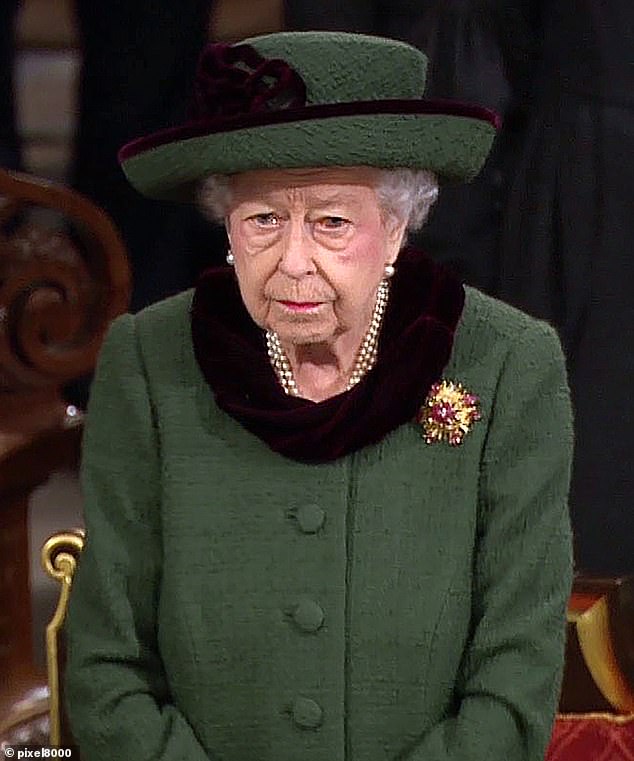 The Queen at her husband Prince Philip’s memorial. Easter Sunday falls this year on the one-year anniversary of her his funeral

The 95-year-old monarch has been experiencing mobility issues in recent months and now lives at Windsor Castle.

Easter Sunday falls this year on the one-year anniversary of her husband Prince Philip’s funeral – which also took place at St George’s Chapel – on April 17, 2021.

Prince Charles and Camilla will be away for Easter at their Birkhall estate in Aberdeenshire, but they attended the Royal Maundy service at St George’s Chapel today on behalf of the Queen.

Jennifer Connelly stuns as she arrives at The Late Show with Stephen Colbert in...