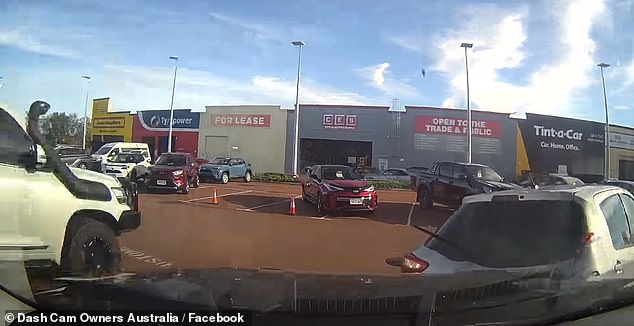 A dash camera has captured the shocking moment a car reversed at high speed in a car park at a dealership before slamming into a parked vehicle.

One second it’s just a normal car park on a sunny day, with nothing much going on.

Then a white Toyota suddenly appears from the top right corner, reversing in a great hurry, screeching across the car park.

It makes no attempt to stop or even slow down, it just shudders to a halt after slamming in to a parked car – the one whose dashcam filmed what happened.

The fact the car that was hit had a dash cam was commented on by many on the Facebook page hosting the video.

‘Yes those cameras are handy. Watching my new car being driven at 200 km hour during its “service” was very informative,’ one wrote.

Another said the owner of the damaged car was lucky the dashcam was working, ‘every time I take my car for a service, they disconnect the dashcam’.

‘I had some work done at an off road accessories place and they made me disconnect the camera,’ another wrote. 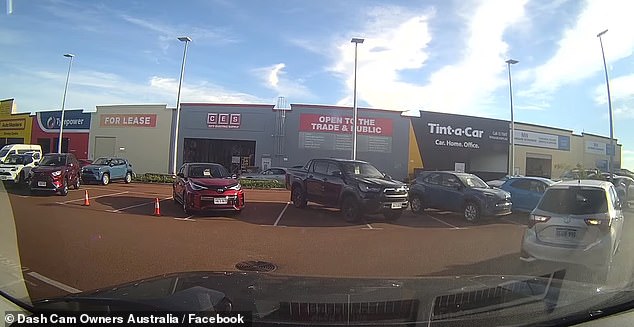 Luckily for all concerned, no one seems to have been injured, and it was all caught on the damaged car’s dash camera

Fortunately for all concerned, nobody seems to have been hurt in the crash, which allowed some to see the funny side of things.

‘Hi sir whilst doing your service we noticed your radiator leaks would you like a new one? Also your headlight globes could do with replacement,’ one wrote.

‘But sir we did your service if you picked it up already that wouldn’t have happened,’ another added. 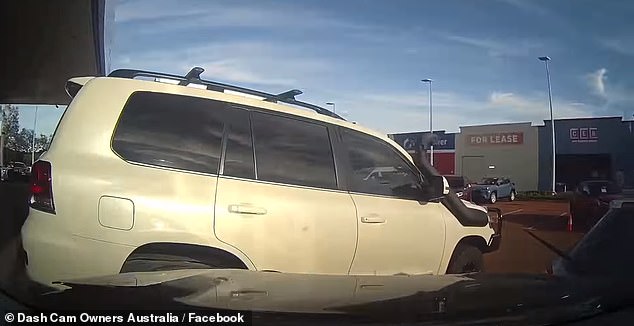 Funniest of all was the comment who wrote: ‘Solid commitment to mistaking the accelerator for the brake there, 10/10!’

But at least one person thought the owner of the damaged car would be out of pocket, regardless of catching it all on video.

‘Insurance probably won’t cover that. Not what you want when you leave your car for a service,’ they wrote.

How Exposure to Contaminated Water Impacts Your Health

Liverpool fan, 11, ‘feared he would die’ after he was tear-gassed at chaotic Champions...