Cannabis supplements promoted by David Beckham, golf star Darren Clarke and socialite Meg Mathews are set to be taken off the market after a safety probe.

The Food Standards Agency has published a list of approved cannabinoid (CBD) products based on the strength of their testing processes.

And celebrity-backed supplements from the likes of Beckham, Clarke and Mathews fall foul of the agency’s new rules.

But those endorsed by Anthony Joshua, Paddy McGuinness and Claudia Winkleman are featured on the list, meaning they can continue to be sold.

WHAT IS CBD OIL?

CBD oil is a legal cannabinoid that can be sold in the UK.

CBD contains less than 0.2 per cent of the psychoactive substance THC.

Although the oil has been thought to have some medicinal properties, including relieving inflammation, pain and anxiety, there is no conclusive science.

Suppliers in England and Wales have to obtain a licence to sell CBD as a medicine.

Manufacturers are able to avoid the strict regulation by selling it as a food supplement – ignoring the lengthy process of gaining a medicinal licence.

CBD products comes in many forms, the most popular being an oil – which users spray under their tongue – or gel tablets which melt slowly in the mouth.

Government advisers at the MHRA found that CBD has a ‘restoring, correcting or modifying’ effect on humans.

Cannabis oil, which is different to CBD oil because it contains THC – the compound that gives users a ‘high’ – is illegal under UK laws.

Billy Caldwell, from Castlederg, Northern Ireland, made headlines last April when he became the first Briton to be prescribed it on the NHS.

Cannabis oil, which reportedly has no side effects, influences the release and uptake of ‘feel good’ chemicals such as dopamine and serotonin.

Half of the CBD products sold on Amazon and a quarter of those at Boots have failed to make the list and will have to be withdrawn from sale, The Times reported.

The FSA list does not assess the safety or nutritional value of items, just their testing procedures.

Ms Mathews, ex-wife of Oasis member Noel Gallagher, has already pulled her CBD supplements for menopausal women from the market.

It’s not clear whether CBD supplements sold by Cellular Goods, which David Beckham owns 5 per cent of, will change their testing methods or leave the market.

In Scotland, any CBD products with less than 0.2 per cent psychoactive THC are legal to buy.

High street CBD supplements are not classed as medicines, but foods.

That means they can’t make health claims. But advocates say CBD products can help people who struggle with sleep, anxiety and chronic pain.

In a statement, the agency said: ‘If a product isn’t on the list, retailers should remove it because it’s not attached to a credible application for market authorisation.’

The FSA cannot enforce food safety rules against shops but said it expects councils to do so.

The Association for the Cannabinoid Industry added: ‘The list is a major milestone and will increase consumer trust.’

And a spokesperson for Cellular Goods said: ‘We’ve been selling our ingestibles in good faith and firmly believe they’re fully legally compliant.

‘We’ve approached the FSA to get further confirmation of the position of our products.’ 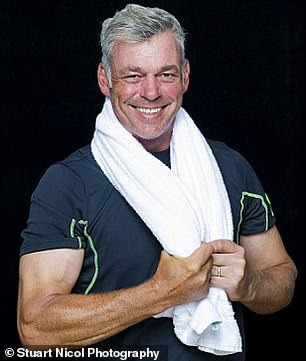 The 3,500-strong list comes as the FSA seeks to crack down on what it deems ‘non-credible’ CBD supplements.

It also warned that cannabidiol supplements currently on the list could still turn out to be bogus.

Chief executive Emily Miles said last week: ‘Being on the list means that the application is credible and the FSA has, or is shortly expecting to receive, significant scientific evidence from the applicant with which to judge safety.

‘I want to emphasise that the FSA is not endorsing products on the public list.

‘Inclusion on the list is no guarantee that they will be authorised as they have not yet been fully assessed for safety.

‘But we have taken the step of publishing the list so that local authorities, retailers and consumers can make informed judgments about what they stock and buy.’ 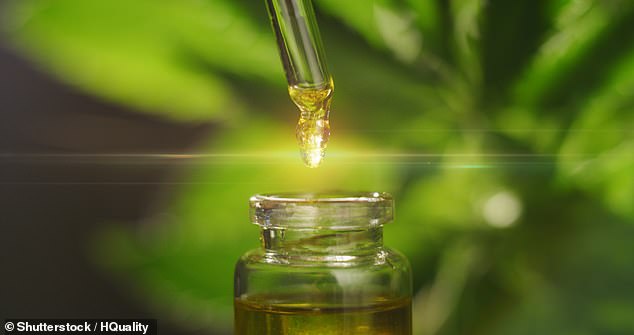 Sales of CBD products were worth £690million in 2020, £164million above market predictions

The deadline for manufacturers to submit products for review was March 31.

Minutes from the FSA chief executive’s report in December said ‘the quality of applications was lower than we anticipated.’

The agency also recommends people in vulnerable groups, including pregnant and breastfeeding women and those taking medication should not use it unless under medical direction.

French war photographer kidnapped by ISIS in Syria back in 2013 tried to kill...

Russia’s Wagner Group accused of ‘firing at civilians’ as they tried to flee city...