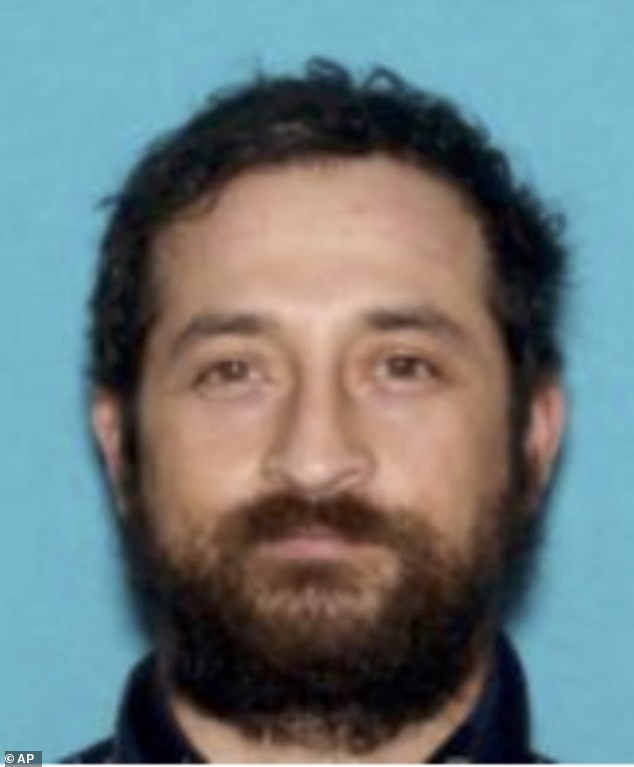 A California hiker body’s was located in a Los Angeles park next to his dog, who was alive and grieving for his owner, after being missing for 16 days.

Oscar Alejandro Hernandez, 29, was found dead inside Griffith Park on Thursday night a ‘good hike up from the park’s merry-go-round,’ a firefighter on the scene reported.

His family said he was last seen near the merry-go-round hiking trails on the east end of the park.

His dog King was found by his side, starving and tired, but alive. The dog was met by the man’s family, who were on the scene Thursday night, while Hernandez’s body was taken to a remote baseball field as the investigation began.

Police have not released his cause of death.

Oscar Alejandro Hernandez, 29, was found dead inside Griffith Park on Thursday after being missing for 16 days 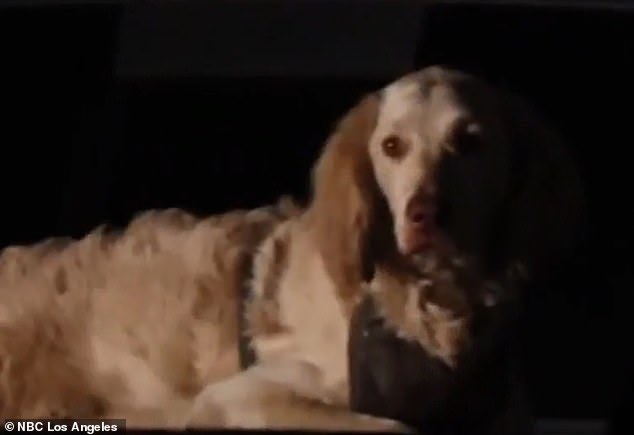 His dog King (pictured) was found next to his body starving and grieving, but alive 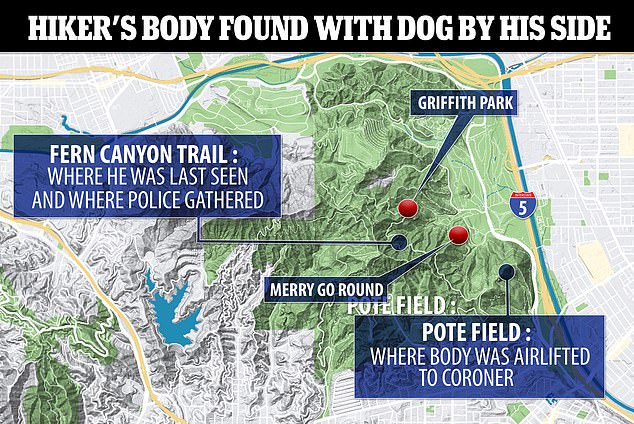 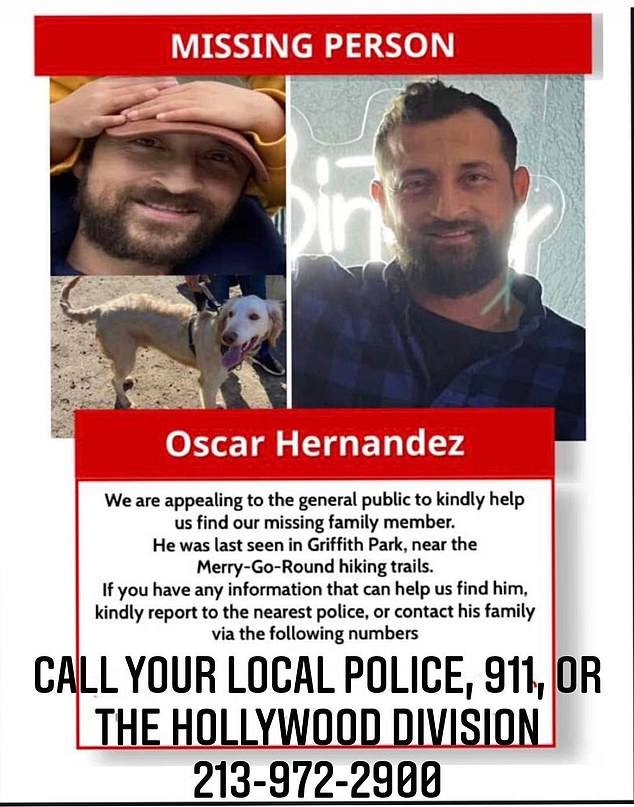 His family begged the public to help find him

Hernandez was last seen on March 16 around 2:30 a.m. in his 2004 red Ford Explorer. His family issued a missing person’s flyer, begging the public to help find him.

‘We are appealing to the general public to kindly help us find our missing family member,’ the flyer said. ‘If you have any information that could help us find him, kindly report it to the nearest police or contact his family.’

The Los Angeles Fire Department had at one point responded to a call on the 4700 block of North Crystal Springs Drive around 7.15pm.

They then gathered neared the merry-go-round off Fern Canyon Trail and entered a remote part of the park. Among dense trees, the man and his dog were found, according to NBC Los Angeles.

The body was airlifted from the area, which was described as a remote hillside, and was taken to a baseball field in the park, where the coroner was expected to take the body. 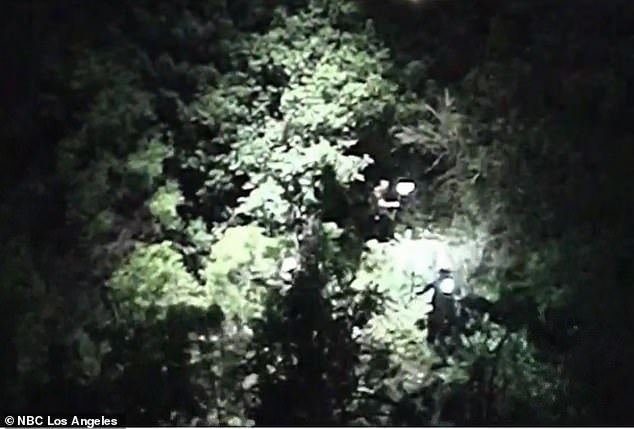 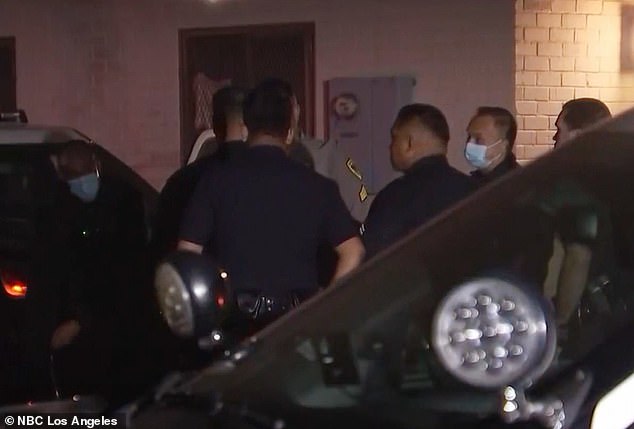 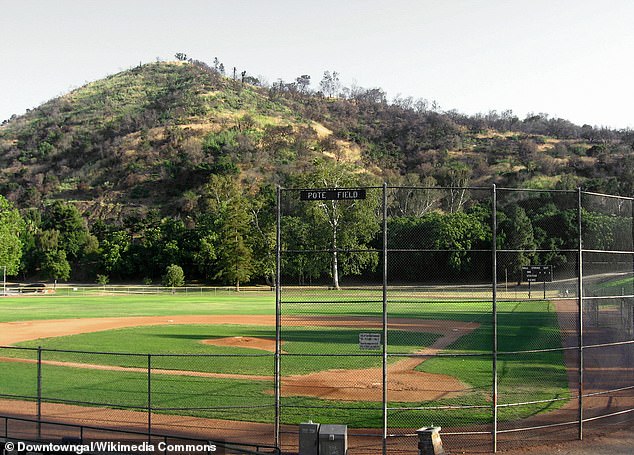 Griffith Park is 4,200 acres and covers a vast majority of land, including the Hollywood sign and the Los Angeles Zoo.

‘Griffith Park is one of the largest municipal parks with urban wilderness areas in the United States,’ its website stated.

It is apart of the Eastern Santa Monica Mountain range and its elevations range from 384 to 1,625 feet above sea level.

It is filled with trails, attractions, picnic areas and sporting areas, and is the largest park in Los Angeles.

Earlier this year, actress Lindsey Pearlman, 43, was found inside her car in a Hollywood park, on February 18. One suicide note was in her car, and the other was in her home. The note told whoever found her to call 911, TMZ reported.

The actress, who played Joy Fletcher on Chicago Justice, reportedly called husband Vance Smith a day before the apparent suicide and told him she planned to end her life, TMZ reported. Smith then contacted the police in an effort to find her.

Although the coroner has not released a cause of death, TMZ reported that she overdosed and that she had suffered from depression for many years. Phone data also showed the star called her cousin from a half-mile away from where her body was discovered. 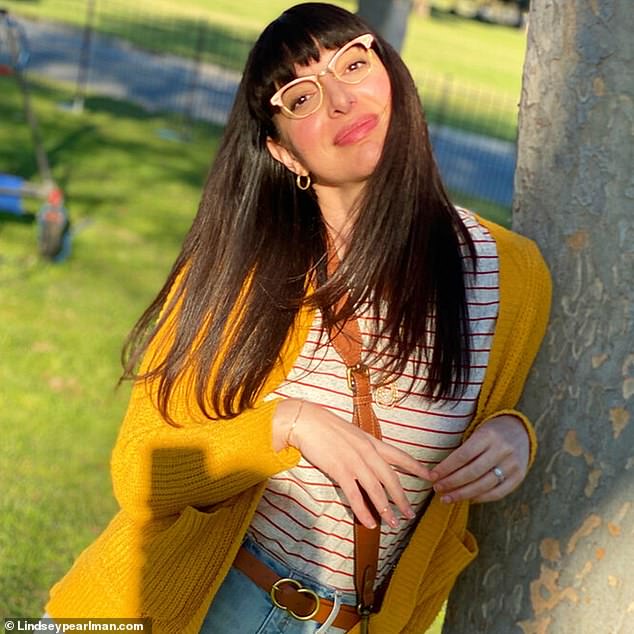 Actress Lindsey Pearlman, 43, was found dead inside her car at Runyon Canyon Park on February 18. She reportedly died of an overdose and left a suicide note in her home and one in her call that directed whoever found her to call 911 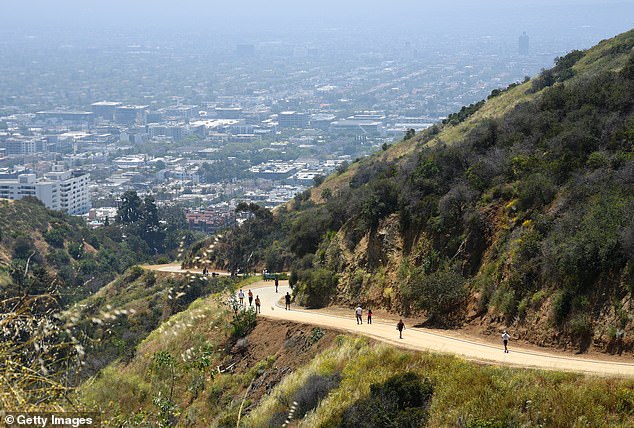 She was found inside Runyon Canyon Park in Hollywood, a popular hiking destination

The actress was last seen on February 13 in Hollywood near Franklin Avenue and North Sierra Bonita Avenue, near Runyon Canyon Park.

According to a security guard working on a film in nearby Runyon Canyon, when police found the body of Pearlman, there were pills strewn throughout the inside of the vehicle. She was said to be wrapped in a blanket. Police have not confirmed this report.

The actress grew up in Chicago and studied comedy at the Second City Conservatory before being found dead.

Now Jacinda Ardern distances herself from Harry and Meghan

Ivanka Trump shows off long locks as she enjoys a makeup-free hike with Jared...