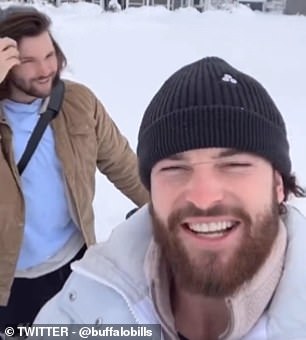 By Jake Fenner For Dailymail.Com

The city of Buffalo is nicknamed ‘The City of Good Neighbors’ and after this week’s mammoth snowstorm, players on the Bills saw that nickname in action.

After a a storm blew through the area Thursday, the NFL chose to relocate Buffalo’s game against the Cleveland Browns set to take place this Sunday. Parts of Orchard Park – the town Highmark Stadium is in – saw up to 77 inches of snow.

Western New York is still under a travel ban in some parts – including Buffalo – and there’s a state of emergency in place as roads are covered in snow and more is on the way.

In order to make their flight in time on Saturday, players began digging out their homes – with the help of some neighbors who joined in, brought snow blowers, and even provided transportation. 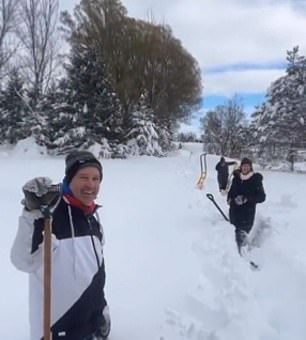 The Bills twitter account showed photos and videos of players and those living nearby helping them get out of their homes.

QB Matt Barkley’s neighbor came by with a snow blower to clear his driveway out.

Other neighbors, such as those of OT Spencer Brown, TE Dawson Knox, and FB Reggie Gilliam came by with multiple people and shovels.

Eventually, the whole team was able to make it to the airport and they arrived safely in Detroit for the game. According to the Bills twitter account, over 56,000 tickets have been sold for this relocated matchup. 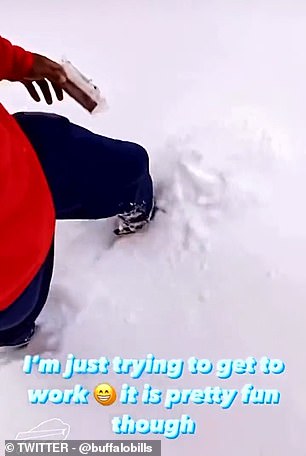 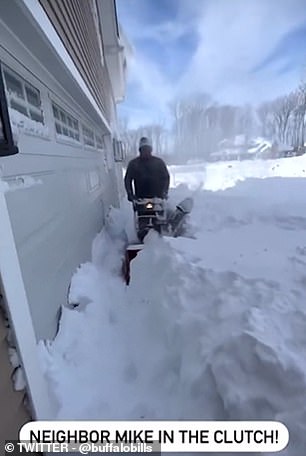 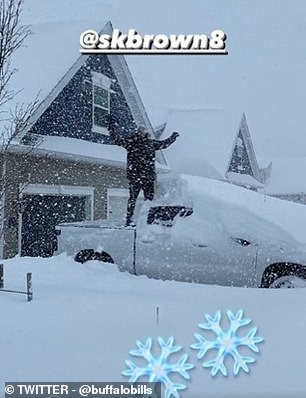 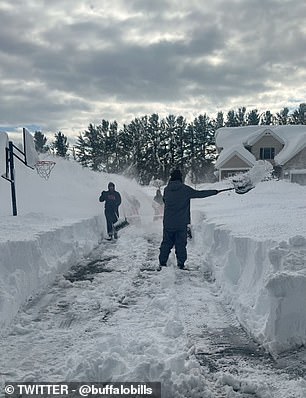 The Bills canceled Friday’s practice with head coach Sean McDermott holding virtual meeting to check in on players instead.

‘I want to make sure I can look guys in the eye and most of the guys were able to get on, staff included,’ coach Sean McDermott said of the team’s morning Zoom. ‘But for the most part everyone looked like they were safe and doing well.’

‘Sometimes things get a little bit bigger than football and then I think the thing we also have to understand and remember is that there’s people out there that are working in this and having to get to hospitals and whatnot.

‘So, there’s a lot a lot more going on that’s more important than football today.’

Taraji P. Henson says ‘guns have more rights than a woman’ as she hosts...