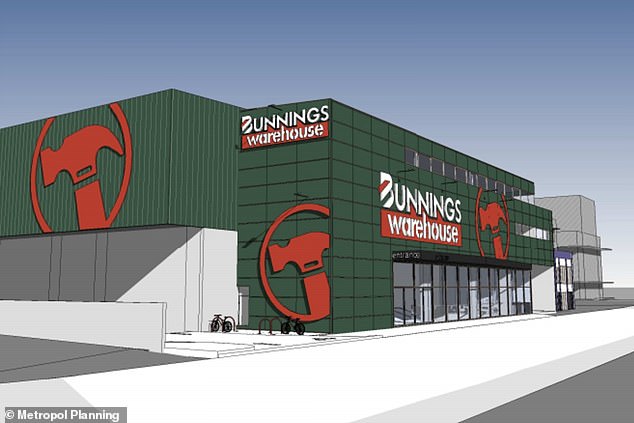 A proposed Bunnings development in a residential suburb has officially been rejected, providing ‘relief’ for residents who fought tirelessly to have the plans scrapped.

The hardware chain’s $21 million plans for a store on Glenlyon Rd in the Melbourne suburb of Brunswick East was blocked by the Victorian Civil and Administrative Tribunal on Friday night, who ruled in favour of Brunswick residents.

Local Andrea Bunting, who led the campaign against the retail giant, said the decision was a ‘great relief’ for locals.

A proposed Bunnings development in Brunswick East has officially been rejected, providing ‘relief’ for residents who fought tirelessly to have the plans scrapped

‘Residents generally do want a say in shaping their community, but they get frustrated with the planning process. Too often, they are stacked in the favour of developers, especially those with deep pockets,’ she said.

‘This victory shows that, with a well-organised campaign, it is possible to win.’

Ms Bunting argued that the project would’ve had an ‘adverse impact’ on local residents living near the development, pointing out there are ‘120 homes’ in the immediate area.

She also stated the store would increase traffic congestion due to delivery trucks and trade vehicles, as well as the fact the building would be situated on an already busy street.

‘The design failed to incorporate a safe way to safely enter and leave the site on a congested road,’ she added.

The proposal for the Bunnings store, which was drafted in 2020, received 538 objections that were submitted to Moreland City Council by residents.

Since then, 50 locals from the Glenlyon Bunnings Action Group, which Ms Bunting heads, have fought to have the plans rejected.

The Glenlyon Bunnings Action Group is comprised of residents who were against the store for various reasons, but most cited traffic congestion as the main issue. 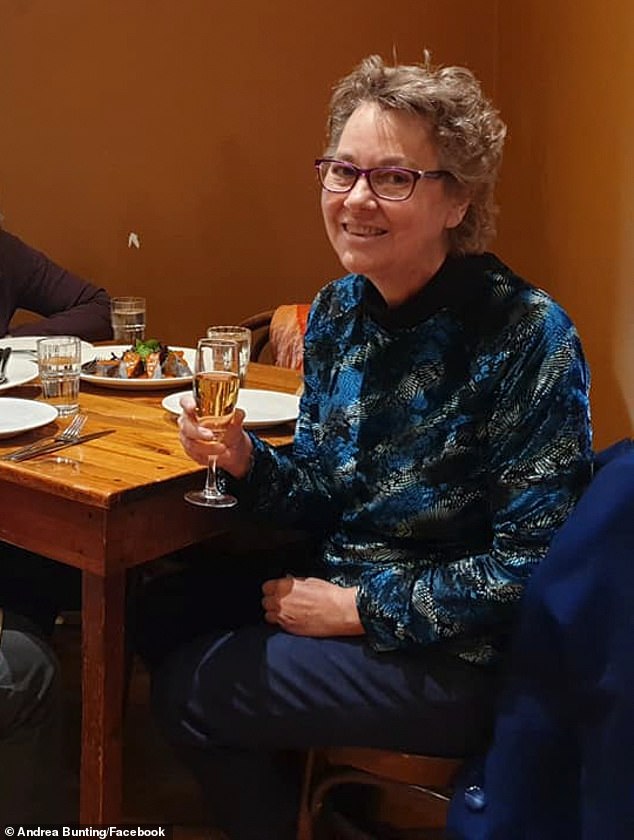 Local Andrea Bunting (pictured) led the campaign against the hardware chain. She is the president of the Glenlyon Bunnings Action Group

When VCAT ruled in favour of the group on Friday, Ms Bunting told the Herald Sun it was a testament to what a community can do when it bands together.

‘A strong, united community campaign can win against a corporate giant,’ she said.

‘Too often authorities pay little attention to the concerns of residents, and assume that they are objecting because they don’t like change.’

The project proposed to demolish the Chamton premises – a leading art print distributor in Brunswick – and replace it with the new $21 million warehouse.

The proposed two-storey store was to be 15.4m in height with a floor space of around 8,600 square metres. An underground park was planned with 236 parking spaces.

The store would have employed around 100 to 120 staff. 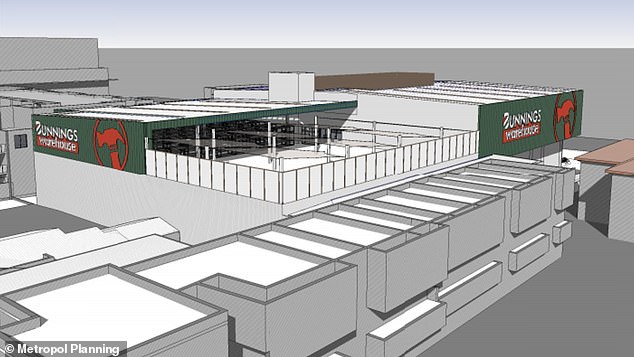 The proposed two-storey store was to have been 15.4m in height with a floor space of around 8,600 square metres. An underground park would have provided 236 parking spaces and the store would have employed around 100 to 120 staff

Upon ruling out the proposed development on Friday, VCAT said: ‘This proposal has failed to achieve this outcome in an acceptable manner when all relevant policies are balanced in favour of sustainable development and net community benefit.’

The panel recognised the action group’s issue with traffic congestion in the area and stated the project did not align with state government and council policies trying to reduce traffic in the inner-city.

The panel said that the store would also create traffic ‘saturation’ at a nearby intersection.

Bunnings has not ruled out submitting new plans in Brunswick East.

Bunnings’ Director of Property and Store Development, Andrew Marks, told Daily Mail Australia: ‘Naturally we’re disappointed with the Victorian Civil and Administrative Tribunal’s decision not to grant a planning permit for a new Bunnings Warehouse in Brunswick, and will now review our options with the developer of the site.’

‘We’re mindful of the positives a new store would bring over and above providing customers an improved offer. In addition to the $46 million investment in the economy, the proposal would create more than 50 new local jobs on top of our existing Bunnings Brunswick team.’

‘Bunnings has been part of the Brunswick community since 2015 when we opened our Sydney Road smaller format store. We remain committed to providing local customers in Brunswick with a wider range of home and lifestyle products,’ he added.

Mila Kunis looks lovely in black dress at the celebration of 400th episode of...