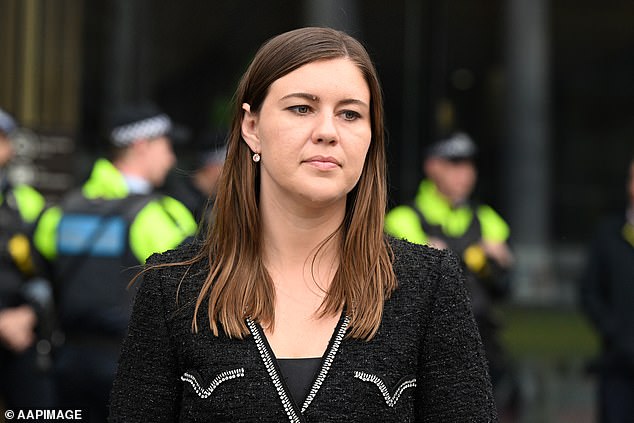 Brittany Higgins is due to return to the witness stand today to finish giving evidence in the high-profile trial of her alleged rapist – having been absent for four days.

Bruce Lehrmann has been accused of having non-consensual sex with Ms Higgins in Parliament House after a night out in Canberra in March 2019.

He has pleaded not guilty to one count of sexual intercourse without consent in the ACT Supreme Court.

Ms Higgins sat in the witness stand last week and was due to continue being cross-examined by Lehrmann’s defence lawyer Steven Whybrow on Monday.

However, the prosecution told the court she was ‘unavailable’ until Friday this week.

The trial continued with other witnesses but the court has banned their evidence from being published until Ms Higgins has completed her evidence. 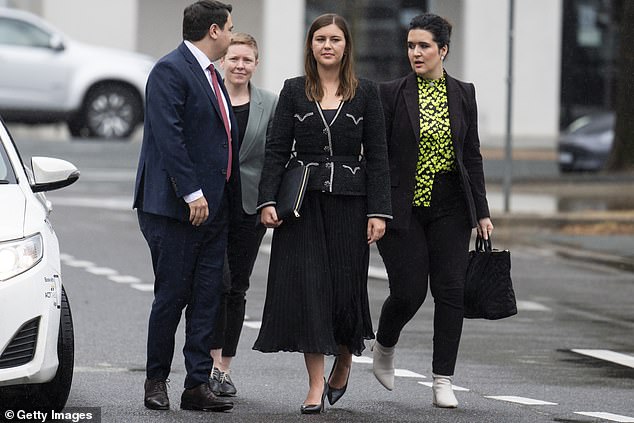 The court previously heard Ms Higgins and Lehrmann returned to Parliament House after a night out drinking with defence department colleagues.

The former Liberal Party staffer claims she fell asleep on the couch and woke up to Lehrmann having sex with her.

Former Coalition defence minister Linda Reynolds, Ms Higgins’ boss at the time of the alleged assault, is due to give evidence in court on Tuesday.

Senator Michaelia Cash is also expected to be in the witness box early next week before the Crown closes its case.

However, the witness list has been significantly shortened – TV host Lisa Wilkinson and News Corp journalist Samantha Maiden will no longer be required to give evidence.

Last week, Ms Higgins became visibly emotional at times as she was questioned by Mr Whybrow.

Texts she sent to her father and boyfriend were shared, as were messages about a potential $325,000 book deal with Lisa Wilkinson’s husband, Peter FitzSimons.

At one point, she objected to Mr Whybrow’s questioning, accusing him of being ‘deeply insulting’.

‘You are so incorrect,’ she said. ‘I don’t know if you’ve ever been through a trauma before… It’s confronting, it is a very hard thing to do. I was bed-bound, I was doing my best. I completely reject everything you’re saying.’

Mr Whybrow also confronted Ms Higgins over a message she sent to her boyfriend David Sharaz which read: ‘I’m clearing out my phone ahead of the police.’

Ms Higgins told the court she sent recordings from her phone to her partner because ‘I was terrified of them not existing’.

While being grilled over a $325,000 book deal arranged for her, the ex-Liberal staffer admitted to a jury that she had planned chapters of a book about her life before she was formally interviewed by police about her rape claims. 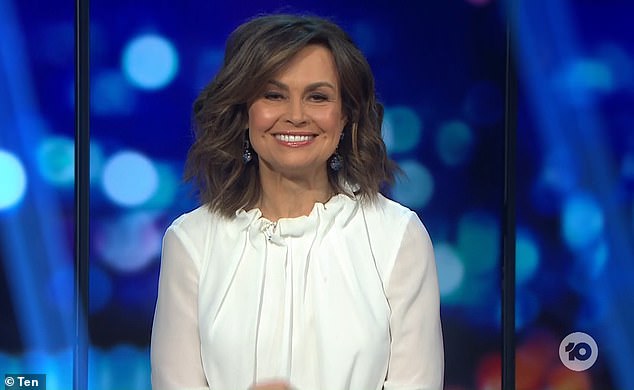 It also emerged in court that Ms Wilkinson was ‘quite angry’ when her interview with Ms Higgins aired on The Project on a Monday because it is not a day she normally appeared on the show.

Ms Higgins also told the court she was ‘clearly wrong’ when she said she kept the dress she was allegedly raped in stashed under her bed for six months.

The former political staffer was confronted with a photo showing her wearing the white cocktail number to a birthday party, some two months after the alleged incident.

Ms Higgins told Lehrmann’s ACT Supreme Court rape trial that she put the dress she was wearing that night in a plastic bag under her bed for six months, ‘untouched and uncleaned’.

She told the jury that, once she felt it was clear she couldn’t report the alleged assault without losing her job with defence minister Ms Reynolds, she ‘very symbolically washed the dress’.

‘I wore it once more but I never wore it again after that,’ she said.

But during cross-examination from Lehrmann’s barrister Mr Whybrow, Ms Higgins was shown a photograph of her wearing the same dress in May 2019 at Ms Reynolds’s birthday party in Perth.

Under cross examination from Mr Whybrow, Ms Higgins denied lying – but admitted she had made a mistake in her timeline of events.

Mr Whybrow put to her that she travelled to Perth on April 13, which would mean the dress was only under her bed for a matter of weeks, rather than six months, as she initially claimed.

‘It stayed under my bed for a period of time,’ she told the court.

‘I said six months, I was clearly wrong on that but it stayed under my bed for a period of time.’

When he asked whether it would have been difficult for her to wear that dress again, Ms Higgins told the court: ‘I was reclaiming my agency when I took it to Perth.’

‘It was an empowerment thing, saying the worse thing in the world happened to me in this dress and I never wore it beyond that time,’ she said.

‘It sounds stupid but that’s just the truth.’

Emily Atack looks stunning in a plunging leopard print ensemble while soaking up the...

Rhino is left in a spin and unsteady on its feet after charging into...

‘We don’t have an issue at all!’ Kym Marsh dismisses Strictly Curse threat