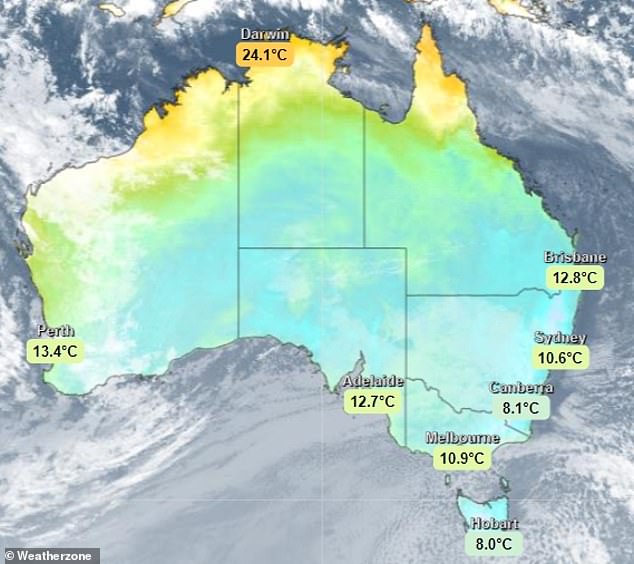 Proof you aren’t going soft: Australian city is now shivering through its coldest start to winter since 1904 – as cold weather records tumble, snow falls on beaches… and it’s not over yet

Brisbane will shiver through its coldest start to winter in more than 100 years as Australia’s brutal big freeze sends records tumbling.

An icy polar blast will see forecast temperatures plummet int every major city except Perth to lows not seen in decades.

Bob Hawke was in power the last time Sydney got this cold in 1989, and Brisbane is braced for its worst cold snap since 1904.

Melbourne hasn’t been this chilly since 1982 when the South Melbourne Swans AFL team moved to Sydney. 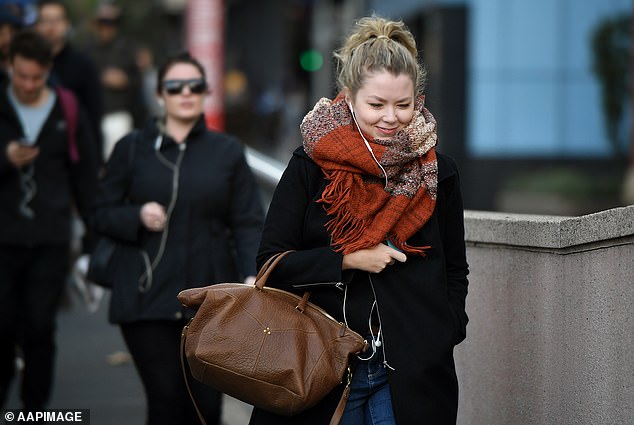 There’s not even an escape in the tropical Top End with both Darwin and Cairns forecast to be noticeably cooler than normal this week, while some of Tasmania’s beaches could even see blizzards.

In the snowfields, the history books are being rewritten with the best start to the season in years and more snow on the way thanks to a freezing Antarctic ice storm.

Mount Hotham and Falls Creek had record snowfalls of almost a metre each, Mount Buller’s 73cm is the highest is more than two decades, and NSW resorts are tipped to have their biggest snowfalls since 1968.

A high pressure system south of Adelaide is lodged in place and blasting frozen winds from the South Pole straight at Australia.

The coldest weather is expected to hit over the weekend with Brisbane forecast to hit 6C on Friday and Sydney down to 7C, the lowest in 33 years.

Brisbane is forecast to shiver through minimums of 6C to 8C for the rest of the week, the coldest it has been this early in June since 1904 – 118 years ago. 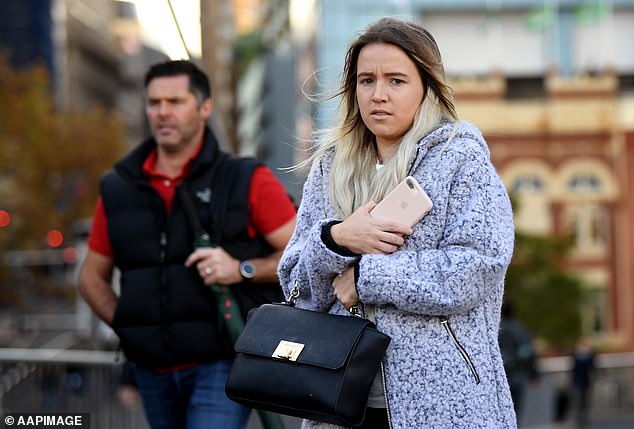 Bob Hawke was in power the last time Sydney got this cold in 1989, and Brisbane is braced for the worst cold snap in 118 years – while Melbourne hasn’t been this chilly since the city still had an AFL team called South Melbourne Swans in 1982

Windchill will make the record lows seem even colder, such as the 7C at Brisbane Airport at 5.40am on Wednesday feeling like just 2.1C.

Toowoomba was a comparatively balmy 8.8C on paper, but with wind felt more like 1.2C, according to the weather bureau.

Sunday it will finally reach 9C at a minimum and stay that way until warming up next Wednesday.

Hobart will fall to 2C on Saturday, with snow even predicted for the beaches on the south of the Apple Isle.

Those conditions will combine with a cold, dry surge of air rushing in, which will bring chilly temperatures until next weekend.

Melbourne is forecast to hit 6C on Tuesday next week while Canberra is bracing for a frosty -4C.

The low-pressure system bringing the freezing winds will be slow moving, so icy conditions will last until next weekend. 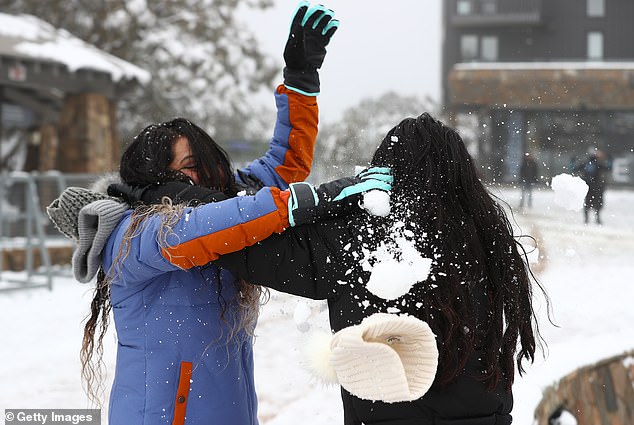 Mount Hotham and Falls Creek have both seen record snowfalls of almost a metre each, while Mount Buller’s 73cm is the highest is more than two decades

Weatherzone forecaster Chris Matthews said Sydneysiders were in for a cold week with the highest temperature forecast at 17C.

‘This week will feel much colder because of the wind chill factor,’ he told Daily Mail Australia.

On top of the freezing air, parts of NSW, Victoria, the ACT and SA will also be hammered with rainfall over the next few days.

Adelaide has a high chance of showers over the next few days but is expected to dry up by Sunday. In parts of the southwestern slopes and Riverina in NSW, thunderstorms are likely.

Storms are also on the forecast for Melbourne, while Sydney will have a dry week.

Herschel Walker fires back at Obama for calling him a ‘celebrity’