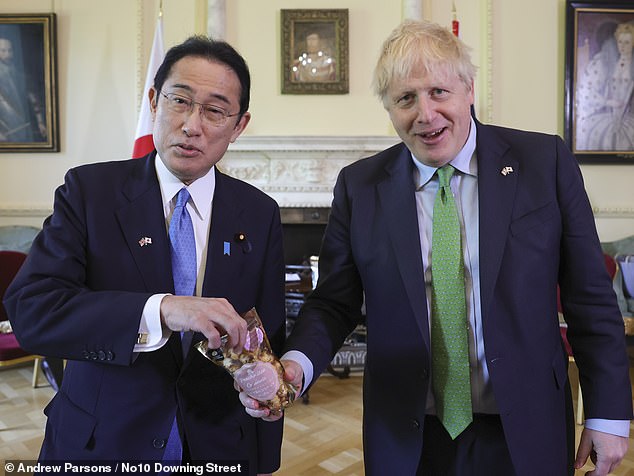 Food from near the old nuclear plant in Fukushima, Japan, is now free to be sold in Britain after the ban stopping the radioactive fish and vegetables has now been lifted.

Since the disaster in 2011, the Food Standards Agency stopped Japanese imports containing more than 100 becquerels of radioactivity per kilogram, but has now decided to lift the threshold.

The tight restriction included 23 farm products including fish, vegetables, bamboo shots and bracken, with control over a wider range of products such as baby food and breakfast cereals having been lifted several years ago.

The Fukushima nuclear disaster on 11 March 2011 at the Daiichi Nuclear Power Plant in Okuma, Fukushima, was the most severe nuclear accident in the world since the Chernobyl disaster in 1986.

It was caused when the plant was hit by a tsunami, triggered by the 9.0 Tohoku earthquake, leading to three of the plant’s six nuclear reactors going into meltdown and releasing radioactive materials.

A total of 300,000 people evacuated the Fukushima area on the east coast and 15,884 people died due to the earthquake and tsunami.

Reports claim that the soil and water in the Fukushima area, in the northern part of Nakadōri, still contains high levels of radiation which makes the clean-up effort difficult.

Food from near the old nuclear plant in Fukushima, Japan, is now free to be sold in Britain after the ban stopping the radioactive fish and vegetables has now been lifted. Pictured, PM Boris Johnson meets Japan leader Fumio Kishida on Wednesday and shared popcorn to celebrate the restrictions being lifted

The FSA said: ‘Our risk assessment shows that removing the maximum level of radiocaesium for food imported from Japan to the UK would result in a negligible increase in dose and any associated risk to consumers,’ according to The Telegraph.

‘Without specific import controls, the emphasis would fall on food businesses to ensure food is safe.’

To celebrate the removal of restrictions between Britain and Fukushima trade, Prime Minister Boris Johnson and Japanese leader Fumio Kishida shared some popcorn.

The pair met in London on Thursday, with Downing Street adding that the Prime Minister was ‘pleased Great Britain would soon lift the remaining restrictions on Fukushima’.

During their meeting, they also confirmed a new defence agreement which will allow their military forces to carry out training and joint exercise, as well as disaster relief activities.

British supermarkets Tesco and Waitrose have said they are not planning on introducing the items from Fukushima at the moment. 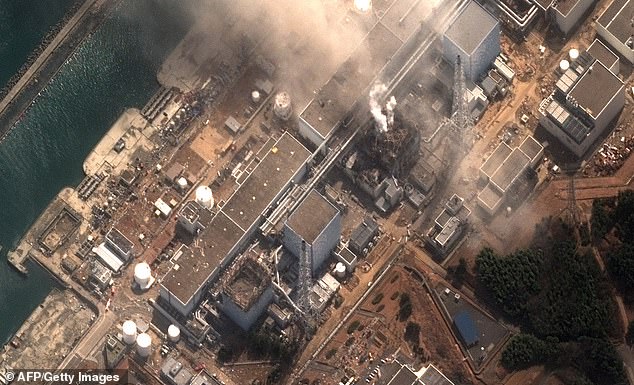 The Fukushima nuclear disaster on 11 March 2011 (pictured) at the Daiichi Nuclear Power Plant in Okuma, Fukushima, was the most severe nuclear accident in the world since the Chernobyl disaster in 1986

The products are readily available at particular Japanese grocers in the UK at the moment.

During the Brexit transition period in 2019, the UK agreed to ‘mirror’ the regulations set by the EU where they relaxed import rules, with Brussels having scrapped the need for radiation inspection certificates except certain fish products, mushrooms and wild vegetables.

The EU was then allowed to sell French champagne, foie gras, cognac and wine with reduced taxes in Japan.

The Fukushima nuclear disaster was a failure at the Fukushima I Nuclear Power Plant on 11 March 2011.

It was caused when the plant was hit by a tsunami, triggered by the 9.0 Tohoku earthquake.

This led to three of the plant’s six nuclear reactors going into meltdown and releasing radioactive materials.

Reports claim the soil and water in the region still contains high levels of radiation which makes the clean-up effort difficult.

A total of 300,000 people evacuated the Fukushima area on the east coast and 15,884 people died due to the earthquake and tsunami.

Leaders Johnson and Kishida are also said to have spoken about North Korea’s ballistic missile launch on Wednesday this week.

North Korea launched a ballistic missile toward its eastern waters, South Korean and Japanese officials said, as the country’s nuclear development is set to accelerate.

The missile launch comes days after North Korean leader Kim Jong Un vowed to speed up the development of his nuclear weapons ‘at the fastest possible pace’ and threatened to use them against rivals.

The launch, the North’s 14th round of weapons firing this year, also came six days before a new conservative South Korean president takes office for a single five-year term.

South Korea‘s Joint Chiefs of Staff said in a statement that the missile was fired from the North’s capital region and flew to the waters off its eastern coast.

It called North Korea´s repeated ballistic missile launches ‘a grave threat’ that would undermine international peace and security and a violation of UN Security Council resolutions banning any ballistic launch by the North.

A No 10 spokesman told The Telegraph: ‘The Prime Minister condemned the provocative actions and said the UK stood shoulderto-shoulder with Japan and our Indo-Pacific allies.’

Boris Johnson added: ‘There is a direct read-across from the actions of autocratic, coercive powers in Europe to what may happen in East Asia. That’s why we want to work more closely together.

‘As two great island democracies, and the third and fifth largest econo mies in the world, the UK and Japan are focused on driving growth, creating highly skilled jobs and ensuring we remain technology superpowers.

‘The visit of prime minister Kishida will accelerate our close defence relationship and build on our trade partnership to boost major infrastructure projects across the country – supporting our levelling up agenda.’

Jessica Simpson fits into skirt that she had previously worn when she was just...

Court is to hear claim that Lord Mountbatten committed abuse of 11-year-old boy at...