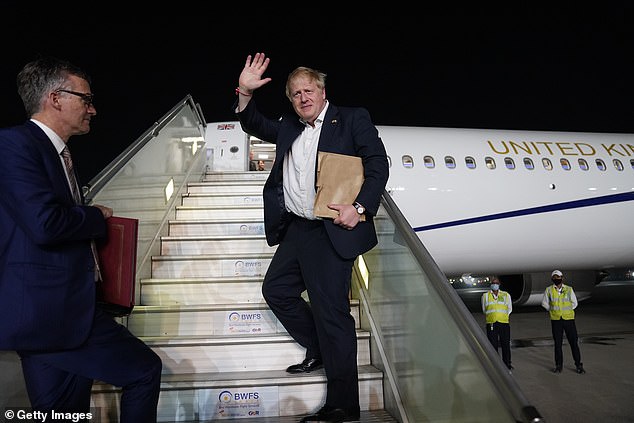 By Glen Owen and Anna Mikhailova For The Mail On Sunday

Boris Johnson could ratchet up preparations for an early General Election in an attempt to ease pressure from within his party for a leadership challenge, senior Government sources believe.

Party whips think it is now inevitable that the Prime Minister will face a vote of no confidence if the Conservatives lose the by-election in marginal Wakefield that is expected in June, following weeks of damaging rows over lockdown parties in Downing Street.

Sources believe a total of 46 letters calling for a vote have been sent to Sir Graham Brady, chairman of the backbench Conservative 1922 Committee, just eight short of the total needed. A contest is triggered if a majority of MPs vote for it.

But the Government sources think that if Mr Johnson can hang on until the autumn, the prospect of a potential election in 2023, rather then the expected 2024, will stay the rebels’ hand as it would not leave sufficient time for a new leader to bed in before polling day. 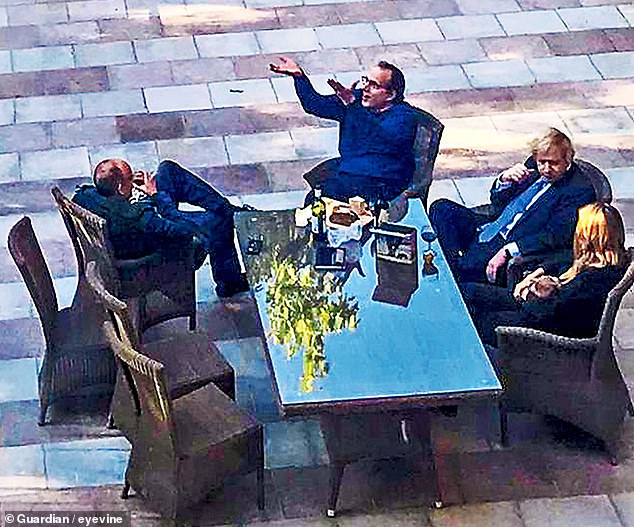 Mr Johnson is pictured sitting around a table in the Downing Street garden in May 2020 with his wife Carrie Johnson, former chief aide-turned-rival Dominic Cummings, and Principal Private Secretary ‘Party Marty’ Reynolds

Tory party whips have told backbenchers they shouldn’t be ‘spooked’ if Boris Johnson is hit with a maximum £10,000 fine for lockdown breaches.

It comes amid growing nerves among Tory MPs about the party in the Downing Street flat on November 13, 2020, after chief adviser Dominic Cummings resigned, during which Abba songs blared out.

Mr Johnson has denied there was a party. The Mail on Sunday understands that he has given a private account of the 13 November events, in which he said he and some staffers went up to the flat for a ‘council of war’ after Mr Cummings’s departure ‘to work out what to do next’.

The sources put the odds of Mr Johnson leading the party into the next election at 50-50.

Tensions over the long-running Partygate saga came to a head again last week after MPs backed a Commons inquiry into whether Mr Johnson has misled them.

That followed attempts by No 10 to delay the vote being abandoned following a rebellion by Tory backbenchers.

It is understood that up to 40 Government Ministers, ministerial aides and senior Tories were prepared to defy Downing Street in a show of strength which could not be ignored.

Mr Johnson, his wife Carrie and the Chancellor Rishi Sunak were fined by police earlier this month for breaching lockdown rules by attending a gathering to celebrate his birthday in June 2020.

The Prime Minister – who returned yesterday from a two-day visit to India – is known to have attended at least two more of the 12 events being investigated by the Met Police.

David Canzini, who was appointed as Mr Johnson’s deputy chief of staff two months ago, has been drumming into Government advisers the need to be prepared ‘for a General Election at any time’.

A key ally of long-term Johnson adviser Sir Lynton Crosby, Mr Canzini, has been tasked by the Prime Minister with exerting a new grip on the Government’s operations.

No 10’s original plan for election timing was to ‘go long’ into 2024 to give the economy time to recover from the impact of the pandemic, and allow Mr Sunak the time to woo voters with a tax cut. 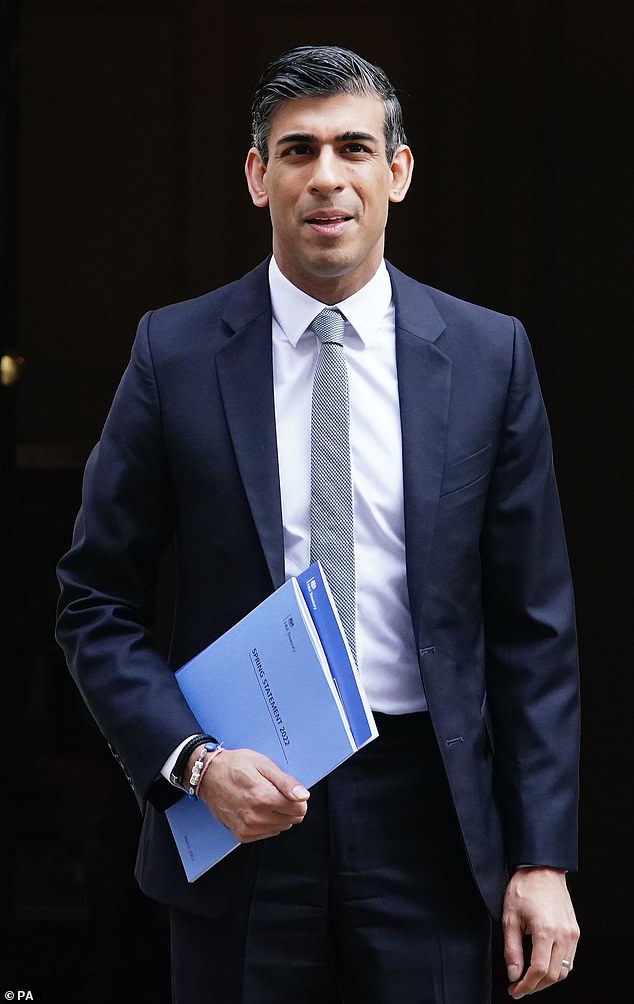 Mr Johnson, his wife Carrie and the Chancellor Rishi Sunak (above) were fined by police earlier this month for breaching lockdown rules 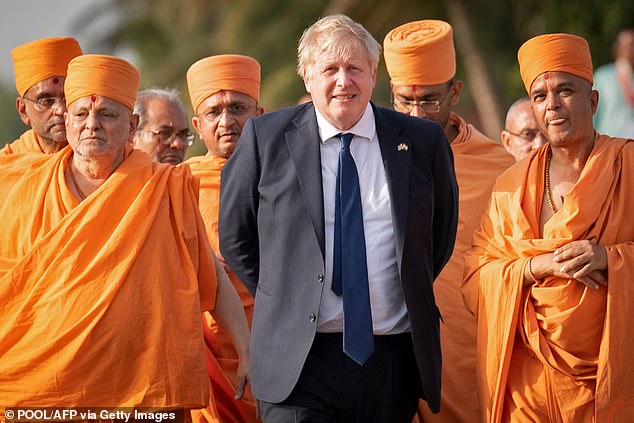 Firms would face multi-million-pound fines for forcing whistleblowers out of their jobs and covering up wrongdoing, under a proposed new law.

Tory MP Mary Robinson wants to establish a whistle-blowing tsar to stand up for employees who find themselves bullied, blacklisted or sacked for raising the alarm.

Whistleblowers have been vital in exposing NHS scandals, child sex abuse and major frauds, yet many have faced losing their livelihoods.

The Bill, which will be launched in Parliament on Tuesday, proposes slapping firms with fines of £18 million or ten per cent of their global turnover for such behaviour.

However, these considerations are being outweighed by calculations about how to keep Mr Johnson in power.

Last night it was claimed that up to seven Conservatives have talked to Labour about defection. Particular concern has been raised about Dehenna Davison, a Red Wall MP.

The Prime Minister’s fate now lies in the hands of the Commons Privileges Committee, which has the power to examine the estimated 300 pictures of lockdown-busting parties collected by the Met.

Labour, which has the power to appoint the chairman of the seven-strong committee, is looking for a ‘big beast’ such as former Foreign Secretary Dame Margaret Beckett to head the probe.

The party’s Chris Bryant had to recuse himself from the Committee last week after publicly accusing Mr Johnson of being a ‘proven liar’.

A Labour source confirmed the party was looking for a ‘grandee, an elder statesman’ to take Mr Bryant’s place.

Some MPs last night called for the whole committee to be temporarily replaced by new candidates – as was done for the Parliamentary inquiry into Tory former Cabinet Minister Damian Green – to ensure fair process.

This follows concern that three of the four Tories on the committee – Laura Farris, Alberto Costa and Andy Carter – are on the Government payroll as ministerial aides.

Golden Globes 2023 LIVE: Everything you need to know from who will win to...

Sophie Cachia’s racy response to a fan who asked if she has a new...