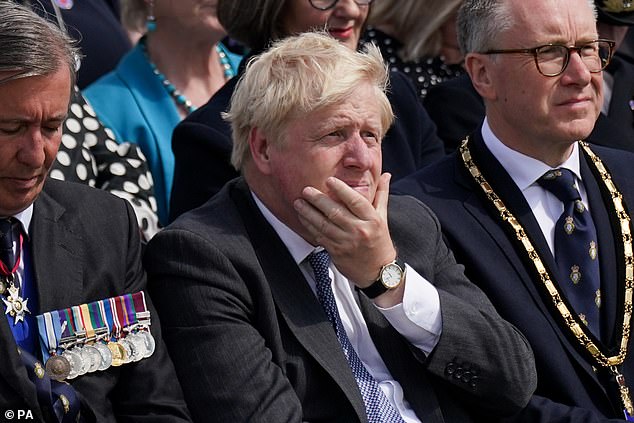 Brussels threatened a trade war with Britain today as it launched a legal battle over Boris Johnson’s plans to abandon parts of the Brexit agreement to ease political pressure in Ulster.

The European Commission announced fresh legal action this morning as part of a series of measures in response to the Government’s move to unilaterally scrap parts of the Northern Ireland Protocol.

The European Commission is also resuming legal proceedings against the UK that were shelved last year to facilitate negotiations on post-Brexit trade.

The Government has been given two months to respond before the case goes to the European Court of Justice.

The bill aims to sweep away key parts of the Protocol – including a check-free ‘green channel’ for goods from mainland Britain and stripping control from the EU court.

European Commissioners will gather today to draw up plans for fresh legal action against the UK after the publication of the Government’s proposals to override parts of the Northern Ireland Protocol. 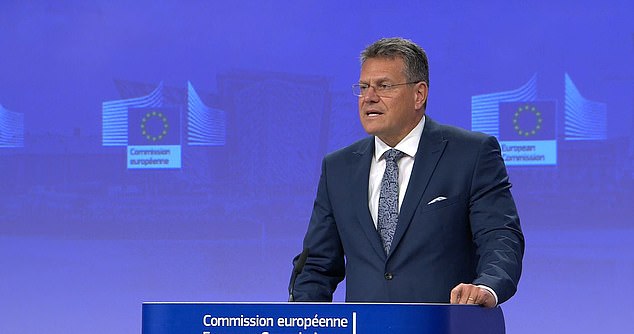 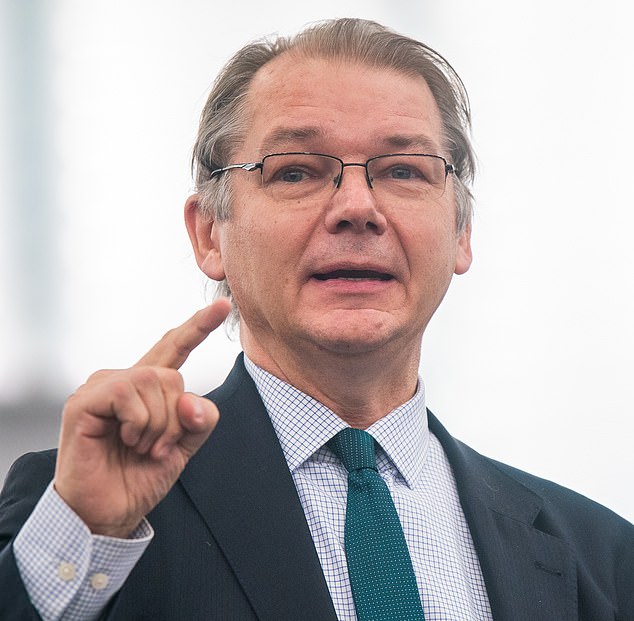 Belgian Green MEP Philippe Lamberts told BBC Radio4’s Today programme: ‘Everyone knows this is not about solving problems. It’s about political posturing and deviating attention from other problems in the United Kingdom and therefore our patience has been tested to the extreme by Boris Johnson.’

It would also ensure that VAT changes from Westminster apply to the province, permit state subsidies, and give ministers wide-ranging powers to cancel more of the divorce terms later if required.

The Government is arguing the move does not break international law because there is an established ‘doctrine of necessity’ for changing treaties if they are causing serious harm.

The stalled legal action related to the UK’s unilateral extension of protocol grace periods in 2021. Resuming the proceedings, the EU is issuing the UK with a ‘reasoned opinion’ and giving it two months to respond. If the UK does not respond to the bloc’s satisfaction, it will refer the matter to European Court of Justice.

The two new infringement proceedings announced on Wednesday relate to alleged UK failures around Sanitary and Phytosanitary rules which are checks on agri-food produce entering NI from GB.

It came as a Belgian MEP accused the PM of using the row to cover up for problems he is facing in the UK over the soaring cost of living and Partygate.

Green politician Philippe Lamberts told BBC Radio4’s Today programme: ‘Everyone knows this is not about solving problems. It’s about political posturing and deviating attention from other problems in the United Kingdom and therefore our patience has been tested to the extreme by Boris Johnson.’

But Tory MPs said it should be the EU in the dock for its heavy-handed implementation of post-Brexit trade checks in NI that have been blamed for fuelling political tensions in the Province.

Former Cabinet minister Sir John Redwood said it was ‘absurd’ that the UK was being threatened with legal action for defending the Protocol. ‘Why don’t they own up to the way they have broken the law by undermining the Good Friday Agreement?’ he said. ‘They are the lawbreakers, not the UK.’

The Government’s proposals would allow it to introduce a new ‘green lane’ that would avoid all checks on goods destined for use in Northern Ireland.

British Ambassador to Ireland Paul Johnston has said that the UK Government is tabling a Bill to amend the Northern Ireland Protocol because it ‘isn’t working as well as we would want’.

‘We’d like to make changes, ideally through negotiation with the European Union… We haven’t got there yet, so we’re introducing this legislation,’ he told RTE Radio.

In relation to the European Commission’s proposals published in October on how to improve the protocol, Mr Johnston said it was an ‘important effort’, but that they had proposed mitigating parts of the protocol that had not yet been implemented, which the ambassador said ‘no-one is talking about any more’.

‘It’s really important that each side continues to clarify misunderstandings, address points that are in dispute, and also discuss the way forward,’ he added.

Pierre Kartner aka Father Abraham on The Smurf Song – which nearly topped UK...

Benefits Of Getting HR Services For Your Company