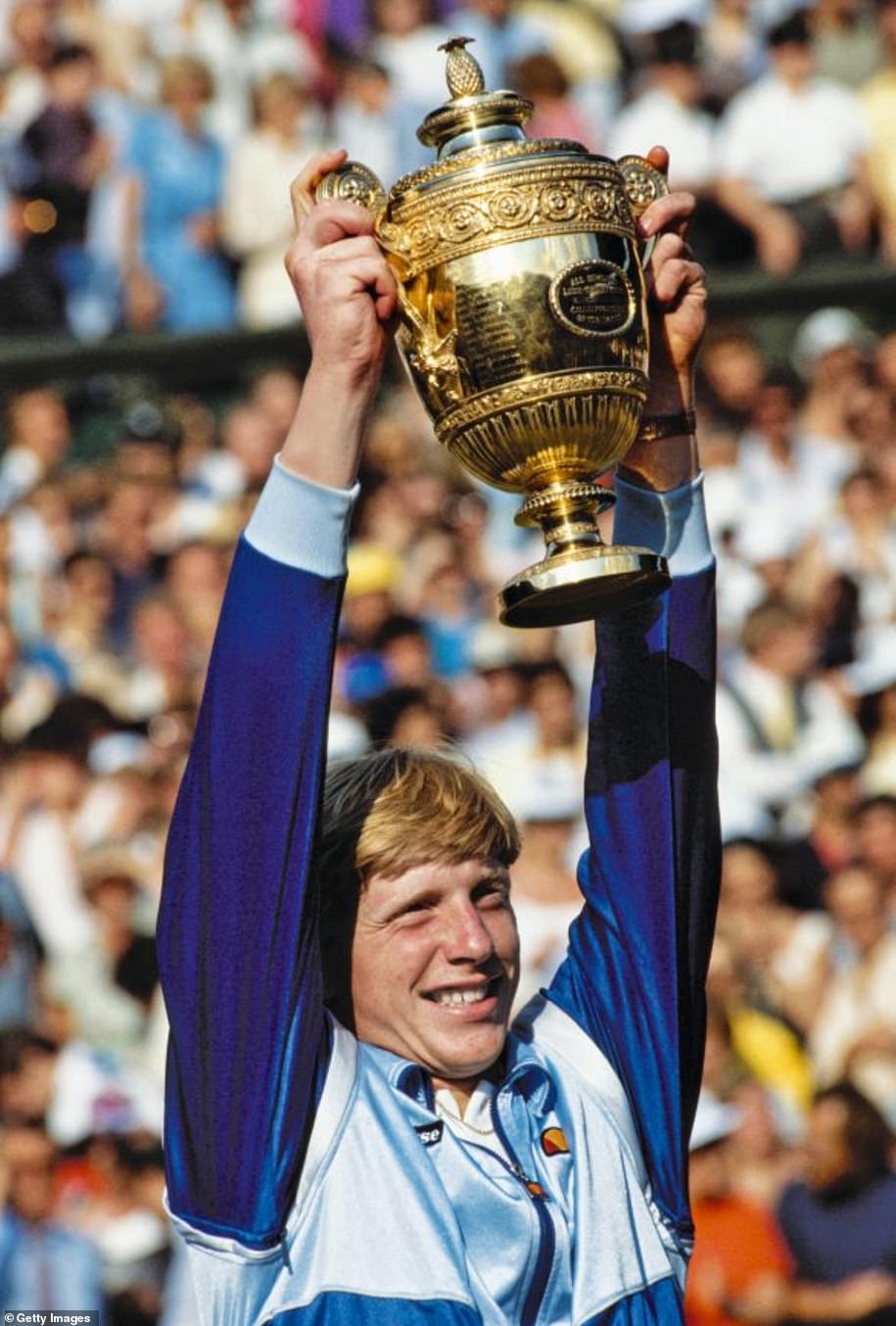 Few sports stars have ever hit the height of Boris Becker’s tennis careers – and none as young as the German ace.

Born in Leimen, West Germany, in 1967, Becker, the son of an architect father and a Czech immigrant mother, was thrust into the world of tennis from a young age.

His father founded a tennis centre in the town, where Becker honed his skills early on.

By the age of 10, in 1977, he was a member of the junior team of the Baden Tennis Association.

He went on to win the South German championship and the first German Youth Tennis Tournament.

After winning funding for training from the German Tennis Federation, he turned professional at 16 in 1984, winning the Tennis World Young Masters at the NEC in Birmingham in 1985, before claiming victory at Queens in June.

In July 1985, aged 17, he entered Wimbledon as an unseeded player and took the tournament by storm, beating Kevin Curren by four sets in the final

Two weeks later, in July, aged 17, he entered Wimbledon as an unseeded player and took the tournament by storm, beating Kevin Curren by four sets in the final.

At just 17 years and 228 days old he became the youngest men’s singles champion at SW19 – and immediately became a household name.

The following year he defend his title, beating then world number one Ivan Lendl to secure back-to-back Wimbledon titles.

He appeared in 77 finals and won 49 singles titles during his 16 years as a tennis pro.

But by 1993, facing criticism over his marriage to wife Barbara and tax problems with the German government, had caused Becker to slide into a severe mid-career decline.

In 1997, Becker lost to Sampras in the quarterfinals at Wimbledon. After that match, he vowed that he would never play at Wimbledon again.

However he returned one more time to the prestigious west London tennis club, in 1999, this time losing in the fourth round to Patrick Rafter.

Off the court, his personal troubles continued. He had to pay £2.4million after he fathered a daughter, named Anna, with a Russian model while married to wife Barbara.

That incident took place after he crashed out of Wimbledon to Rafter in 1999 and decided to retire from the sport, aged 31.

Becker, in his 2003 autobiography, Stay A Moment Longer, revealed how he ‘cried my eyes out’ and felt the need to go out for a few beers with friends.

However his then wife Barbara, seven months’ pregnant with their second son, wanted him to stay at their hotel with her. 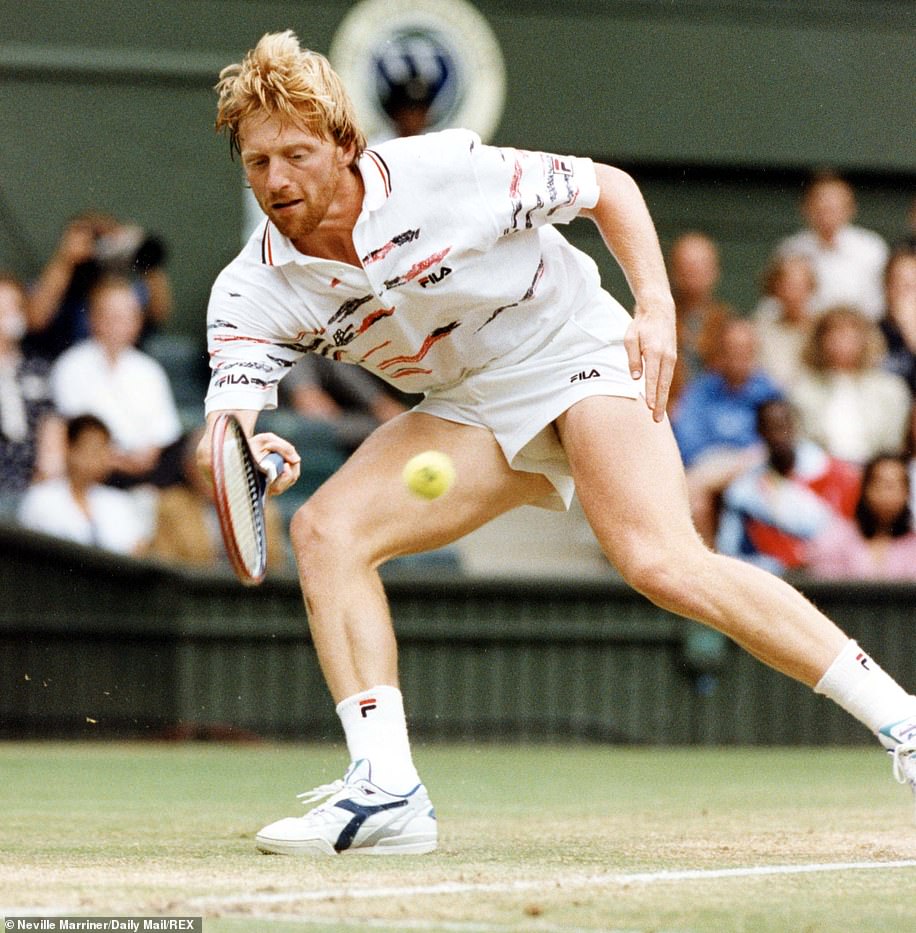 But by 1993, facing criticism over his marriage to wife Barbara and tax problems with the German government, had caused Becker to slide into a severe mid-career decline

‘She couldn’t and wouldn’t understand that she suddenly wasn’t first in my priorities,’ said Becker.

‘I said, ‘Just once more with the lads, Barbara, just once more to say farewell and then it’s only you’. That didn’t work. We rowed for two whole hours. Suddenly she was in pain and decided to check into hospital.;

Becker said he told his wife to call him if the baby was really on the way, then hit the town.

By 11pm he was at the bar in Mayfair’s Nobu and spotted Russian model Angela Ermakowa. The pair had sex on the staircase in the London outpost.

The following February his secretary handed him a fax in his Munich office. It read: ‘Dear Herr Becker, We met in Nobu in London. The result of that meeting is now eight months old.’

He later split from his first wife Barbara Feltus, a divorce which is estimated to have cost him more than £15million, as well as their home in Miami.

Becker found a new post-tennis purpose soon after, joining the BBC for its annual coverage of Wimbledon – to great success.

But his personal problems continued. He had a short engagement to Alessandra Meyer-Wölden in 2008, before announcing that he and Dutch model Sharlely ‘Lilly’ Kerssenberg would marry in 2009.

After nine years of marriage, and a child, Becker’s fourth, the pair split in 2018.

A year earlier, Becker had been declared bankrupt in June 2017 over an unpaid loan of more than £3million on his estate in Mallorca, Spain.

His former business partner, Hans-Dieter Cleven, also claimed that the former tennis ace owed him more than £30million – though the case that was rejected by a Swiss court.

No end in sight to holiday nightmare as airlines ‘resign themselves to summer of...

Game of Thrones actor Joseph Gatt arrested for having sexually explicit chats with a...