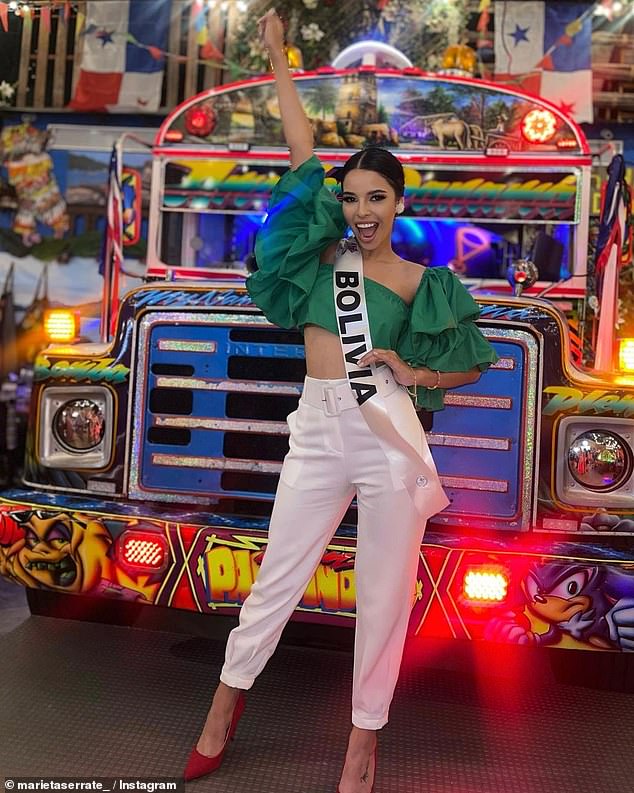 Bolivia’s Miss Universe contender under fire for ‘racist and discriminatory’ remarks on social media that targeted rival contestants, including two she said looked like ‘transsexuals’

By Adry Torres For Dailymail.com

Bolivia’s representative for the Miss Universe beauty pageant is being sued for remarks she made in a video about her fellow contestants.

A local city government is seeking to ban Maria Fernanda Pavisic, 23, from the contest after she posted remarks that were deemed disparaging against other contestants on her Instagram account.

The mayor’s office from the southern city of Potosí filed a complaint with the South American nation’s Office of the Attorney General, accusing Maria Fernanda Pavisic of discrimination and racism.

The Potosí city government is also seeking to have her stripped of her Miss Bolivia title.

Miss Bolivia Maria Fernanda Pavisic has come under fire after she posted a video on Instagram last week in which she referred to Miss Paraguay, Miss Brazil and Miss El Salvador as ‘old ladies’ and said that Miss Venezuela and Miss Peru resembled ‘transsexuals.’ In the video clip, the 23-year-old model and psychology student referred to Miss Argentina as ‘Miss Potosí’ – Potosí is a city in southern Bolivia. The municipality’s mayoral office filed a complaint with the South American nation’s Office of the Attorney General, accusing her of discrimination and racism 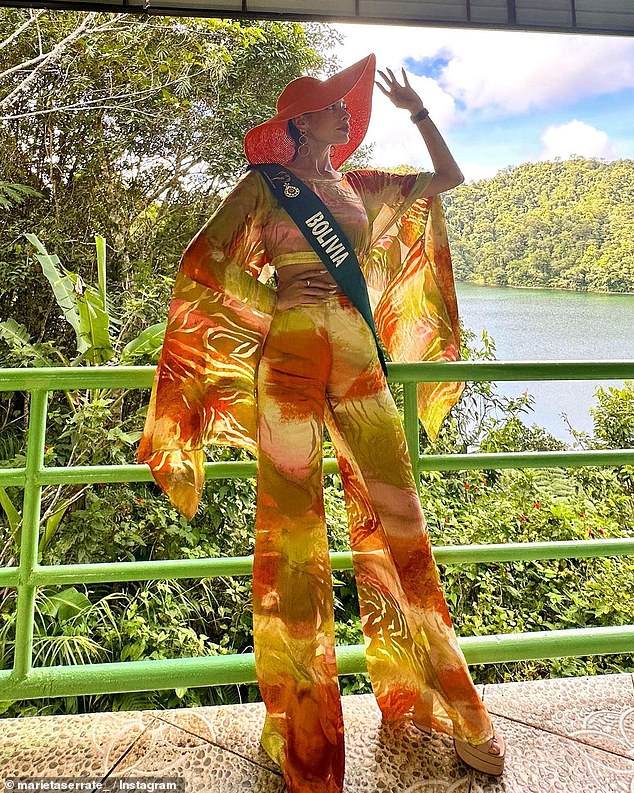 Miss Bolivia, Maria Fernanda Pavisic, will be representing the South American nation at the Miss Universe 2023 pageant, which is set to take place January 4 in New Orleans

Pavisic made the comments in a video posted to her Instagram stories last week. She is competing in the Miss Universe 2023 contest, which is scheduled to be held on January 4 in New Orleans.

She referred to Miss Paraguay, Miss Brazil and Miss El Salvador as ‘old ladies’ and claimed that the beauty queens representing Ecuador, Aruba, and Curaçao all belong in the ‘thanks for participating’ category. 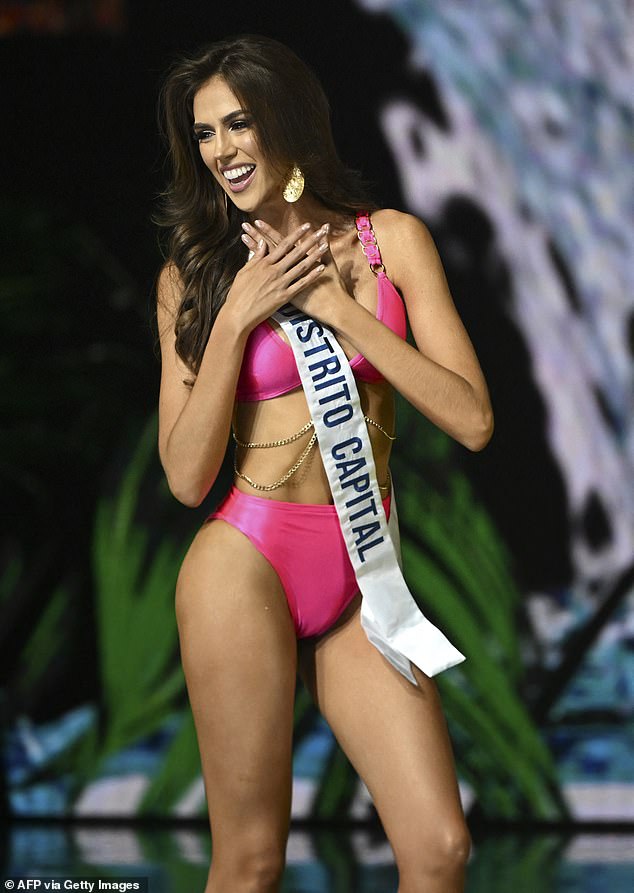 Miss Venezuela, Diana Silva, was among the Miss Universe participants who were criticized by Miss Bolivia, Maria Fernanda Pavisic, who said she and Miss Peru looked like ‘transsexuals.’ The remark was made in a video posted to Instagram by Pavisic last week

Pavisic, who is from the Santa Cruz region, then posted a video in which she apologized to the contestants and said that her original remarks were part of a ‘social experiment.’

‘There have been many Misses Bolivia but my intention was always to generate change, for a long time I have published positive content, self-love, working with my social project and showing my culture,’ she wrote on Instagram.

Pavisic argued that the purpose of her video was to show that social media users always tend to share content that is viewed as negative instead of posts that carry a positive message.

‘People decide to support the negative but I risked everything to leave a message, I have always said that it does not matter what people say about you, instead what you think of yourself, and this is clear proof that the last thing that what matters are the comments, but I do care about generating a change or at least that people who see this video and start thinking!’ she wrote. 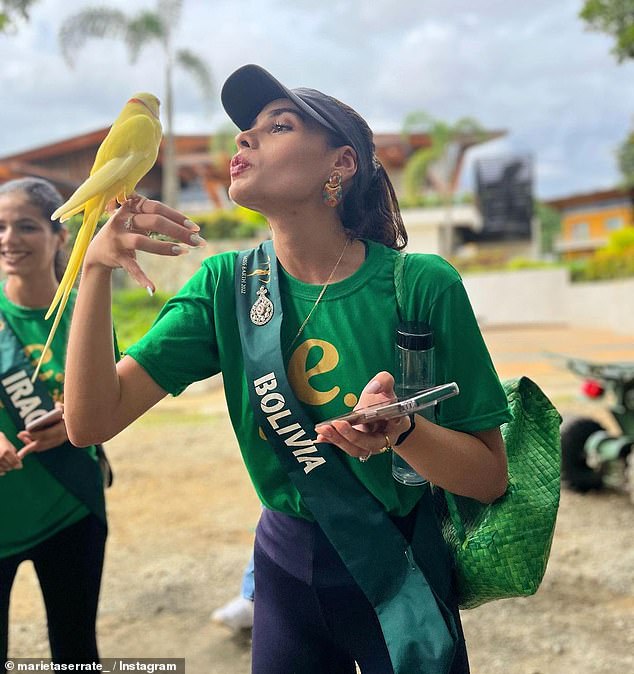 Pavisic said it was not her intention to ‘involve derogatory comments (there are no insults) to try to cause as little damage as possible to the candidates, and again I apologize because I am not the one to judge them, ‘make fun’ or make them have a hard time (as no one should do).’

Despite her heartfelt apology, Potosian authorities considered it insufficient.

‘She has denigrated the Potosian woman, she has no merit or morals to represent Bolivia in an international contest’, Potosí mayoral advisor Richard Alejo told The Associated Press.

Roxana Graz, head of the Potosí civic committee, called on Promociones Gloria, which is responsible for the Miss Universe franchise in Bolivia, to remove Pavisic as Miss Bolivia.

No scrubs! Alex Scott flashes washboard abs in a leather-look outfit as she channel’s...

The tragic life of Rikki Neave

Iran is working on advanced uranium centrifuges which could be used to make nukes,...

Horrifying moment man grabs a woman and flings her onto the subway tracks in...