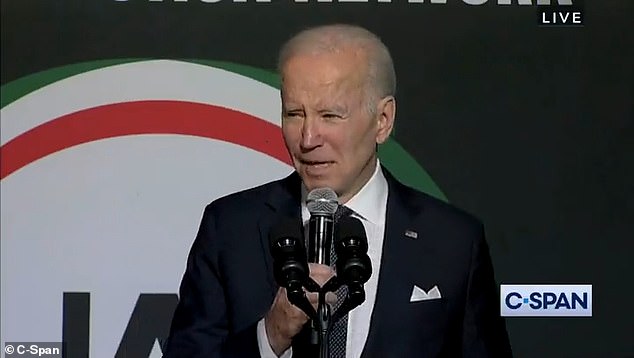 President Joe Biden, 80, made an embarrassing misstep when he forgot the name of Martin Luther King III’s wife while initiating a group singing of the Happy Birthday song during an event honoring the late civil rights leader.

During Biden’s remarks at the National Action Network Martin Luther King Jr. Day breakfast on Monday, he paused to encourage everyone to sing Happy Birthday to Waters King. The strange speech also included a moment where the president called Republicans ‘fiscally demented.’

‘Well look, my wife has a rule in our family – When it’s somebody’s birthday you sing Happy Birthday,’ the president said of first lady Jill Biden. 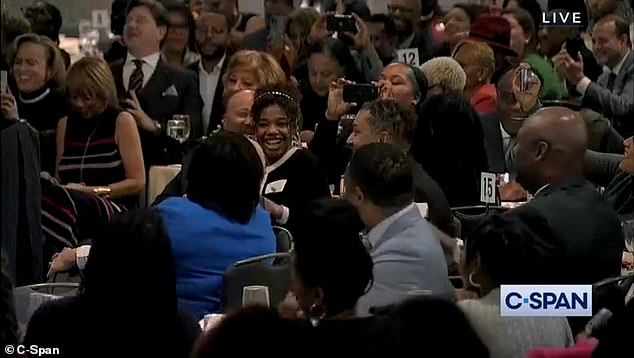 But when the time came for Biden to place Waters King’s first name into the verse, Biden instead mumbled.

It appears that he started to say the name Valerie instead of Arndrea.

There was general laughter amongst the crowd as the president loudly mumbled the incorrect, incoherent name over the microphone at the The Mayflower Hotel in Washington, D.C.

The president concluded the latest gaffe with a futile: ‘Well.’

Arndrea has been married to King III since 2006. The two have one daughter, Yolanda Renee King. 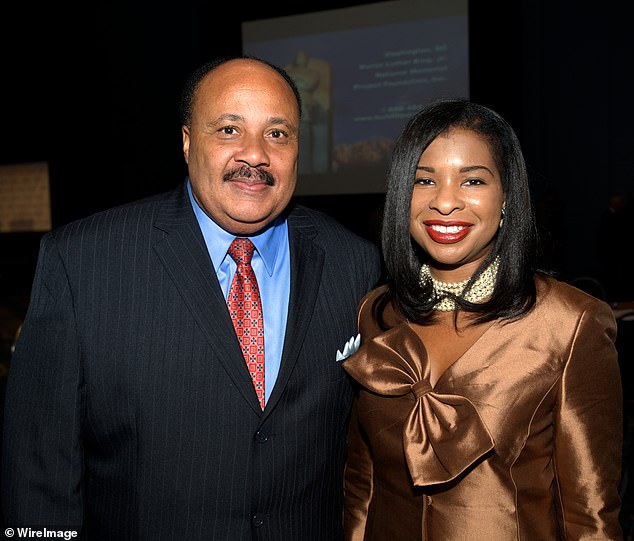 The president attacked Republicans for being ‘fiscally demented’ as he touted a reduction in the federal deficit of $1 trillion.

‘Hear me, that’s a fact,’ Biden said to scattered claps. ‘And there’s going to be hundreds of billions reduced over the next decade.’

He then went into a slurred and muttered remark against the GOP, saying: ‘But so what, these guys – well, they’re fiscally demented, I think.’