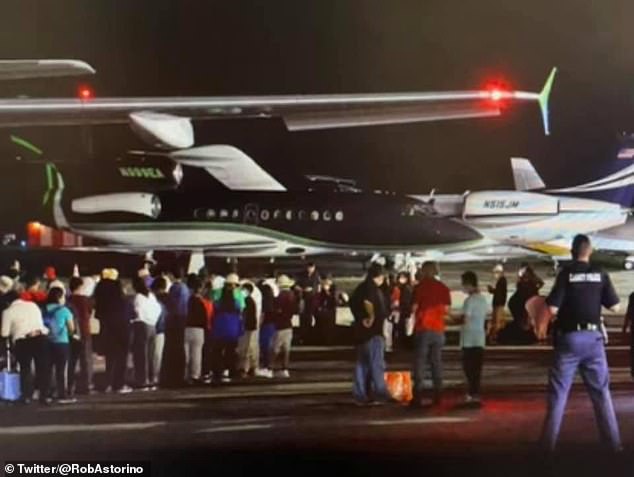 The Biden administration has resumed its secret charter flights of underage migrants from the U.S.-Mexico border to Westchester, New York.

The children then boarded three buses waiting for them, with one traveling to the Walt Whitman Service Area in Cherry Hill, New Jersey, where several teens disembarked and met up with adults who were waiting for them just after midnight.

The Biden administration has resumed its secret charter flights of underage migrants from the U.S.-Mexico border to Westchester, New York Pictured, migrants disembarking from a flight in August 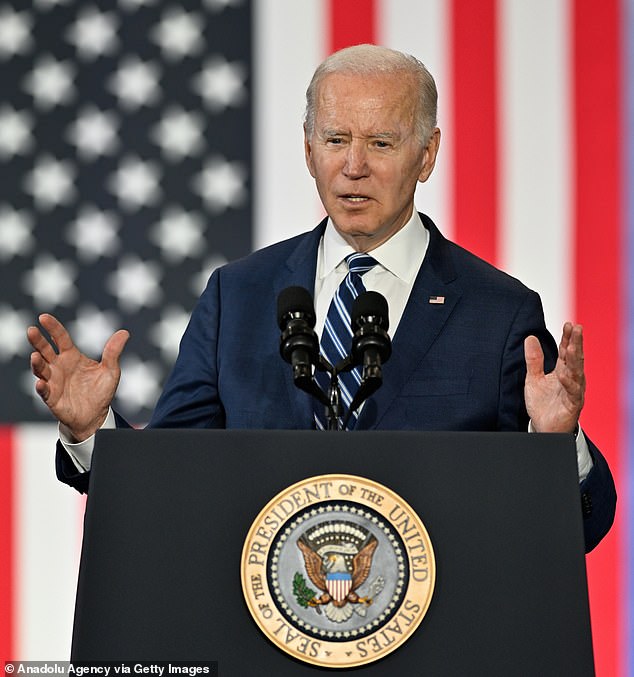 Analysis of online tracking data suggested that 21 flights, since August 8, have brought around 2,000 migrants caught after crossing the border from Mexico to the Westchester airport.

A White House official said that the flights were being used to ‘transport unaccompanied minors to vetted sponsors or relatives with whom they will await the outcome of their immigration proceedings.’

The Department of Health and Human Services, which helps match the young migrants to sponsors, said in a statement: ‘It is our legal responsibility to provide safe, appropriate care to unaccompanied migrant children during the time they are in our custody, and that includes transportation to vetted sponsors.’

The White House did not immediately respond to DailyMail.com’s request for comment.

Astorino had previously released bodycam footage of Westchester Police responding to one of the secret charter flights last year.

In the August 13, 2021 footage, Westchester Police Sgt. Michael Hamborsky is seen questioning federal contractors, who are overseeing migrants embarking and boarding American Dream charter buses in the early morning hours on the tarmac of a Westchester Airport.

The footage shows Hamborsky speak to multiple contractors, who are employees of MVM Inc., a private security firm that signed a $136 million contract with the federal government last year to transport undocumented immigrants and unaccompanied children around the country.

‘I’m just trying to figure out what’s what, who’s who and how I’m supposed to keep this secure,’ Hamborsky tells the contractors, who give him the lanyards from around their necks.

‘We’re not allowed to have our picture taken when we get on base,’ one of them tells him.

‘Yes, and the United States Army,’ the contractor replies. ‘You’re on a federal installation but DHS wants everything on the down low.’ 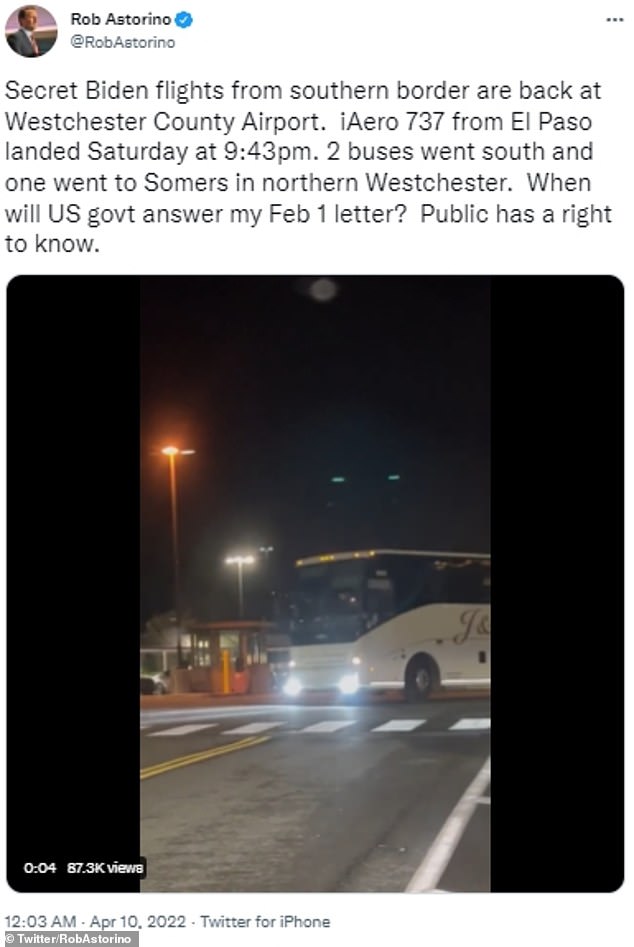 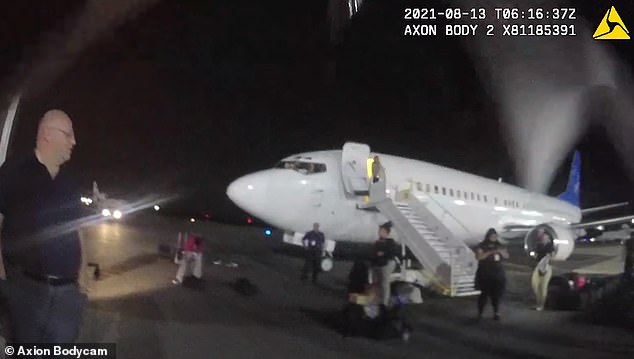 The continuation of the flights from the Southern border to Westchester comes as the U.S. saw an average of nearly 6,000 people a day crossing the border in February, according to the most recent data from the US Customs and Border Protect.

On Friday, 21 states have signed onto a lawsuit against the Biden administration to stop it from lifting the Title 42 health order for the southern border amid concerns it will bring in a greater flux of migrants into the U.S.

President Joe Biden had announced last month that he would end the Trump-era policy that allowed instant expulsion of asylum-seekers at the U.S. southern border on May 23.

Florida Attorney General Ashley Moody, who joined the suit on Friday, said in a statement: ‘Ending Title 42 would be a disaster and further the chaos at the southwest border that is making it easier for drug cartels and human smugglers to advance their illicit practices in our country.’

In February, 55 percent of the more than 164,000 migrants encountered at the border were expelled under the order.

Is the honeymoon officially over for Jennifer Lopez and Ben Affleck?

Maria Menounos, 44, and husband Keven Undergaro, 55, are expecting a child via surrogate

Police car crashes and kills woman, 53, as it chased a suspected stolen vehicle...

How To Ace The GATE Exam With Syllabus?

Dramatic last stand of one of Britain’s most-notorious killers is filmed for new ITV...

The world’s 15 most isolated homes: From Australia to Iceland