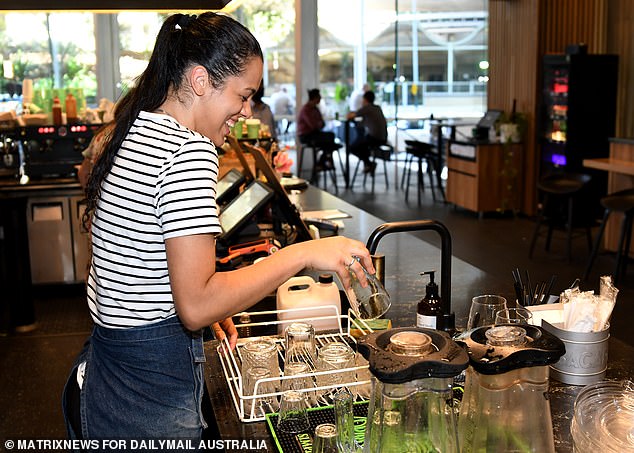 Australia’s unemployment rate drops to 3.9 per cent – the lowest point in almost 50 years

Australia’s unemployment rate has dropped to 3.9 per cent – the lowest rate since 1974.

The Australian Bureau of Statistics has announced the historic milestone just two days before the federal election as Prime Minister Scott Morrison campaigns on economic management.

The jobless level in April of 3.9 per cent was unchanged from the March figure, which was downwardly revised from 4 per cent.

That means Australia’s unemployment level is the lowest since September 1974.

Labor leader Anthony Albanese was last month unable to state Australia’s unemployment rate, wrongly guessing it was 5.4 per cent when it was officially still at 4 per cent.

Australia’s unemployment rate has dropped to 3.9 per cent – the lowest rate since 1974 (pictured is a Sydney cafe worker)

Unemployment is also below 4 per cent for the first time since the ABS began compiling monthly labour force data in February 1978 and is lower than it was during the mining boom of 2008 before the Global Financial Crisis hit.

The figures were taken before the Reserve Bank of Australia this month raised interest rates by a quarter of a percentage point to 0.35 per cent, ending the era of the record-low 0.1 per cent cash rate.

Despite falling unemployment, wages are now growing at just half the rate of inflation, making cost of living a key election issue that is more likely to politically hurt the Coalition.

The wage price index in the year to March grew by just 2.4 per cent, compared with a 5.1 per cent headline inflation rise during the same period, which was the fastest in 21 years.

That means Australians have been effectively taking a pay cut, despite employers struggling to recruit staff in a tight labour market.

Mr Albanese said he would support the Fair Work Commission increasing the minimum wage in line with inflation, after nine years of weak wages growth across the economy.

Australians are working more hours with the overall number rising in April by 1.3 per cent or 23million hours to 1.833billion. 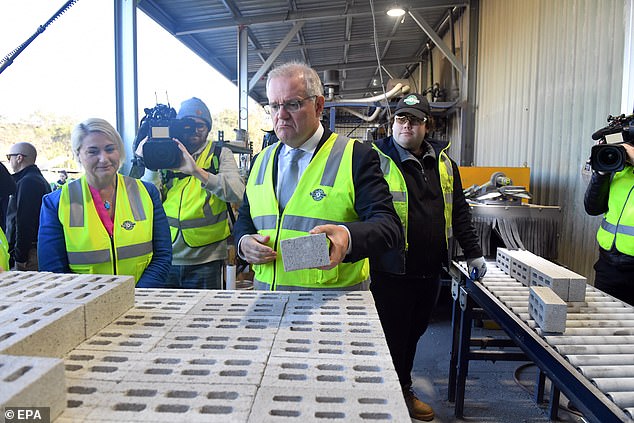 ‘Firms are partially compensating for the lack of employees by increasing hours worked though part of the increase also reflects fewer disruptions to activity due to weather events,’ she said.

‘This has pushed the underemployment rate down, but labour shortages have become a binding constraint in many sectors.

‘Given the continued strength in demand and limited additional domestic supply of workers, including the slow recovery in inward migration, it is likely that wages growth will accelerate from here.’

Chicago woman says stranger moved into her home, with cops unable to remove the...

N-Dubz star Tulisa shows off her figure as she soaks up the sun on...