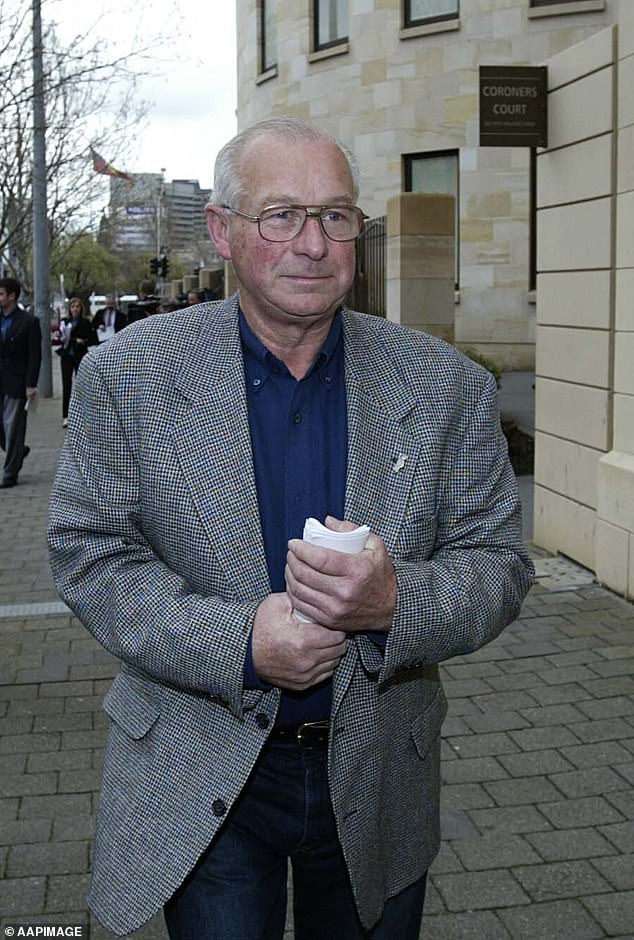 Australia’s most corrupt cop Roger Rogerson is making a last ditch attempt not to die in jail as he has applied to the High Court of Australia to appeal his life sentence.

Rogerson, who turned 82 two weeks ago inside Long Bay Jail’s aged and frail unit, lodged his application for leave to appeal just before Christmas.

He and fellow former detective Glen McNamara were sentenced to life in prison for the May 2014 murder of 20-year-old student and wannabe drug dealer Jamie Gao, whose body was found wrapped in a tarpaulin floating off Shelly Beach, Cronulla.

Jailed for life in September 2016, Rogerson lost an application to the NSW Court of Criminal Appeal over his conviction in 2021.

Rogerson’s application for leave to appeal in Australia’s highest court will wait for a response from the NSW Director of Public Prosecutions, then proceed from around March.

Rogerson, who has problems walking from a back injury, will die in prison if the High Court decides not to grant him leave.

Roger Rogerson (above) has made a last ditch bid not to die in prison, launching a High Court appeal against his conviction from his Long Bay jail cell 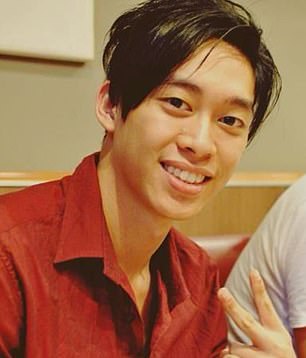 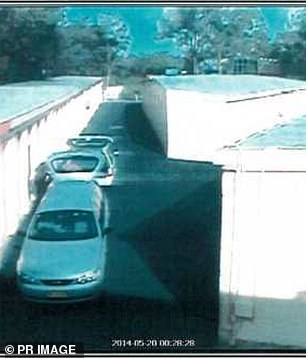 Straight A business student Jamie Gao (left) was out of his depth organising a $3m ice deal with ex-cops, lured to his death at storage unit 803 at Rent a Space , Padstow (right) around 1.50pm on May 20, 2014 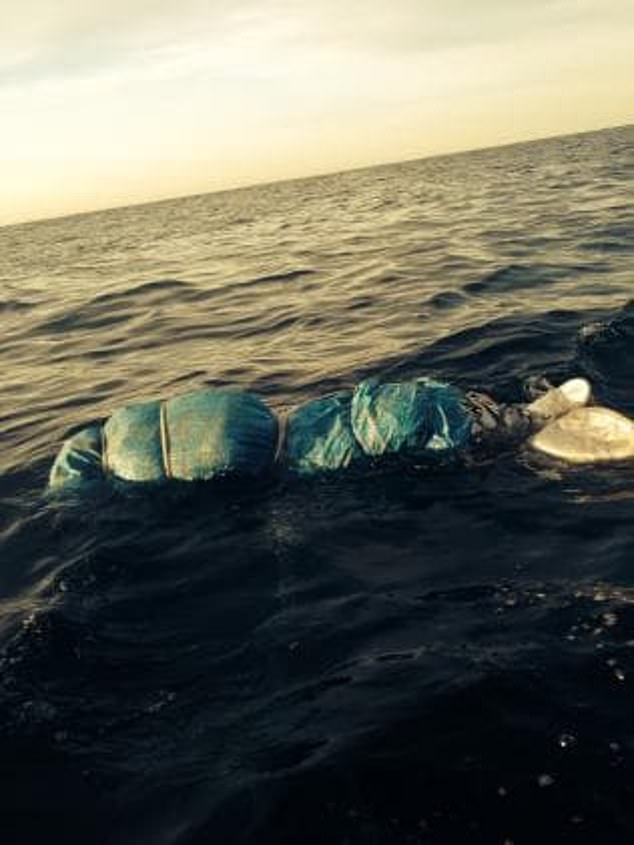 Fishermen made the grisly discovery of Jamie Gao’s body in the sea near Shelly Beach, wrapped in a surfboard cover and blue tarp and tied with ropes and chains and dumped off Cronulla

Before his murder conviction, the detective once nicknamed ‘Rodger the Dodger’ who received multiple bravery awards in his early career had been the subject of corruption allegations since the 1980s and criminal convictions since.

He was cleared of wrongdoing, but later publicly accused by Lanfranchi’s girlfriend, sex worker Sallie-Anne Huckstepp, of a corrupt cover-up.

The body of Huckstepp was later found in a Centennial Park pond and gangster Arthur Stanley ‘Neddy’ Smith was accused but acquitted of her murder.

Smith and Rogerson were alleged business partners in the heroin trade and the proceeds of armed robberies, a relationship central to the 1995 TV series Blue Murder in which Rogerson was played by Richard Roxburgh. 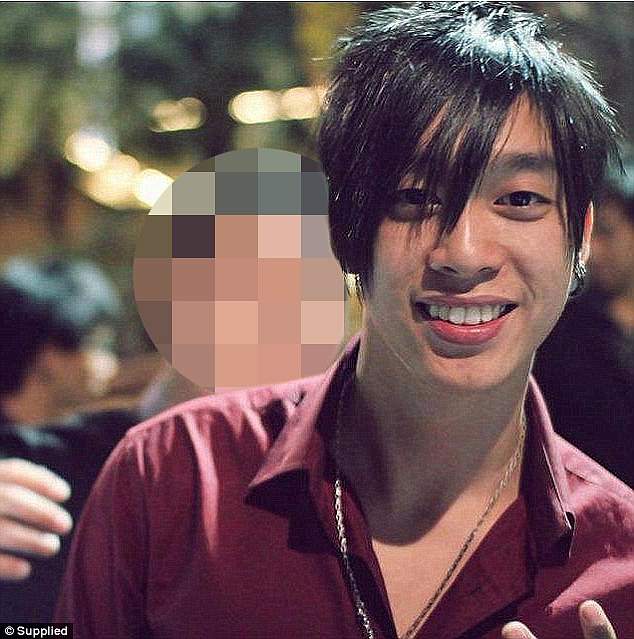 Gao, 20, collected $3m of methamphetamine from two Asian men in Padstow and was then shot twice in the chest inside a storage unit by ex-detectives Glen McNamara and Roger Rogerson 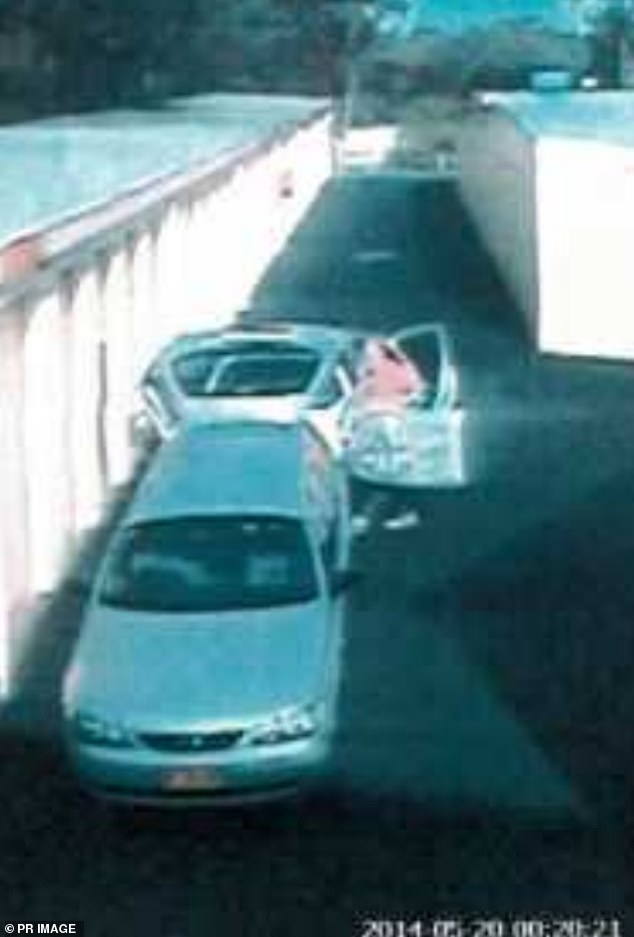 In 1984, Rogerson was accused of conspiring to murder his colleague, drug detective Michael Drury, who was shot through his kitchen window but survived.

Rogerson, hitman Christopher Dale Flannery and Melbourne heroin dealer Alan Williams were alleged to have conspired over the hit, and he was suspended and later dismissed from the NSW Police Force but was acquitted of the charge.

Rogerson did two stints in jail, in 1990 for perverting the course of justice, and in 2005 for lying under oath to the Police Integrity Commission.

He became a scaffolder, injuring his back when he fell off a roof, and then a comedian, with a travelling stage show The Good, The Bad and The Ugly with ex-AFL stars Warwick Capper and Mark ‘Jacko’ Jackson.

Rogerson enjoyed a media career at News Corp in the late 2000s, reviewing episodes of the Underbelly TV series for The Daily Telegraph and acting as a  commentator on crime. 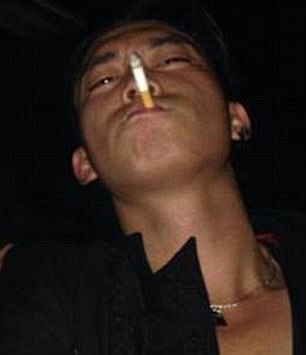 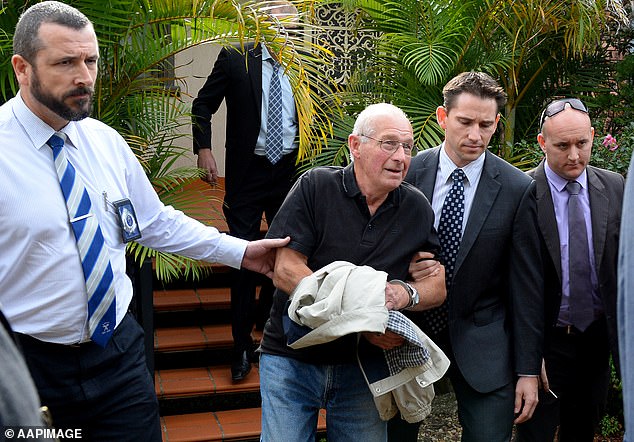 Rogerson, handcuffed and limping, is taken from his Padstow Heights home seven days after Gao’s murder and a day after the wannabe drug dealer’s body was found dumped at sea

On May 19, 2014, straight-A business student Jamie Gao left his family’s $1.5m Hurstville home to attend classes at Sydney’s University of Technology, and lunched with a friend at a nearby cafe.

Friends would later say, Gao seemed ‘normal’, but the 20-year-old had been in fact exchanging texts with ex-cop Glenn McNamara since January that year, and at 11.38am on May 20, Gao texted McNamara thanking him for buying him a drink.

Gao got into a white car around 1.40pm with the unidentified men, from whom he is believed to have collected $3million of methamphetamine.

McNamara is seen on footage ushering the young man into the unit, then Roger Rogerson walking into the unit shortly afterwards. 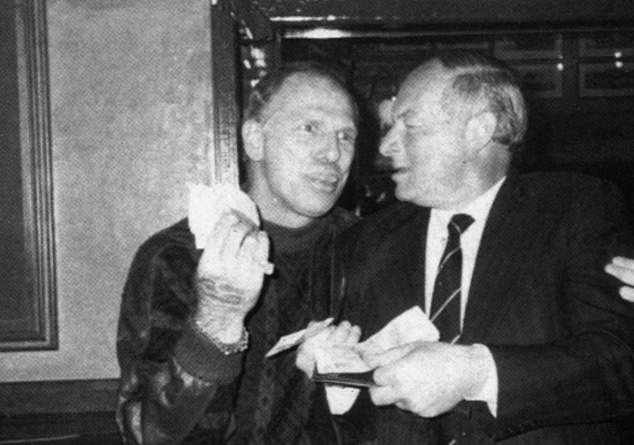 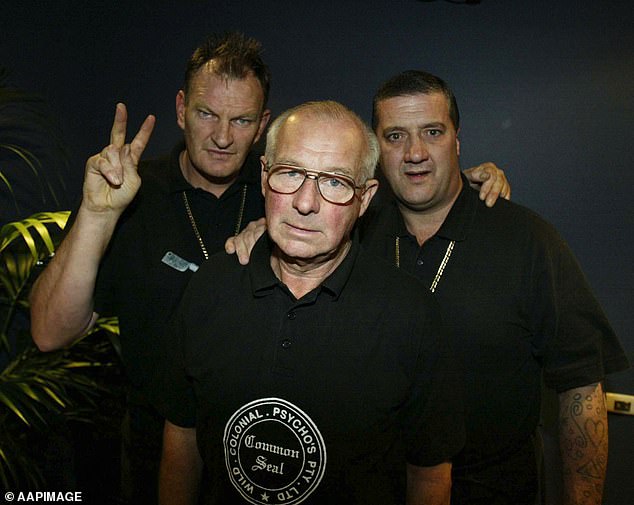 The body was put in McNamara’s white station wagon which was driven away, followed by Rogerson in his silver Ford Falcon.

Mr Gao’s own car, a white Nissan Sylvia sedan, was found abandoned in Stuart Street, Padstow later that afternoon, and police issued a report about him missing and feared kidnapped and killed.

On May 25, police arrested McNamara and charged him with Jamie Gao’s murder around the same time as fishermen made a grisly discovery in the sea at Shelly beach off Cronulla, the same suburb where McNamara lived with his wife and family.

The body, wrapped in a blue tarpaulin with ropes and chains was yet to be identified as that of Jamie Gao.

Police seized McNamara’s white Ford Falcon station wagon as well as a boat from a storage unit in Caringbah.

As McNamara appeared in Kogarah Local Court charged with murder and supplying 3kg of methamphetamine and was refused bail, a manhunt was on for Rogerson.

Two detectives from the Serious Crime and Robbery Squad flew to Brisbane to find Rogerson, while officers searched his Padstow Heights home and took away a silver Ford Falcon station wagon.

At 11am on May 27, ten police officers arrived at the Padstow Heights house and brought him out, limping, in handcuffs.

Rogerson’s lawyer Paul Kenny later said police had ‘smashed on the door’ treating his client ‘like a dog’, despite an arrangement for Rogerson to hand himself in at midday at the Surry Hills police centre.

Mr Kenny said police had ‘totally betrayed our trust’ in not honouring the arrangement and he would make an official complaint.

Rogerson and McNamara went to trial in 2016, were found guilty and sentenced to life by Justice Geoffrey Bellew who said each offender was party to a crime ‘extensive in its planning, brutal in its execution and callous in its aftermath’.

CAREER OF A CROOKED COP

1941: Roger Rogerson is born in Sydney

1981: Twenty years into his career he shoots dead Warren Lanfranchi in Chippendale

1984: Policeman Michael Drury is shot at his home and accuses Rogerson of organising the attack

1986: Sallie-Anne Huckstepp, Lanfranchi’s girlfriend, is murdered. She previously told of fears Rogerson and his criminal friend Neddy Smith would kill her. Later that year he is sacked from NSW Police for misconduct

1989: Rogerson is acquitted of bribery and attempted murder of Michael Drury

1990: Rogerson is jailed for nine months for perverting the course of justice after lying about $110,000 deposited into accounts

1992: He is jailed again for three years after unsuccessfully appealing the conviction. Upon his release he finds work as a scaffolder 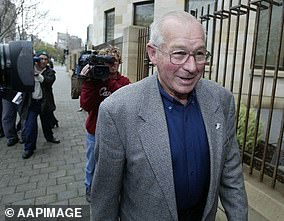 Rogerson in 2004, before being sent to jail for lying to the Police Integrity Commission

1995: Blue Murder, an ABC series about his friendship with gangster Neddy Smith is aired

2005: Rogerson is sent back to jail for lying to a 1999 Police Integrity Commission

2006: Following his release from prison he launches his own stage show with criminal Mark ‘The Chopper’ Read, touring Australia’s nightclubs

2014: Rogerson is arrested for murdering student Jamie Gao in a Padstow storage unit over three kilograms of ice

2016: He is convicted of killing the 20-year-old at NSW Supreme Court

2021: Rogerson unsuccessfully appeals his conviction in the NSW Court of Criminal Appeal

Hamish Blake seen driving $120,000 Land Rover after it was ‘stolen in home invasion’

Baby and man are killed in crash after mother crashed in police pursuit after...

Influencer is accused of racism for using ‘black hair oil’ that has been trending...

Teaser debuts for prequel The Hunger Games: The Ballad of Songbirds and Snakes due...