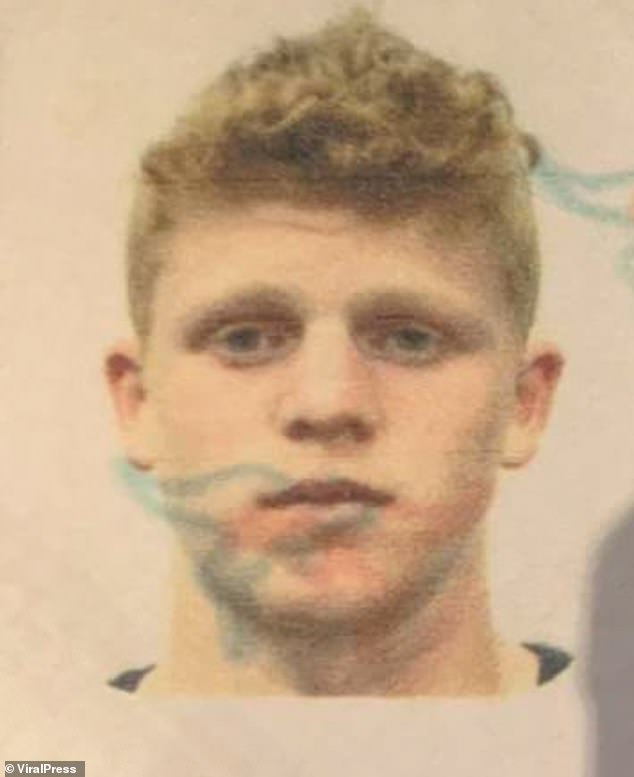 Australian tourist, 19, plunges six floors from hotel pool to his death in Phuket with horrified locals saying they thought the roof had exploded

A teenage Aussie tourist has been found dead after falling six floors from a hotel roof in Thailand.

Joshua James Connell, 19, from Canberra, was seen on CCTV walking along a wall at the side of the swimming pool at the Paripas Patong Resort in Phuket on Thursday.

Footage showed him throwing his hands in the the air as he crept onto a narrow white rail while balancing.

However, the young backpacker slipped as he reached the end of the rail – plunging around 15m to his death.

Mr Connell was rushed to hospital but pronounced dead shortly afterwards due to the severe injuries suffered in the fall. 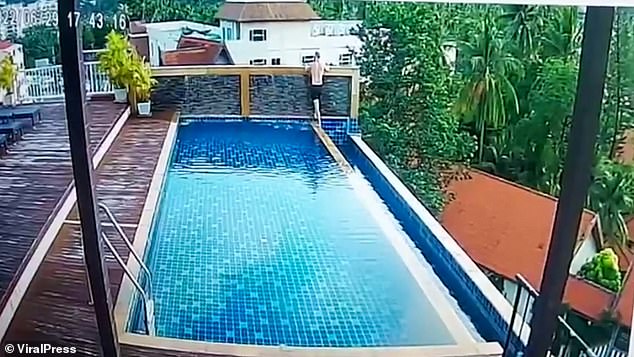 CCTV shows Australian tourist Joshua James Connell, 19, walking along a wall at the side of the swimming pool 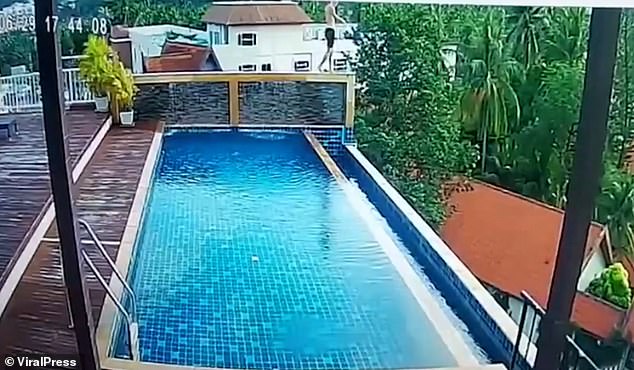 Shocked locals heard a loud thud and found Mr Connell on the tin roof of a café below the hotel at around 5:45pm local time.

Resident Ning Tanyaporn said: ‘I had just opened my shop and I heard a loud thunder sound. I thought a car had crashed or there was an explosion in their kitchen.

‘People gathered around the restaurant and saw the foreign man on the roof. He was unconscious so someone called an ambulance. Everyone was shocked that he fell down and died.’

Police Lieutenant Colonel Kokiat Boonplod said officers received the emergency call about a foreign man who had fallen from a hotel.

They arrived at the scene shortly after 5:50pm and Mr Connell was taken to hospital were he was confirmed dead.

Police Lieutenant Colonel Kokiat, who is leading the investigation, said: The deceased fell from the hotel adjacent to the restaurant, wearing shorts and without a shirt.

‘The roof of the restaurant hut was shattered and several tiles were on the floor. The deceased’s legs were twisted and he had wounds on his head.’ 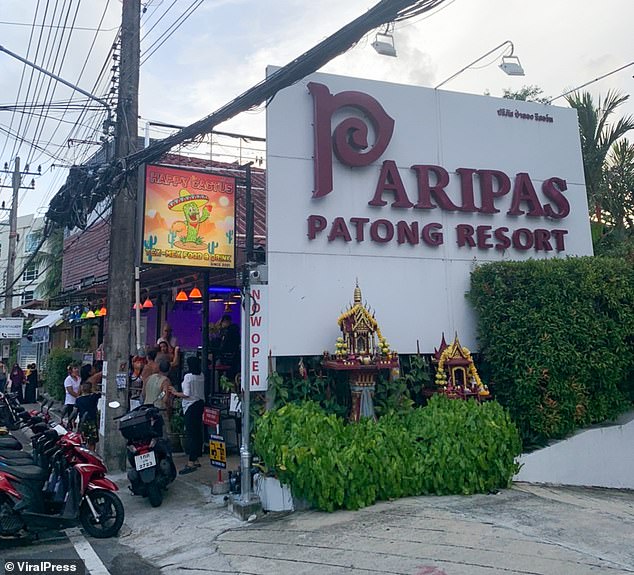 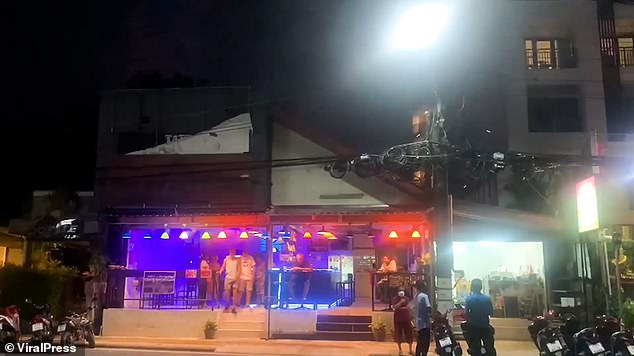 Shocked locals heard a loud thud and found Joshua on the tin roof of a café below the hotel (pictured) at around 5:45pm local time

The policeman said officers had reviewed CCTV from the hotel and do not believe anybody else was involved in the death.

Officers are now interviewing hotel staff about Mr Connell’s behaviour leading up to the incident and why he was climbing on the wall.

His body is undergoing an autopsy at the Patong Hospital. Police have informed the Australian Embassy who are in contact with Joshua’s family.

Patong is the most vibrant district of Phuket and home to the province’s bustling 24-hour adult nightlife.

Last month on May 17, Australian Billy James Simmons, 22, also fell to his death from a hotel on the same island.

‘How dare you?’: Mike Pence fires back at Kamala Harris in anti-abortion rights speech

D.L. Hughley cites Mo’Nique’s multiple showbiz feuds after she rips him over billing on...