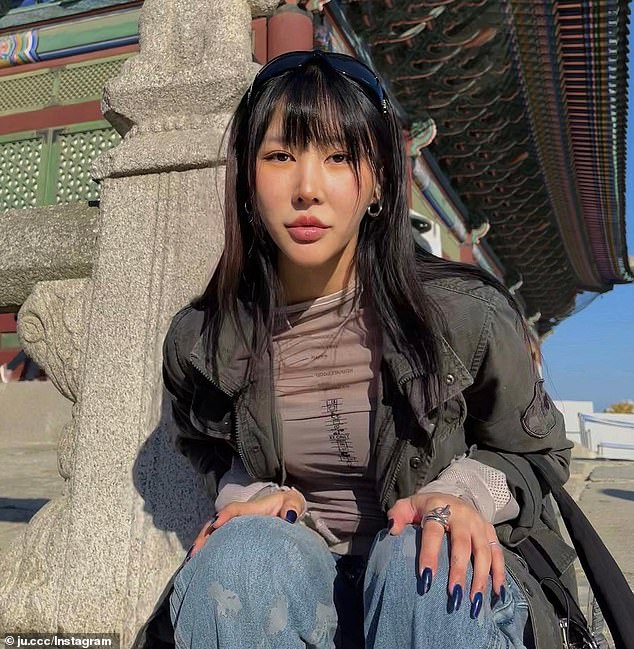 An Australian woman has tragically succumbed to her injuries in a South Korean hospital two weeks after she was caught up in the horrific Halloween crowd crush.

It follows the death of her Australian friend, Grace Rached, who was 12 days shy of celebrating her 24th birthday when she was killed in the incident.

Ms Cho was born in South Korea and moved to Australia when she was three-year-old.

She moved back to South Korea in the months before the crush and was showing her sister and two friends, Nathan Taverniti and Ms Rached, around Itaewon at the time of the crush.

Just a few weeks ago, her devastated sister Julia Cho said she was worried she’d ‘never get her sister back’ and slammed authorities for failing to manage the rushing crowds.

‘Local authorities were not on standby and left innocent people helpless, despite knowing there was an excessive amount of people in the streets with nowhere to go,’ she said in an emotional TikTok.

‘People were suffocating, toppling over one another and crushed.

‘The leaders and authorities hold sole responsibility and have failed their people. I’m posting this here to raise awareness and to express my grief for those whose livelihoods were stolen as a result of neglect and poor management.’ 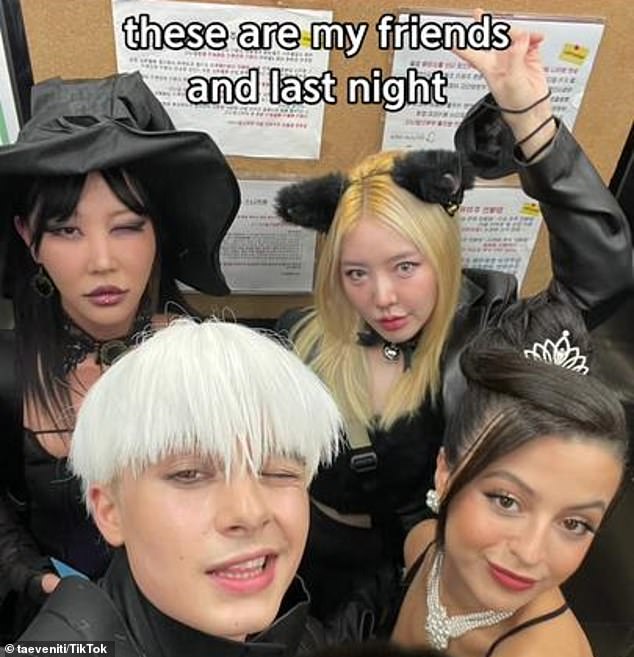 At the time, social media users flocked to Julia’s TikTok to offer their condolences and sent well wishes for Justina’s recovery.

‘I hope you get justice for the lack of effort on the government side,’ one person wrote.

‘Condolences for your loss. Praying for the recovery of your sister and friend.’

Another said: ‘My heart hurts for your sister and friends and all those people who’ve lost someone tonight.’

‘This tragedy could’ve been avoided with better safety measures.’

Mr Taverniti also shared a gut-wrenching account of the night on TikTok where he described trying to rescue Ms Rached from the crowd before losing her.

‘I was there when she said she couldn’t breathe and I grabbed one of my friend’s hands,’ he said.

‘There was no stampede, it was a slow and agonising crush.’

He earlier told a South Korean newspaper that: ‘All I could see was a wall of people … it was impossible (to save her).’

He added he later saw Ms Rached being carried from the scene on a stretcher.

This year was the first time the highly-anticipated Halloween Festival was held in full since Covid lockdowns.

The crush began shortly after 10pm local time with authorities warning more deaths resulting from injuries sustained in the incident are very likely.

Officials confirmed dozens of revellers went into cardiac arrest at the scene with horrific photos and footage showing the streets and train station around the crush lined with bodies.

According to local emergency responders, most of the victims were women in their early 20s and teenagers.

Officials believe the crush was the result of a massive crowd flooding a narrow street near Hamilton Hotel, a local party hotspot, after hearing rumours of a celebrity sighting.

Dozens of people were given CPR on Itaewon’s streets while many others were rushed to nearby hospitals.

Photographs and videos on social media show horrific scenes of panic in the aftermath of the crush as people tried to flee.

One particularly distressing video showed dozens of people struggling to breathe and stay on their feet in the crowd as rescue workers struggled to free the severely injured.

More than 1,700 emergency workers were deployed from across South Korea to respond to one of the deadliest crowd crushes in recent history.

Hundreds of police officers had been deployed to the area in advance of Saturday night in anticipation of the large crowds but reportedly struggled to keep control in the minutes before the tragedy unfolded.

Huge spike in demand for abortion pills as some women ‘stockpile’ after Roe v....

The full list of McDonald’s 30 days of deals were leaked online and items...

Footage shows beagles in pain and monkeys in neck restraints as they are force-fed...