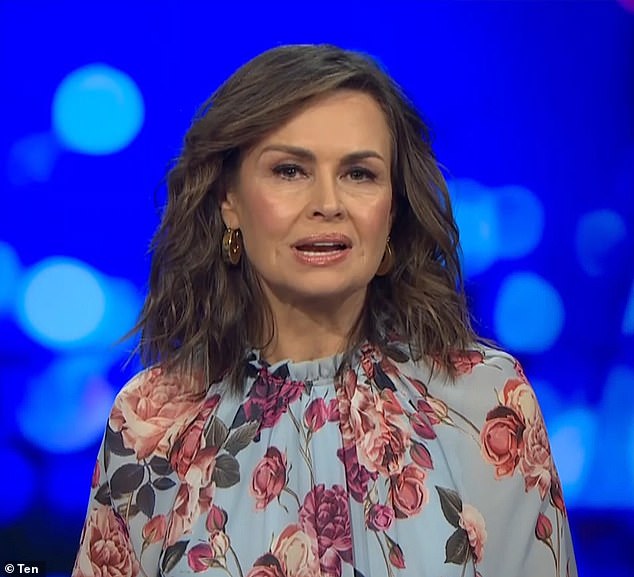 Lisa Wilkinson has asked if Scott Morrison can pull off another come from behind victory in the federal election on May 21.

The Project host raised the question on Sunday’s show just hours after the prime minister finally called the election date.

‘He’s pulled off miracles before, like that 2019 (election) win that no one thought he could do.

‘Can he do it again?’ Wilkinson asked ABC presenter and political guru Barrie Cassidy.

‘I think his chances are slim at best,’ said Cassidy, who was Bob Hawke’s press secretary from 1986 until 1991.

He said he could not recall any government going into an election this far behind in the polls and that if there was one, they lost.

Cassidy said the polls which predicted a Labor win in 2019 were ‘dodgy’.

He said despite what the polls had indicated, Mr Morrison was popular at the time of the last election, but that is no longer the case due to his handling of crises such as bushfires, flooding and the Covid-19 pandemic.

(76 in total for Coalition government)

Cassidy said Mr Morrison ‘really has got a tough six weeks ahead of him’.

Despite playing down the Prime Minister’s chances, Cassidy was not prepared to say straight out who would win the election.

‘I think I’ve made it pretty clear this is one hell of a task for the government,’ he said.

Mr Morrison appeared on ABC News on Sunday night, and deflected when asked if Australians are tired of him.

‘Well, it’s been a tough few years. People have been getting through the pandemic and Australia is now coming out of that pandemic with one of the strongest jobs records and strongest economic growth records amongst the advanced world,’ he said.

Mr Morrison added that Australians would be ‘risking it all’ if they voted for Labor.

When asked again if the public is tired of him, he said: ‘This election is about the people watching right now. It’s not about any individual.

‘It’s not about me or anyone else. It’s about you, who are watching, and your priorities, and ensuring that your job, your future, training for young people right across the country, the investment in the infrastructure that we’re delivering a stronger economy, delivering that stronger future.’

The Prime Minister also appeared on SBS’s news on Sunday night, where he said his government had invested heavily in multicultural programs and ‘a cohesive society’. 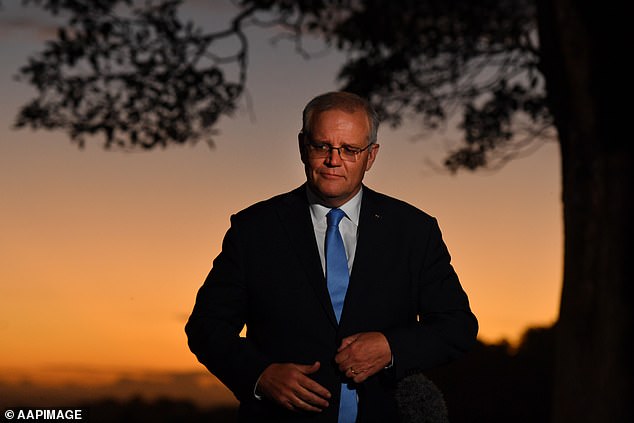 ‘I remember after the Christchurch massacres, I was one of the first there at the mosques in Lakemba, with my arms around my fellow Australians.

‘This has always been my approach,’ he said.

Mr Albanese also appeared on SBS, where he said his focus is on building a stronger future.

‘We need to have a better future … we need a government that addresses the challenges of the present by anticipating and creating a better future,’ he said. 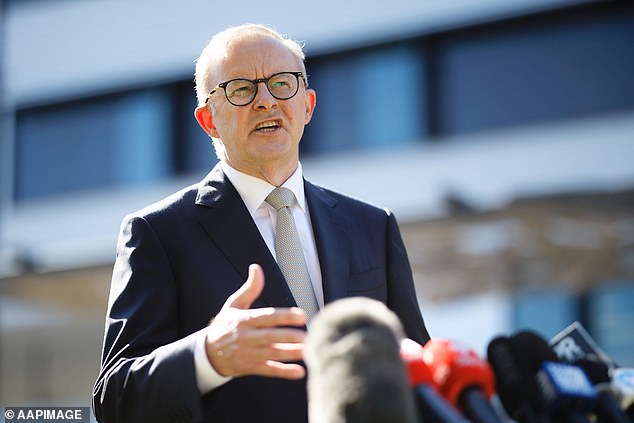 ‘By having more secure work, by strengthening Medicare, by making sure we take up the opportunities that are there for dealing with climate change to create new jobs in new industries.

‘We need to make sure we deal with the aged care crisis and we need to address cost of living through measures like cheaper childcare and cheaper electricity prices.’

Mr Albanese said Australia needs to be more self reliant.

‘We need to be a country that makes more things here, that is how you provide opportunity,’ he said, mentioning trains, trams and buses as examples of things that could be made in Australia.

What are the key issues at this election?

COVID-19: Scott Morrison has been labelled ‘SloMo’ over delays in the vaccine rollout, and the ‘prime minister for NSW’ over his attitude towards the states’ handling of the pandemic. But will voters credit him for Australia’s internationally-low rate of severe illness and death? Or will voters hand Anthony Albanese the job of leading the post-pandemic health and economic recovery?

BUDGET AND ECONOMY: The jobless rate has remained low despite the pandemic and the economy is on a sound footing. But under-employment is high and the rate of casual and insecure work is of concern to many Australians. And government debt is at unprecedented levels with no prospect of being repaid any time soon. Inflation has many concerned, with an interest rate hike looming.

TAXES: Scott Morrison insists he will drive down taxes on workers and businesses and the coalition is best placed to keep taxes low over the long term. Labor’s immediate priority is dealing with multinational tax avoidance, but the coalition is seeking to convince voters a Labor budget would contain hidden nasties.

CLIMATE: The coalition and Labor are committed to net-zero emissions by 2050. Labor has a more ambitious medium-term target than the coalition. The issue has effectively been neutralised as a debating point, but a coalition campaign over Labor pushing up power prices can be expected. Independent candidates backed by Climate 200 are campaigning on doing more than either of the major parties.

BORDERS: The coalition says Labor’s soft stance on border protection will reopen the people smuggling trade and result in deaths at sea and a major cost blowout on detention centres. Labor says it supports boat turnbacks and offshore processing but will do so in a more humane way.

HEALTH: The coalition has boosted hospital funding for the states and territories. Labor says it will restore funding to the system and the coalition can’t be trusted with Medicare.

EDUCATION: The school funding debate seems to have settled. But Labor argues universities have been left to die by the coalition, especially as the international student market dried up during the pandemic.

NATIONAL SECURITY: The coalition says it is best placed to handle terrorism, China and other threats to national security and is more willing than Labor to enact laws to give greater powers to police and intelligence agencies. Labor says national security is a bipartisan priority, but wants to ensure there are proper checks and balances in any new powers.

INDUSTRIAL RELATIONS: The coalition is taking a hands-off approach when it comes to the Fair Work Commission’s decision-making, which now has more employer-focused personnel. It also warns of Labor being dictated to by the unions. Labor says the existing system needs reform as workers are not benefiting from economic growth, in terms of higher wages, and casuals are being exploited.

INTEGRITY: The government has long-promised a Commonwealth Integrity Commission but argues Labor stood in its way. Labor says a national integrity commission with teeth is needed. The debate has given impetus to independent candidates targeting Liberal seats.

WOMEN: Scott Morrison was forced into doing more to address women’s safety when Brittany Higgins went public with an allegation of being raped in a minister’s office, and Christian Porter defended an accusation of historic assault which he firmly denies. Labor argues it is best placed to deal with women’s safety and empowerment and is more committed than the coalition to running female candidates in winnable seats.

Madonna’s son David Banda shows off his expert style in a dress from the...

Lisa Wilkinson’s tell-all memoir It Wasn’t Meant to be Like This hits the bargain...

Pregnant Sam Frost gives fans an update on her health after suffering a terrifying...