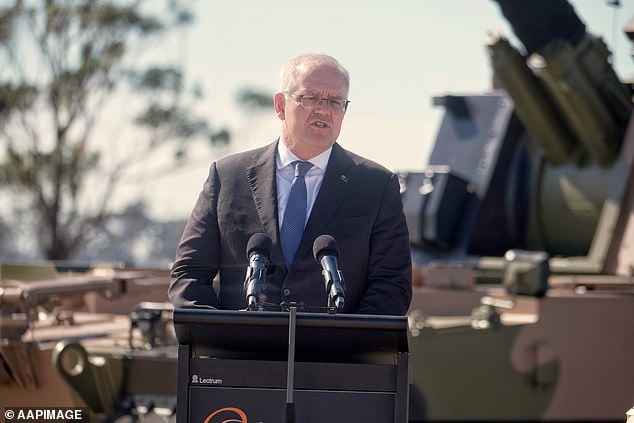 Scott Morrison is set to call the Australian federal election today for the end of next month.

The prime minister is departing Sydney just after 9am on a VIP aircraft to fly to Canberra to visit Governor-General David Hurley to ask for a May 21 election.

Mr Morrison is expected to visit Government House to dissolve Parliament before meeting the Governor General at 10.30am.

He will then hold a press conference in Canberra.

A number of anti-government and Indigenous protesters have started to gather outside Government House ahead of the prime minister’s arrival.

Mr Morrison enjoyed a curry dinner with his family in Sydney on Saturday night, while Labor leader Anthony Albanese watched his beloved Rabbitohs beat the Dragons in the NRL.

Mr Morrison is aiming to become the first incumbent prime minister to win two elections in a row since John Howard in 2004.

But Labor has been ahead in the polls consistently since June 2021, currently sitting on a two-party preferred vote of 55 per cent.

Mr Morrison on Saturday released a video in which he points to the natural disasters that have hit the country, the unstable global security environment and the risks facing Australia’s economy.

Mr Morrison claims 40,000 Australians are alive because of how his government handled the Covid-19 pandemic, with 700,000 still in jobs because of the response to the economic fallout.

‘This is why as we go into this next election, what’s firing me up – we’re actually in a really strong position,’ Mr Morrison says.

Mr Morrison set an apologetic but committed tone in an opinion piece written for News Corp papers on Sunday.

‘Our government is not perfect. But we have been upfront. You know what we stand for, you can see our record of delivery, and you can see our plan for the future,’ he wrote.

Nine newspapers reported on Sunday Liberal Party federal vice-president Teena McQueen had concerns about the prospects of holding the seats of Higgins in Victoria, and North Sydney.

But she told the newspapers ‘with a couple of lefties gone we can get back to our core philosophy’, referring to the moderates Katie Allen and Trent Zimmerman who hold the two seats. 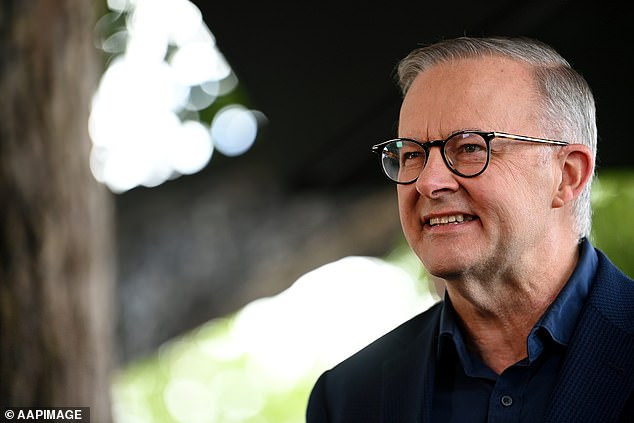 He introduces himself to voters and talks about his economics degree from Sydney University and six years as infrastructure minister.

‘Growing up with a single mum, I know the value of a dollar, and I know how hard it is to get ahead, ‘ Mr Albanese says.

Mr Albanese wrote an opinion piece in which he pledged to unite the nation.

‘That’s the approach behind Labor’s election campaign – building a better future where no one is left behind and no one is held back.’

The coalition starts the race with 76 seats out of the 151-seat lower house, with Labor on 69 if the new seat of Hawke in Victoria is considered a win.

Forty seats in the upper house are in contention in a half-Senate election.

Both leaders are tipped to start their campaigns in regional parts of the nation where marginal seats are up for grabs or need defending.

There are concerns the campaigns could be derailed by COVID-19, but steps have been taken to minimise the chances of outbreaks.

Pregnant woman GIVES BIRTH while buried under rubble in Syria

Drones that swarmed US warships off California in 2019 were from mystery Hong Kong...

JAN MOIR: What shamelessness! The person the Queen needs protection from is Prince Harry...