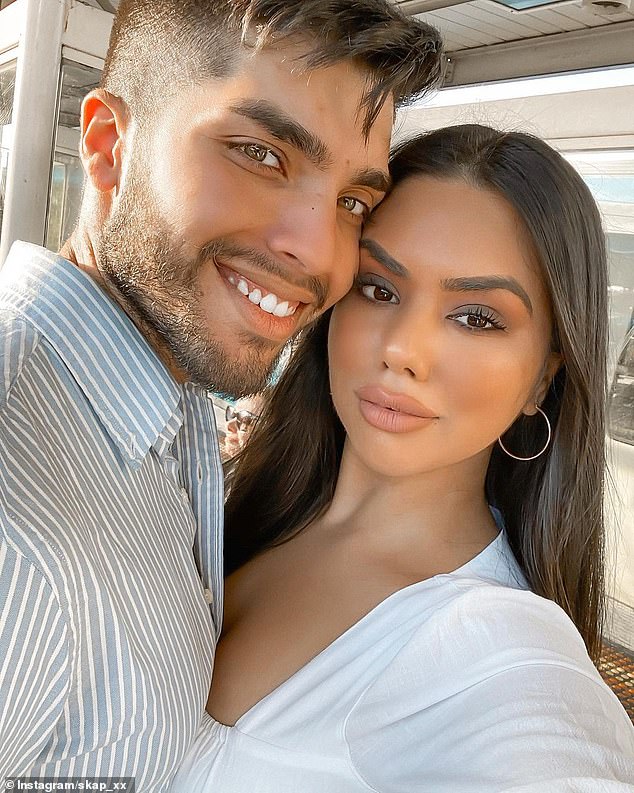 Wife hits back at trolls who say she’s a ‘1950s housewife destroying feminism’ for cooking her husband three meals a day: ‘It’s my love language’

An Australian wife has been attacked by trolls after revealing she cooks three meals a day for her husband.

Sonali Arora started posting videos to TikTok of the meals she makes for her husband, Nipun, but was met with backlash from people calling her a ‘1950s housewife’ who was ‘destroying feminism and women’s liberation’.

‘If it’s not people coming for the portion sizes, it’s them attacking my husband without even knowing him, calling him a two-year-old, people saying that he’s misogynistic or I am in the 1950s,’ she told FEMAIL.

Sonali Arora (left) has been met with cruel comments online calling her a ‘1950s housewife’ after posting videos of the meals she cooks for her husband, Nipun (right), every day 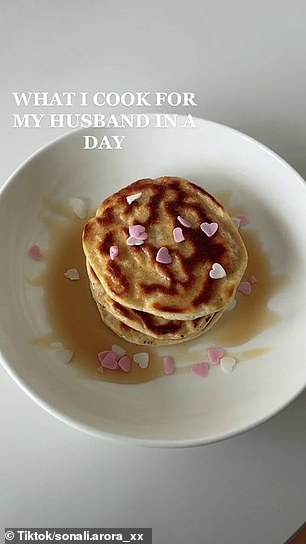 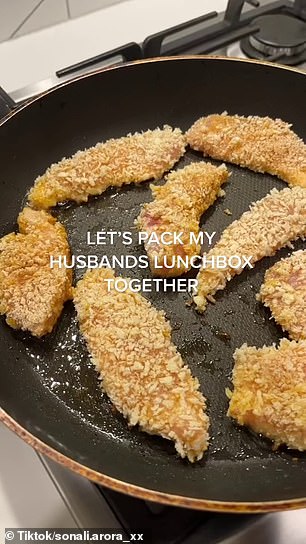 The Melbourne newlyweds split the housework ’50/50′ with Sonali enjoying cooking so much she started posting recipes and Nipun’s lunchboxes to TikTok, however, the abuse soon started flowing.

‘This is satire right?’ one viewer asked while another said: ‘I don’t think I have ever packed a lunch for my husband, not his mother’.

‘Being proud of this is my worst nightmare. As they say – Being master’s favourite dog is still having a master and being a dog,’ a third harshly replied.

‘Ever heard of the saying ‘making a rod for your own back?’,’ wrote a fourth.

The 26-year-old said while she tries not to let the mean comments get to her she’s had to delete many hurtful replies. 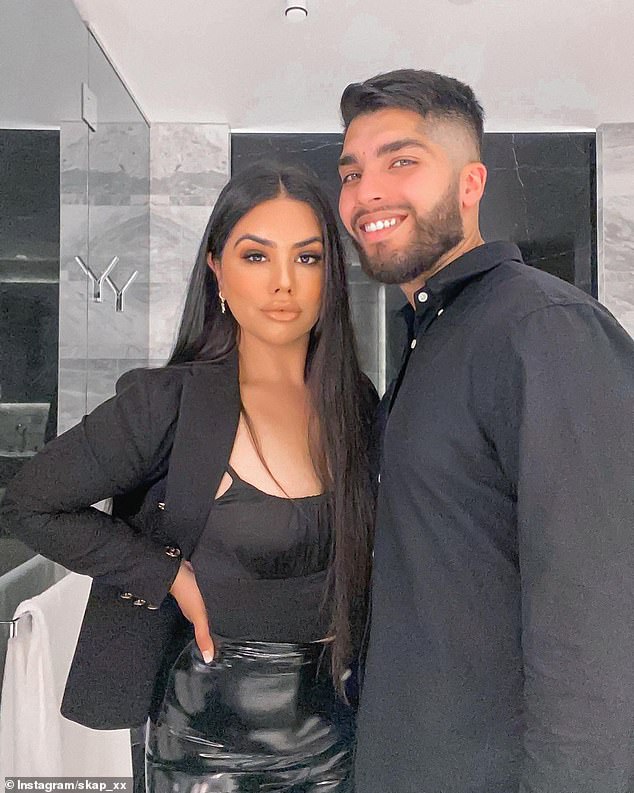 ‘You get a bit defensive about the person you love and especially when they’re being picked on in the wrong light,’ she said.

‘Even though I know they’re just complete strangers and what they say doesn’t define anything, it does still hurt to see.’

Sonali said the assumptions the online trolls make about their relationship couldn’t be further from the truth.

‘My husband is the sweetest and most supportive and least misogynistic person to ever be on this planet,’ she said.

‘We have a really good thing going, we divide all the house chores. After I cook he’s cleaning dishes, I don’t touch that. He also is responsible for cleaning all the bathrooms and vacuuming the floors.’ 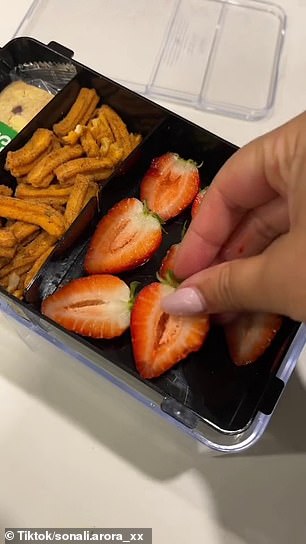 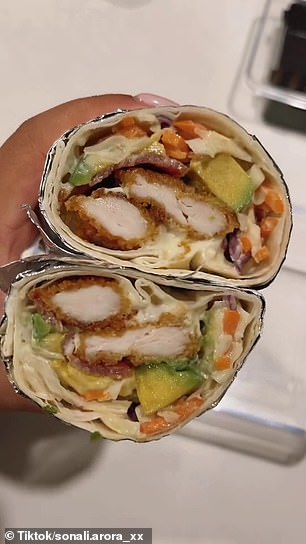 Sonali, who works from home in cyber security, said cooking is her ‘love language’ and it brings her joy to prepare meals for her husband and share them online

Sonali, who works in cyber security, said she is very independent and career driven and would not have the time to whip up three delicious meals a day for Nipun if she wasn’t working from home.

‘That’s what gives me the flexibility to cook him three meals a day. If I didn’t work from home, it definitely would not be that way at all,’ she said.

‘Cooking is something that I love, that’s my love language and something that brings me joy. It makes me even happier when I see his reaction to the creations that I’ve put together.’

Despite the hate, Sonali said she receives just as many, if not more, positive responses to her videos and refuses to let the haters stop her from sharing her passion.

‘Hell yeah, I’m going to keep posting them! It actually helps a lot of people in getting diverse ideas for what they can make throughout the day because it is such a difficult thing to think about,’ she said.

‘It’s nice that I’ve tapped in this community of people who are food lovers.’

Boris Johnson will invoke Winston Churchill as he the first world leader to address...

Vicky White’s co-workers voted for her as employee of the year for the fifth...