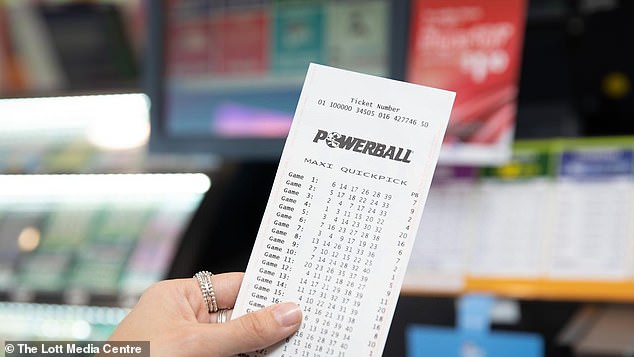 A lucky Aussie has become a multi-millionaire after taking out Powerball’s $60 million jackpot.

The Powerball number was 2.

One-in-six Australians were expected to have a ticket in draw 1363.

It’s believed that the winning ticket was purchased in NSW or the ACT.

The Lott spokesman Matt Hart said the single winner would become one of the year’s biggest lottery wins to date, Yahoo News reported.

‘Australia’s biggest lottery winner of 2022 so far is a Coffs Harbour man who wanted to park a new red sports car in the garage of a new house after we confirmed he’d won more than $63.3 million in a February Powerball draw,’ Mr Hart said.

‘Interestingly, New South Wales players have enjoyed a stellar start to 2022, scoring five of the year’s nine Powerball division one wins to date.’

Mr Hart added: ‘We’ve also seen two wins land in Victoria and one each in Queensland and Western Australia.’

Three gang members are charged with murder after bloody rampage in Sacramento that killed...

Prince Andrew was ‘crushed and confused’ after Charles and William banned him from Garter...