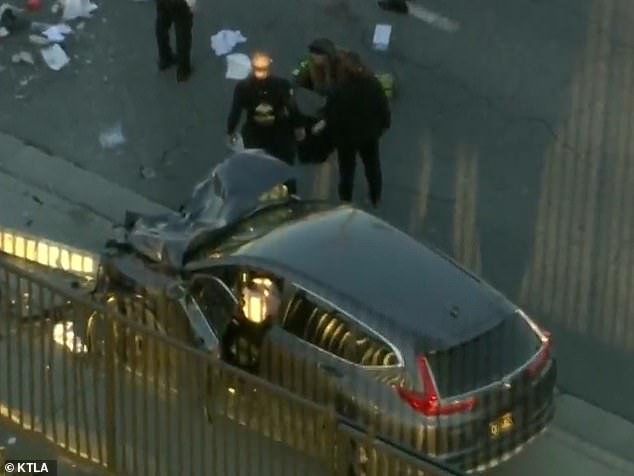 BREAKING: As many as 22 sheriff recruits are injured — with five in critical condition — after group is hit by a car going the wrong way during their morning run in California

As many as 22 sheriff recruits were injured, with five reported in critical condition, after their crew was struck by a wrong-way driver in California Wednesday morning.

Chad Sourbeer, a battalion chief with the Los Angeles County Fire Department, told ABC 7 that between 40 to 50 recruits were out for a morning run in the area of Mills Avenue and Trumball Street in Whittier, California at around 6.25am, when a driver plowed into the training platoon.

Five of those recruits are already in critical condition, with four others suffering more moderate injuries.

Aerial footage from KTLA showed a gray SUV appeared to have crashed into a pole on the nearby sidewalk, and suffered major front-end damage.

Aerial footage shows a gray SUV on the scene, which apparently crashed into a pole 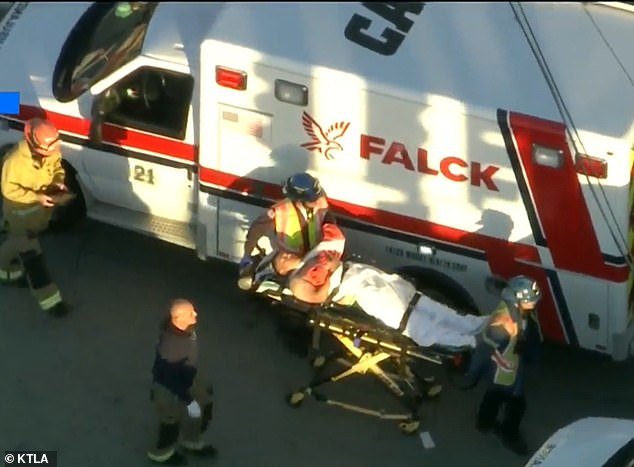 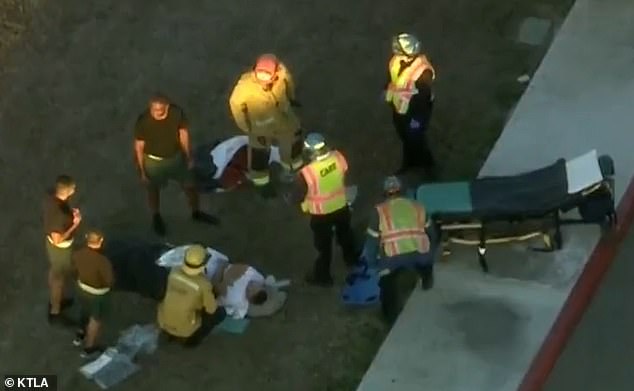 Some were treated on the scene, while others were transported to local hospitals

Some victims appeared to have been taken to a local hospital, while others received care at the scene. Others were also said to be airlifted to nearby hospitals.

Authorities could be seen desperately trying to resuscitate one of the victims, who had a bloody gash to his head.

Roads in the area were blocked off for emergency crews to transport the victims.

He said the red tarps are for those that need to get to the hospital first.

‘First responders will start to reach out to hospitals to start diverting each victim to different hospitals,’ Godinez said.

FOX 11 reports that the recruits were attending the Sheriff’s Training Academy and Regional Services Center about a mile and a half from the crash site.

The circumstances of the crash are still under investigation.

Police and fire crews are pictured at the scene of Mills Avenue and Trumball Street in Whittier, California where a group of sheriff and police recruits were struck by a car 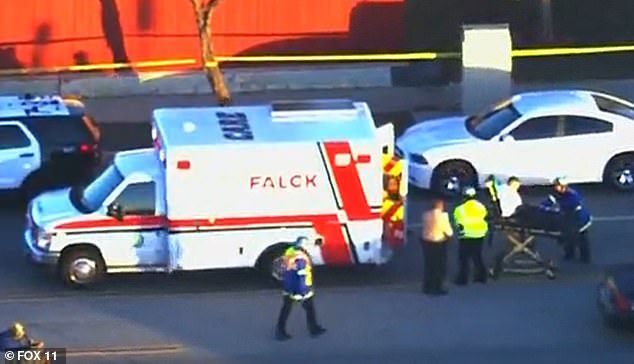 In a statement, the Los Angeles Police Department said: ‘Our thoughts are with those impacted by this morning’s events involving the Sheriff’s Recruits.

‘As we await more information on their conditions, we are wishing everyone a quick recovery.’

Harry and Meghan back in California after leaving the UK before the Queen’s Platinum Jubilee...