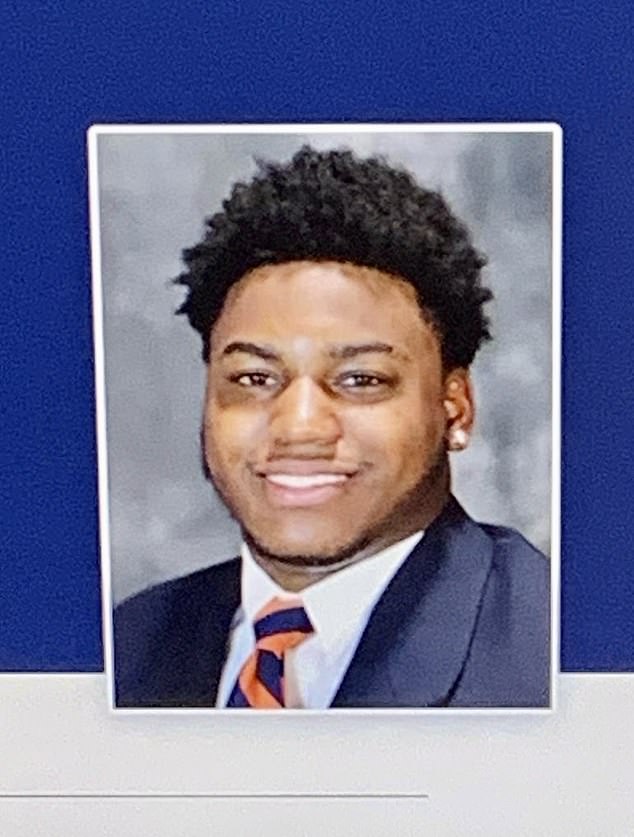 Police launched a huge manhunt on Sunday night after shots rang out at the University of Virginia, with officials ordering students and locals to shelter in place.

Cops are still looking for the 23-year-old ‘armed and dangerous’ suspect believed to have opened fire in a parking garage at around 10:15 p.m. Sunday, with the search involving helicopters continuing into the early hours of Monday.

Christopher Darnell Jones, reported to be a former football player, is described by police in Charlottesville as a black male wearing blue jeans, a burgundy jacket and red shoes. He could be driving a black SUV, with the license TWX3580, police said.

The search was still on as of 3 a.m. Monday, and involves multiple police departments. The University of Virginia’s main campus has been put into lockdown.

Authorities have not yet said whether there have been any fatalities or injuries in the shooting, with concerned families and friends encouraged to contact the university.

A UVA student who was in her dormitory room near Culbreth Road said she heard six shots fired, the Times-Dispatch reported. 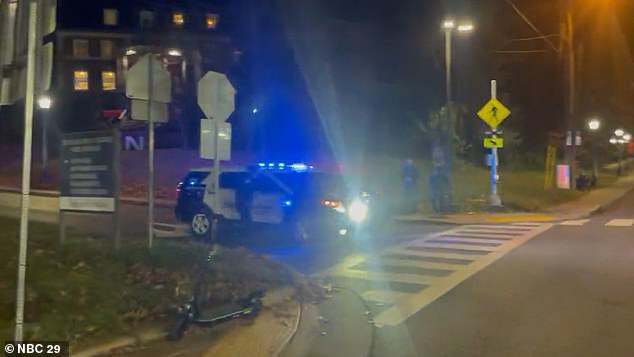 The ‘run, hide, fight’ message refers to active shooter training, in which people are encouraged to run if they can run, hide if they can’t run, and fight as a final resort.

The account later Tweeted that multiple police department agencies were actively searching for the suspect, including a Virginia state police helicopter. The follow-up message reiterated that the suspect was armed and dangerous.

Jim Ryan, the president of the university, tweeted: ‘There has been a shooting on Culbreth Road and the suspect is at large and considered armed and dangerous.’

Students are being urged to get in touch with their families and friends and let them know they are safe. University of Virginia has set up a hotline for them to contact.

UVa sophomore Em Gunter, 19, told the Times-Dispatch that she was in her International Residential College dormitory when she heard six shots ring out. She said she can see Culbreth Road from her window.

She messaged the other 350 students in the building and told them to stay inside, and she hid inside her room with friends. They were all terrified, Gunter said.

‘I just have no words,’ Gunter told the Dispatch. ‘This is insane.’ She told the outlet that she was living in South Virginia in 2007, where the Virginia Tech mass shooting took place – and remains in people’s minds.

Suspect Jones, one of four children, is originally from Petersburg, Virginia, according to his profile on VirginiaSports.com. He studied for three years at Varina High School, and spent his senior year at Petersburg High School. 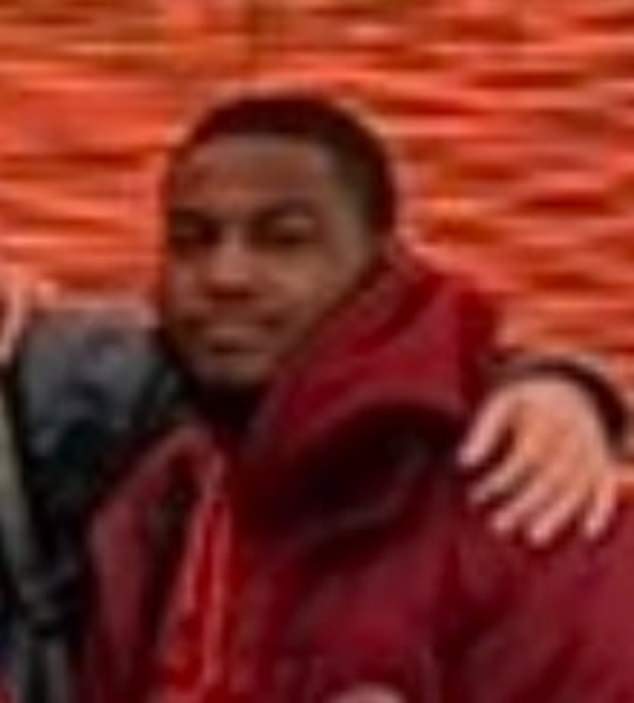 Jones is seen in a photo shared on social media. Police are searching for him in connection with a shooting on campus on Sunday night in Charlottesville, Virginia

‘High school student members of Key Club perform acts of service in their communities, such as cleaning up parks, collecting clothing and organizing food drives,’ the website states.

Jones was also president of Jobs for Virginia Grads Program, and named Student of the Year as a freshman and sophomore at Varina, the site says.

Students at the university were all sent an email on Sunday night, telling them to shelter in place.

UVa asked family and friends with questions and concerns over the incident to call an emergency hotline at (877) 685-4836.

Michelle Williams on first red carpet since welcoming third child at premiere of The...

Case against cyclist who used headcam to catch out drivers using phones at wheel...