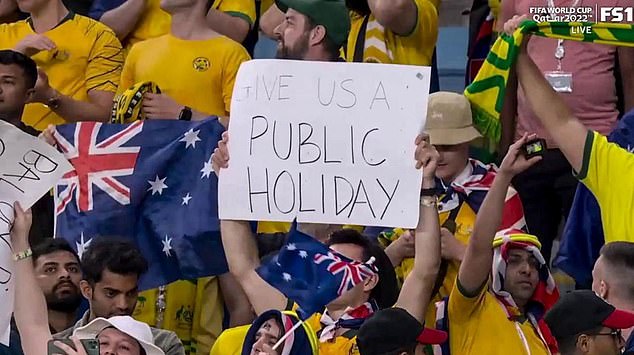 By Nic White In Canberra For Daily Mail Australia

Anthony Albanese has all but promised a public holiday for Australians if the Socceroos in with the World Cup.

The prime minister congratulated the Australian soccer team in parliament on its 1-0 victory over Denmark in the early hours of Thursday morning.

Combined with its win over Tunisia on Saturday night, it was enough to put Australia through to the knockout round of 16.

Mr Albanese said he was ‘feeling a bit dusty’ after staying up late to watch the game, which started at 2am AEDT, while furiously texting fellow MPs.

‘But if we win the World Cup, that may be a different story, so we will see how that goes. It might be a bit hard to resist.’

Fans erupted after the Soceroos win at Qatar’s Al Janoub Stadium, with one holding up a sign saying: ‘Give us a public holiday’

However, the Socceroos have a hard road to even progress to the quarter finals as they face Argentina at 6am AEDT on Sunday.

If the team somehow makes it through that challenge, it will face the winner of Netherlands vs the USA on December 10.

Mr Albanese put forward a motion that the House of Representatives wish the team well in its next match, and declare it was proud of the players.

Opposition Leader Peter Dutton rose to agree with the PM and give his own congratulations, and the motion was passed unanimously. 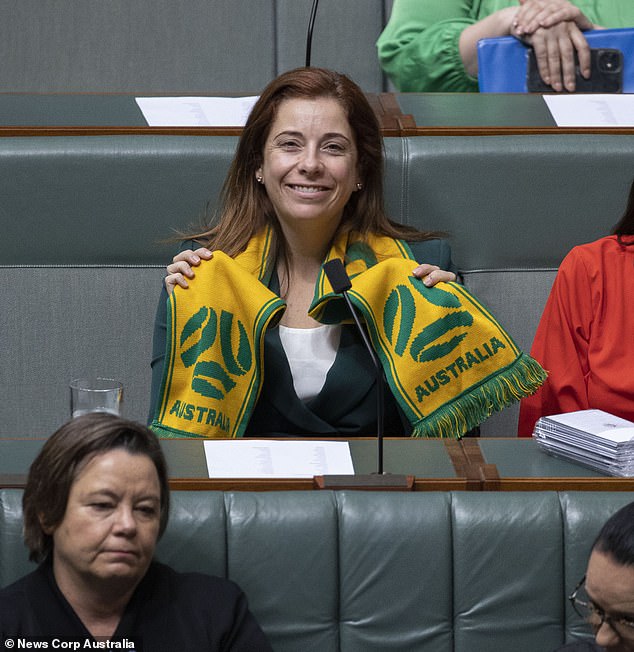 Pele named secret daughter in his £13M will after spending her entire life denying...