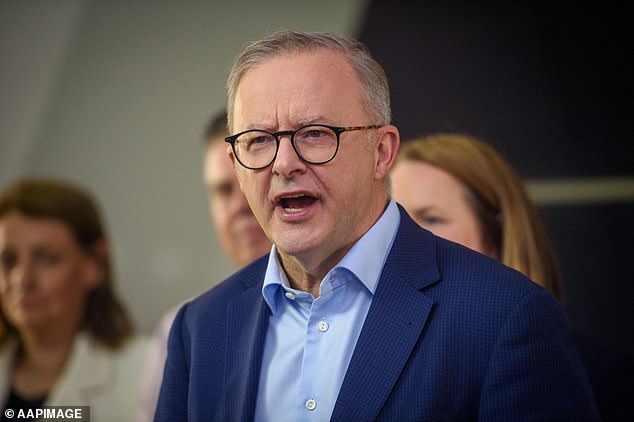 Anthony Albanese has compared the Indigenous Voice to Parliament to the Sydney Harbour Bridge in a combative radio interview.

The prime minister was questioned about the details of the proposed advisory body at least six months ahead of a referendum on its creation.

For 21 minutes he tried explain that the gritty detail of how the Voice would function was yet to be determined, and the referendum would ask a simple question.

Mr Albanese used an analogy first posed by indigenous leader Noel Pearson about the difference between the vote and subsequent detail-laden legislation.

He said the referendum would decide whether to build a Sydney Harbour Bridge and legislation would then determine how many lanes it had and would the toll would be.

Radio host Ben Fordham insisted Australians wanted to see details of the planned ‘bridge’ before they made a decision on whether or not to proceed.

‘You’re losing people,’ he claimed in the fiery 2GB interview on Wednesday morning.

Mr Albanese referred to a detailed report released last year by a working group that discussed potential models for the Indigenous Voice.

The report goes into great detail about how it would work, both at a local and national level, and the PM has previously said the Voice would be based on it.

‘Go have a look at the report, it is 260 pages long. it goes through [detail about] the national and regional Voice,’ he told Fordham.

The prime minister did not rule out legislating the Voice into existence even if the referendum failed, as the vote was on whether to put it in the constitution.

‘If Australians say no, there will be no constitutional change,’ he said

The radio host asked several specific questions, including whether Voice members would be paid and if it would have an office in Canberra.

Mr Albanese insisted ‘the question before the Australian people is a really simple one’.

‘Our constitution doesn’t go to whether there is an office somewhere or not, it doesn’t even have the office of prime minister in it

‘He said ‘all of the detail will be the subject of legislation that everyone in the Parliament – both the House of Representatives and Senate’ would vote on the ‘serious detail’. 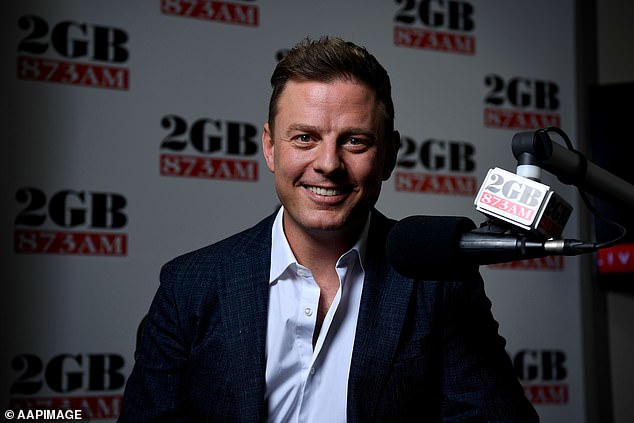 The PM said Fordham already knew all of this, and should stop misleading his listeners.

‘You could come up with 50 theoretical questions about a whole range of issues to undermine what is a very simple principle,’ he said.

‘And the second is Aboriginal and Torres Strait Islander people asked us to have a process, and what they wanted that process to come up with is the Uluru Statement of the Heart in 2017… which is asking for a Voice.’

This angered Fordham, who insisted he was just asking what many Australians were wondering ahead of the referendum.

‘Please don’t tell me what I know and don’t know… I’m genuinely asking these questions,’ he said.

Mr Albanese also refuted claims members of the Voice or others could take the government to court for not acting on its advice, or if they weren’t consulted on particular legislation.

Britain is set to sizzle on warmest day of year so far in 24C...

James Corden details marriage to wife Julia as he prepares to leave LA for...