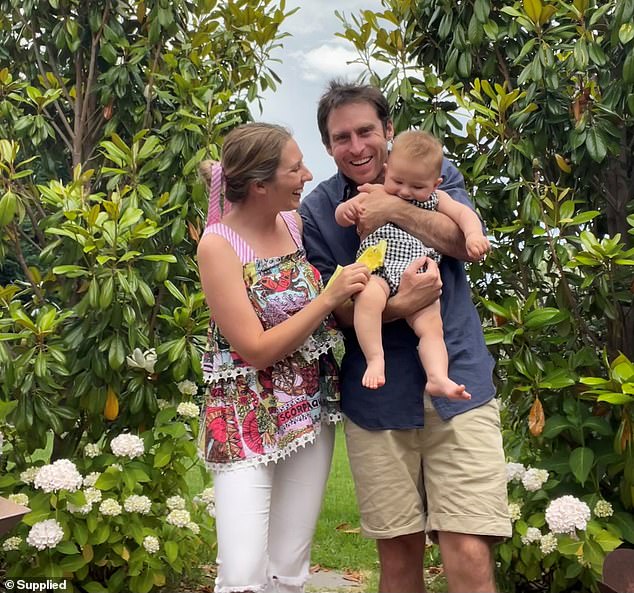 Regan,35,was playing second row for the Orange Emus second-grade side in their round-one match against the Bathurst Bulldogs on April 23 when he damaged his C4 and C5 vertebrae in a tackle, leaving him an incomplete quadriplegic.

Andrew Regan (pictured with wife Jessie Davies and their 11-month-old son Gus) settled in Orange, 250km west of Sydney, just a day before he was paralysed from the chest down

‘Reegs’, as he’s known to by friends and family, was airlifted to Royal North Shore Hospital and underwent emergency eight-hour surgery on his spine.

He had just settled in Orange, about 250km west of Sydney, with his small family the day before the accident.

A gofundme page has been set up in support of Regan, wife Jessie Davies and their 11-month-old son Gus, which has raised more than $270,000 in 48 hours.

Incomplete paraplegics, while paralysed, still retain some connection between their brain and body.

While currently paralysed from the chest down, Regan is hopeful his recovery will see him walk again, and he has posted a positive message on Instagram. 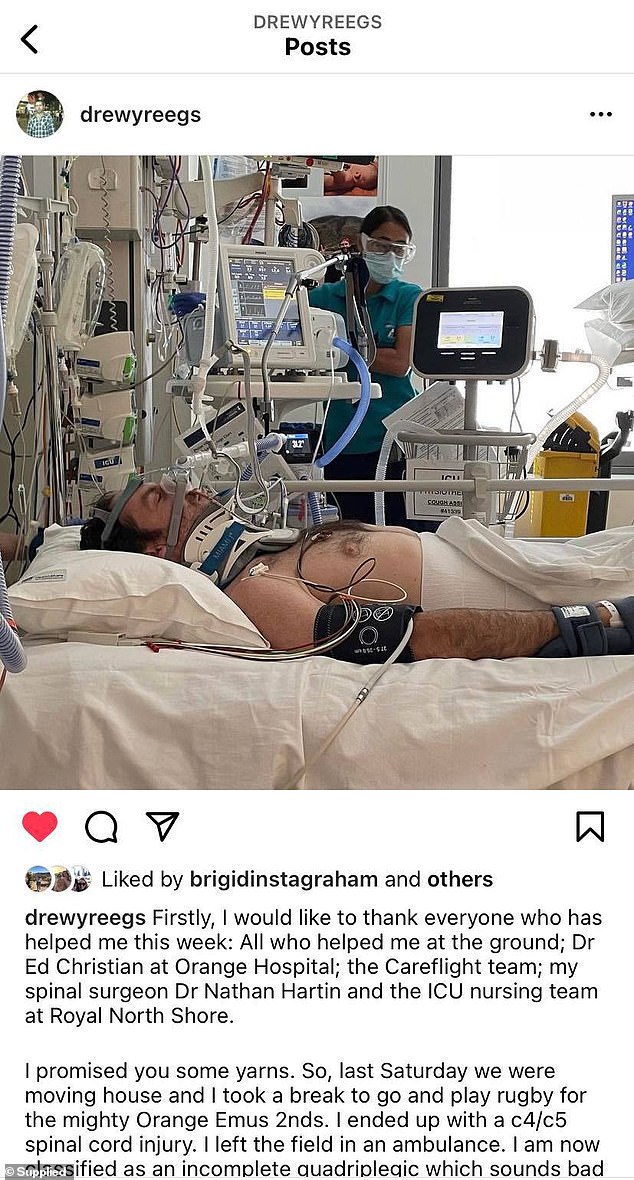 ‘Reegs’, as he’s known by friends and family, has posted his journey to recovery on Instagram – remaining positive and proving he hasn’t lost his larrikin attitude

‘I might not be out of the woods just yet, but quietly … Just about every time they hit me with the cough assist machine I say ‘lessgo”, Regan commented.

‘I just want to say Rugby is a great code with great people but things like this happen.’ 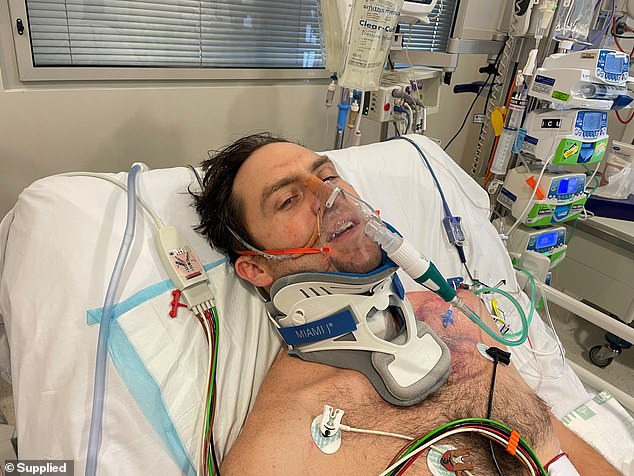 Orange Emus coach Al Hattersley said he never expected such a tragic incident to happen to his side.

Regan is known by friends as a resilient person who has competed in ultra-marathons exceeding 100 kilometres. 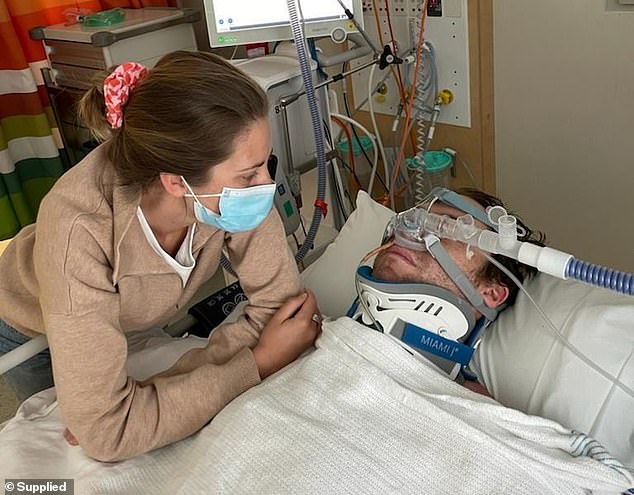 The Orange Emus have thrown their support behind Regan, starting a #RallyForReegs fundraiser.

The tragic accident marks the second severe spine-related injury in NSW country rugby in the past month.

Former Cronulla Sharks player Nathan Stapleton was left paralysed after fracturing his neck in a union game while playing for the Boorowa Goldies on April 9.

Rugby Australia CEO Andy Marinos said the game has not been hit with a severe spinal injury case since 2018.

‘Our National Safety Committee is constantly researching and collecting data on injuries such as concussions and spinal injuries, which drives bodies of work to continuously strive to make the game safer,’ Mr Marinos said.

Next week marks Regans’ son Gus’ first birthday, an event that will look very different by the recent accident.

If you’d like to donate to Regan’s cause, you can do so by visiting https://m.facebook.com/RallyforReegs/ and https://www.gofundme.com/f/rallyforreegs.

SARAH VINE: Last week I said I felt sorry for Harry. What a fool...