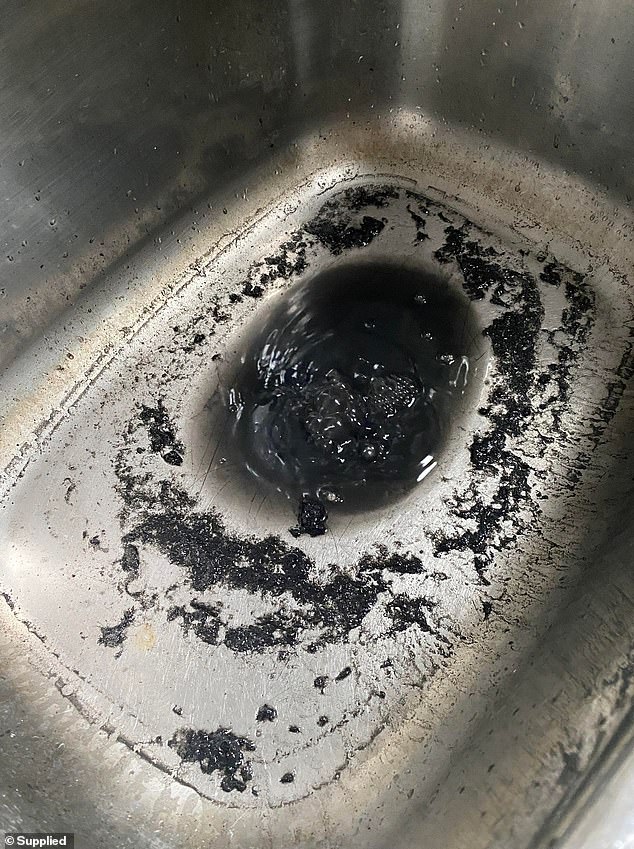 A resident of a Sydney suburb flooded by an oil-like substance has shared how she woke up to find a black substance bubbling up from her sink.

An accident at an Ampol import terminal on Thursday morning led Kurnell residents to find a petrol-smelling substances washing over footpaths and pooled around the neighbourhood.

One local, Brook Van Ryan, had the pleasure of finding a black, viscous liquid burbling up from the drain.

‘When we woke up this morning there was a pretty overwhelming smell of fuel coming from the laundry which quickly inundated the house,’ Ms Van Ryan told Daily Mail Australia. 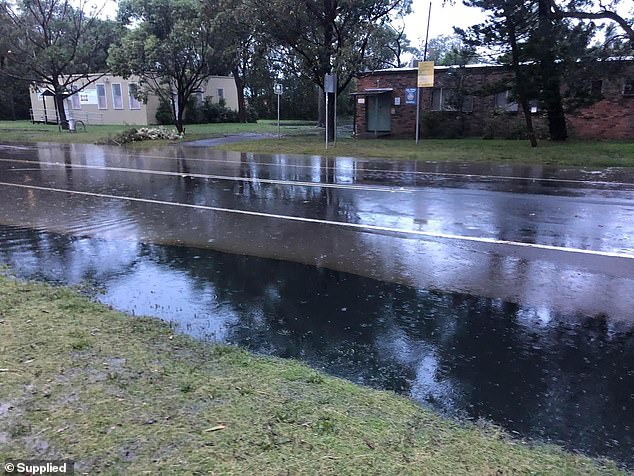 ‘There was a thick black substance bubbling up through the laundry sink.

‘Its been gargling ever since with the level raising and falling every so often,’ she said.

Ms Van Ryan said was told the spill might be coming through the surface of the yard and then through the bore water which is connected to her sink by drainage pipes, but firefighters couldn’t be certain.

The substance – described by the oil company as ‘hydrocarbons’ – also spilt over her footpath and pooled in the grass out the front.

Ms Van Ryan said she is still concerned for the native wildlife despite being told by Fire and Rescue that there’s no risk. 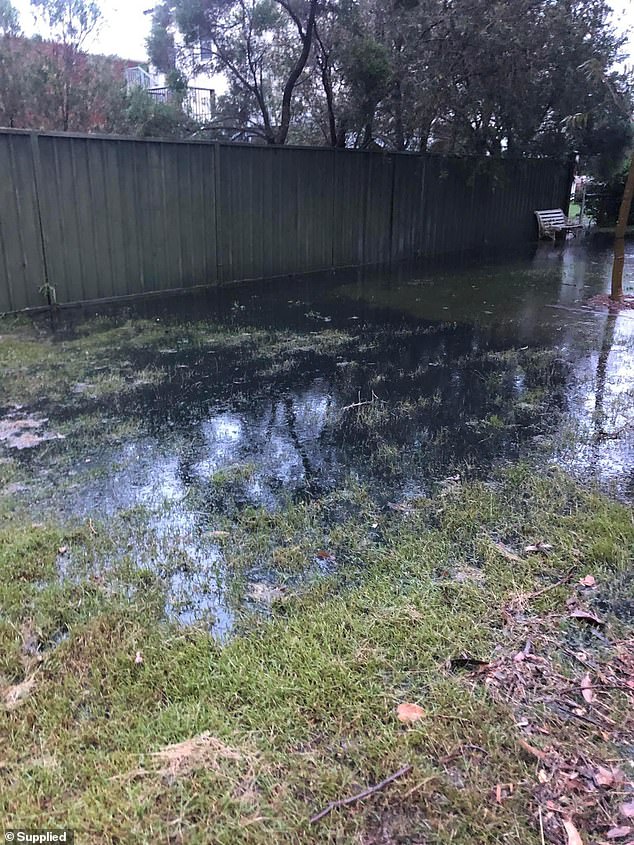 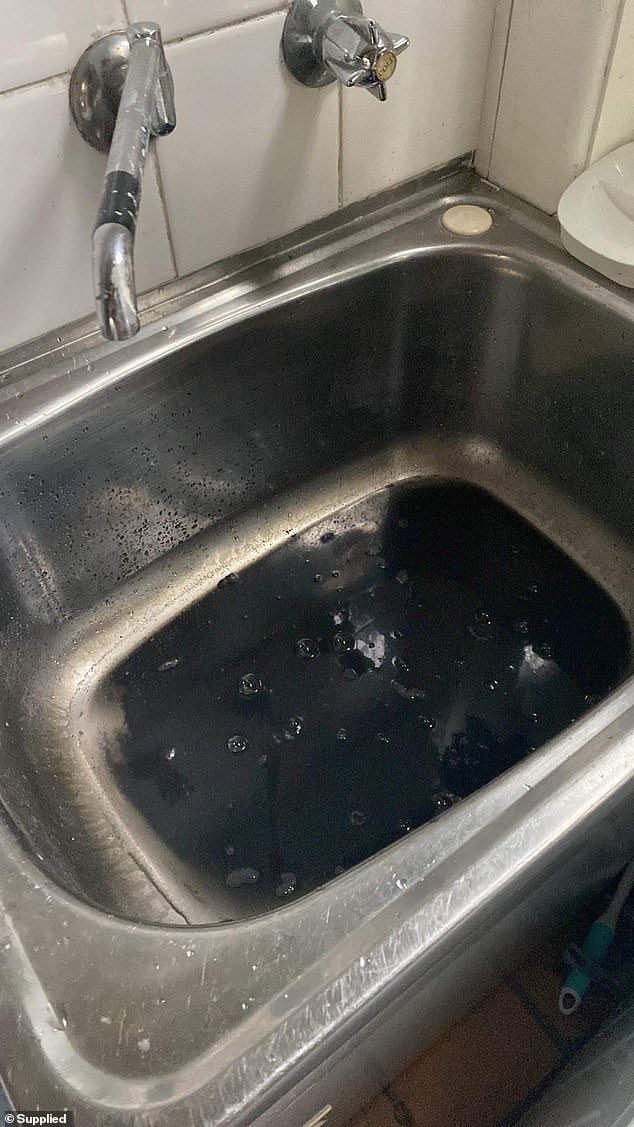 ‘It has gotten into the mangroves and is affecting wildlife, it’s in peoples yards and houses.’ she said.

‘The whole of Kurnell smells of pure petrol including inside houses.’

Other residents have also found mysterious black puddles in their yards.

Hundreds of litres of a substance Ampol said is hydrocarbon residue spilled onto a public road on Thursday morning in the Kurnell area north of Cronulla, following a pump failure at Australia’s largest import terminal 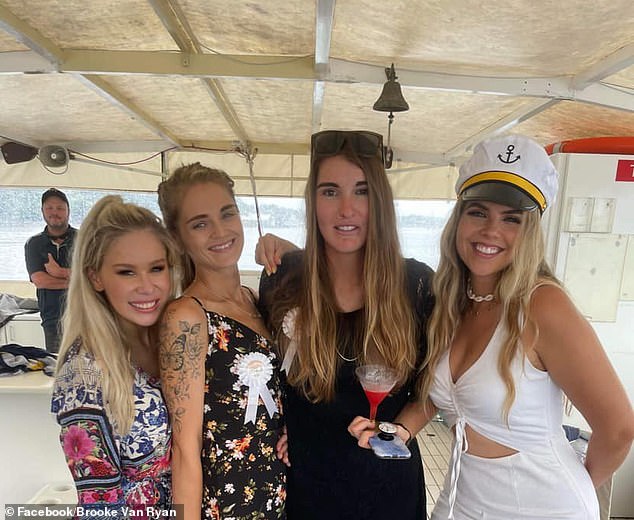 The spill occurred at the Caltex import terminal. Emergency services have contained the spill and are working to prevent contamination.

‘Urgent road closures in and around Kurnell Township – situated around Eloura Road at Greenhills (roundabout). Oil and diesel are mixed in with floodwaters over roads,’ the NSW SES said in a statement.

‘Motorists should avoid driving through the area. Drive to conditions and follow instructions of emergency services and road closure signage. 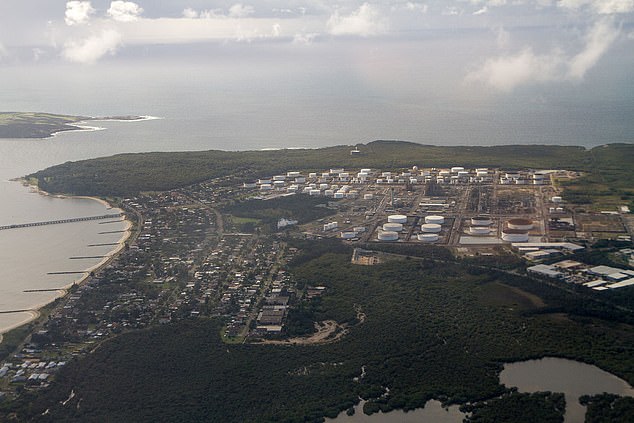 Emergency services have contained the spill

In a statement, an Ampol spokesperson said: ‘Early this morning the waste water treatment plant at our Kurnell terminal overflowed due to heavy rain, discharging water containing hydrocarbon residues onto the road adjacent.

‘Emergency services are on site and the release and spread of product has been contained. Work has commenced on recovering hydrocarbons that have been discharged.

They said approximately 700 litres of waste ended up on the road.

The spill comes as severe rainfall smashed Australia’s east coast, with evacuation warnings sounded for some suburbs on Thursday evening.

Further rain is forecast to hit NSW’s southern coastline, from Sydney on down, on Friday.