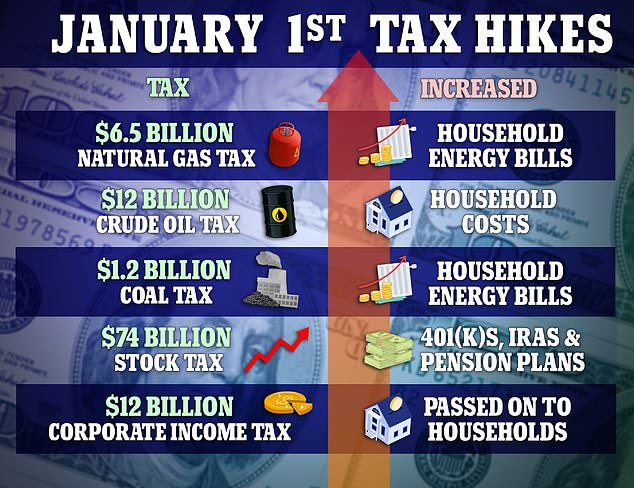 Democrats claimed the Inflation Reduction Act would help ordinary Americans, but new analysis suggests people making less than $400,000 a year could end up paying $20 billion of the new tax revenue it brings in.

President Joe Biden signed the act into law in August, injecting $473 billion of new spending on climate and healthcare, yet there are strong concerns it will do little to reduce inflation.

Republicans continue to criticize the bill, claiming it will lead to taxes on ordinary Americans and do little to help reduce soaring costs.

President Joe Biden signed the act into law this past August injecting $473 billion of new spending on climate and healthcare, yet there are strong concerns it will do little to reduce inflation at all and instead lead to increased household costs and bill all-round

The bill includes $430 billion in spending, raises $737 billion over a decade in revenue, and is projected to shave about $300 billion off the deficit.

The House passed the bill 220-207 on a party-line vote after it squeaked through the Senate 51-50 with all Democrats and Vice President Kamala Harris voting for it.

It jettisoned many of the key social programs from Biden’s original Build Back Better proposal.

It raises $265 billion by allowing the government to negotiate with drug companies for lower Medicare prescription drug costs.

Its climate provisions, totaling $369 billion, are projected to cut carbon emissions by 40 per cent from earlier levels, and it includes extensions of Affordable Care Act subsidies totaling $64 billion.

The new excise tax on stock buybacks came at the insistence of Sen. Kyrsten Sinema (D-Ariz.), after she nixed a provision to close the ‘carried interest loophole.’ 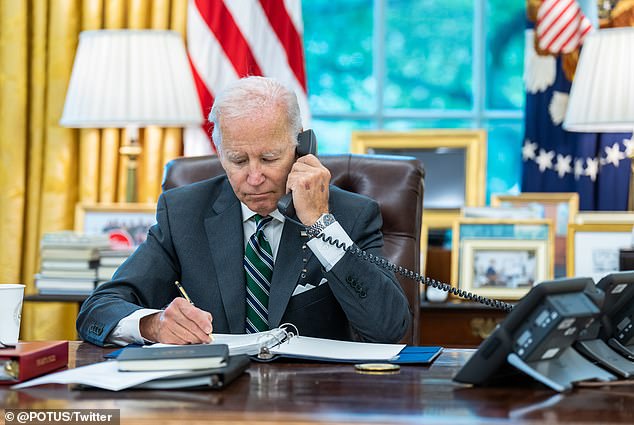 President Joe Biden signed the act into law this past August injecting $473billion of new spending on climate and healthcare, yet there are strong concerns it will do little to reduce inflation at all

One of these taxes is a regressive tax on American oil and gas development, which is estimated to increase taxes by $6.5 billion.

The tax hike goes against President Biden’s promise not to raise taxes for Americans making less than $400,000 per year.

According to the American Gas Association, this methane tax alone could result in a 17 percent increase on the average family’s natural gas bill.

Despite retail energy prices already being at multi-year highs in the United States, Democrats have chosen to include this tax in the bill.

Officials from the Biden administration have acknowledged that this type of tax, which raises consumer energy prices, goes against President Biden’s $400,000 tax pledge. 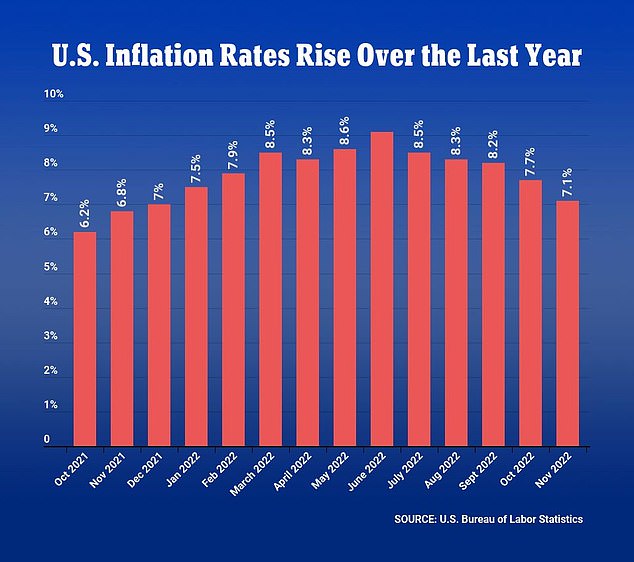 The annual inflation rate for the United States is 7.1% for the 12 months ended November 2022 after rising 7.7% previously, according to U.S. Labor Department data published December 13

According to some sources, Democrats are proposing a 16.4 cents-per-barrel tax on crude oil and imported petroleum products that is expected to be passed on to consumers in the form of higher gas prices.

This tax hike also goes against President Biden’s promise not to raise taxes for Americans making less than $400,000 per year, and administration officials have acknowledged that it violates this pledge.

In addition, the tax increase is tied to inflation, meaning that it will also increase as inflation rises.

The Joint Committee on Taxation (JCT), a non-partisan organization, estimates that this provision will generate $12 billion in taxes. 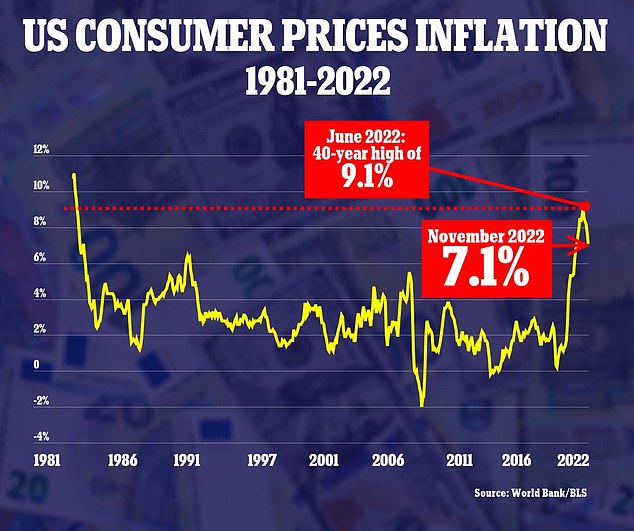 $1.2 billion coal tax that will push up home energy bills 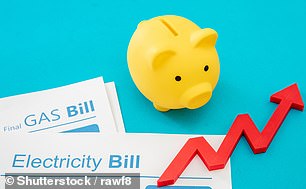 A $1.2 billion coal tax that is likely to push up home energy bills

Democrats are proposing a tax increase that more than doubles the current excise taxes on coal production.

The Joint Committee on Taxation (JCT) estimates that this will generate $1.2 billion in taxes that are expected to be passed on to consumers in the form of higher electricity bills.

$74 billion stock tax which could hit nest eggs including 401K’s, IRA’s and pensions

Democrats are proposing a new federal excise tax on stock buybacks, which is expected to reduce the value of household nest eggs and retirement savings accounts, including 401(k)s, IRAs, and pension plans.

This tax could also negatively impact union retirement plans and put American employers at a competitive disadvantage with China, which does not have such a tax.

Stock buybacks are known to help grow retirement accounts, and this tax could discourage companies from conducting buybacks, negatively impacting retirement savings for the 58 percent of Americans who own stock and over 60 million workers invested in a 401(k).

A tax on buybacks could also result in significant compliance costs for American companies, which may be passed on to working households. 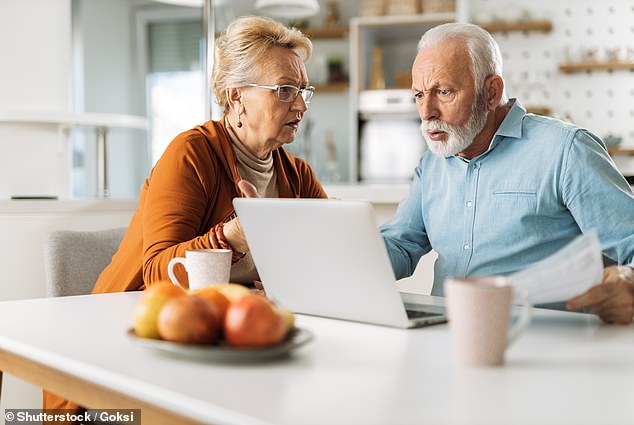 A $74 billion stock tax could hit nest eggs including 401K’s, IRA’s and pensions

Democrats are proposing a 15 percent corporate alternative minimum tax on the financial statement income of American businesses reporting $1 billion in profits for the past three years.

This tax increase is expected to be borne by working families in the form of higher prices, fewer jobs, and lower wages.

A report from the Tax Foundation found that this tax would reduce GDP by 0.1% and result in the loss of 27,000 jobs.

The Congressional Budget Office estimates that this provision would increase taxes by more than $225 billion.

The Joint Committee on Taxation (JCT) has determined 49.7 percent of this tax would be borne by the manufacturing industry, which is already struggling with supply chain disruptions.

The report concluded that ‘the coal industry faces the heaviest burden of the book minimum tax, facing a net tax hike of 7.2percent of its pretax book income, followed by automobile and truck manufacturing, which faces a 5.1% tax hike.’

Olivia Williams, who plays Camilla in The Crown describes Tampongate as ‘the absolute best...

Dave Chappelle’s attacker speaks for first time: says he was ‘triggered’ by the comedian’s...

Ellen DeGeneres lists a cottage in Montecito ‘within close proximity to the beach’ for...