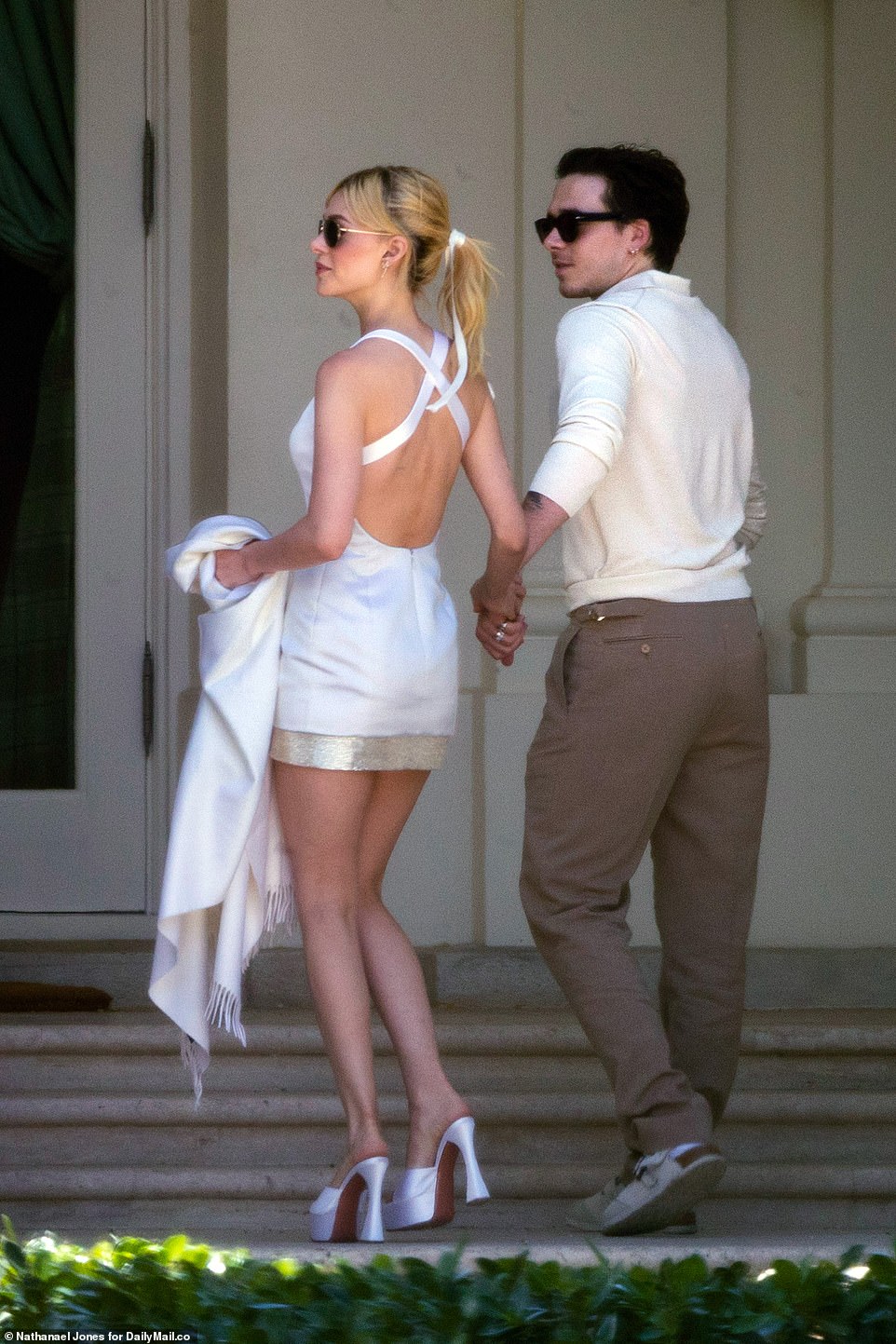 From the idyllic beachside setting to the mega-marquees, multitudinous celebrities and rivers of champagne – this was the wedding which had everything, for the people who have everything.

A celebration of young love on an epic scale, the bride – an actress and model who is the daughter of a billionaire – fulfilled her every fashion fantasy in a dreamy cloud of a bespoke Valentino gown with cap sleeves, long white gloves and a full veil of embroidered lace.

The Newleyweds, Brooklyn and Nicola Beckham are seen arriving to their post nuptials brunch at their family home in Palm Beach, Florida 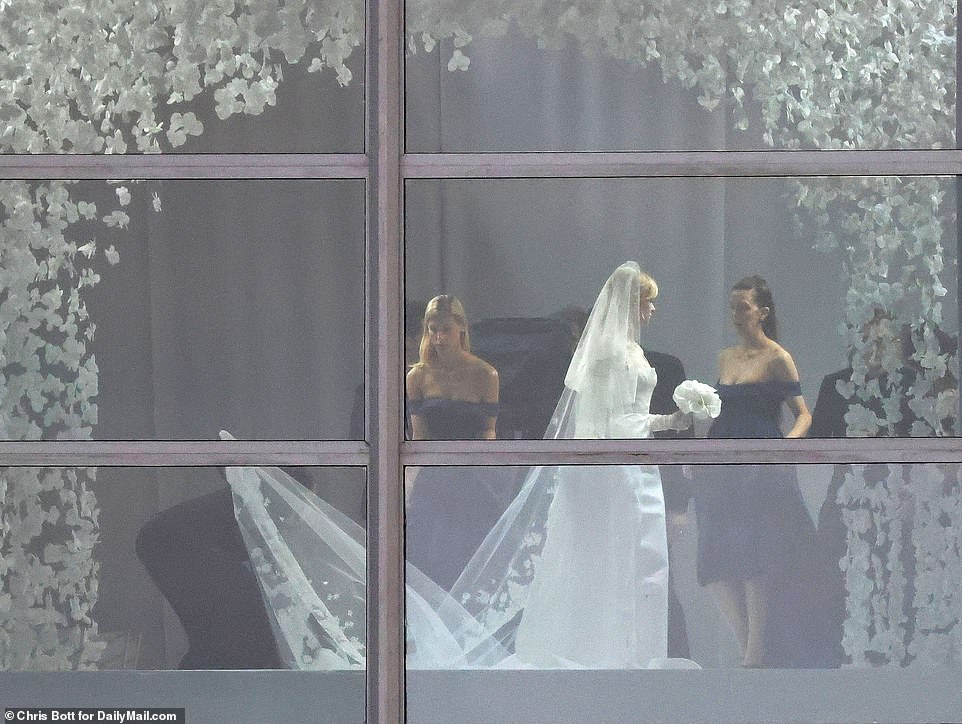 Nicola Peltz (in her wedding dress), 27, and groom Brooklyn Beckham, 23, said their vows at 6pm on Saturday in Palm Beach, Florida 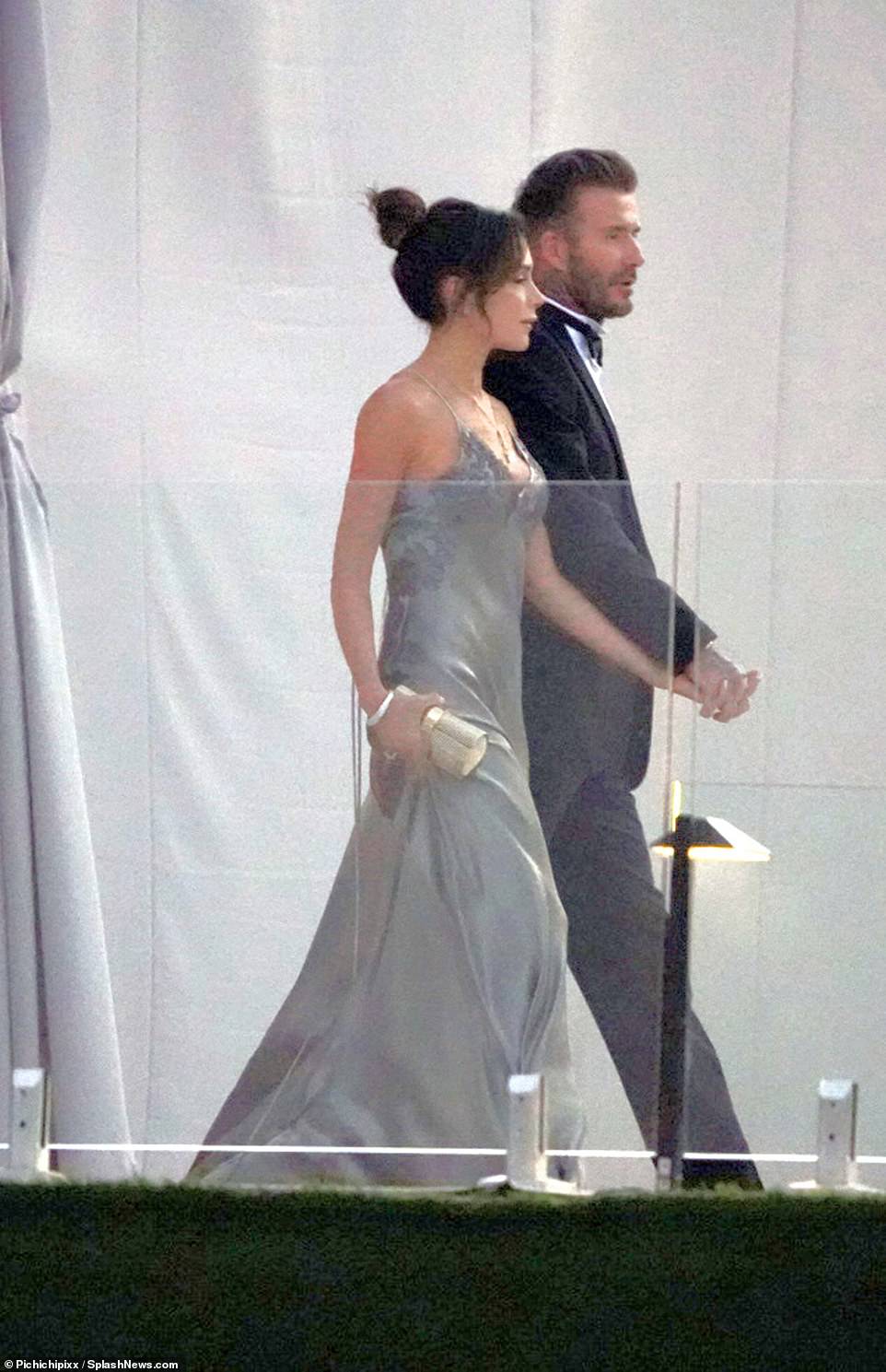 The Beckhams did contribute their bit – David and Victoria are thought to have paid for the services of DJ Fat Tony, who flew out from London to do a set 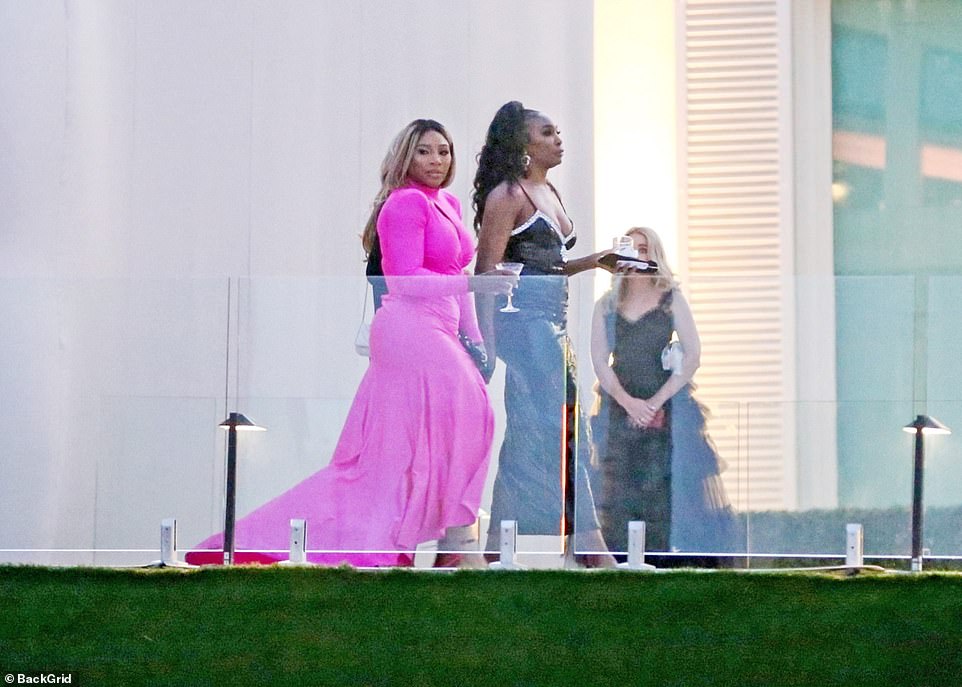 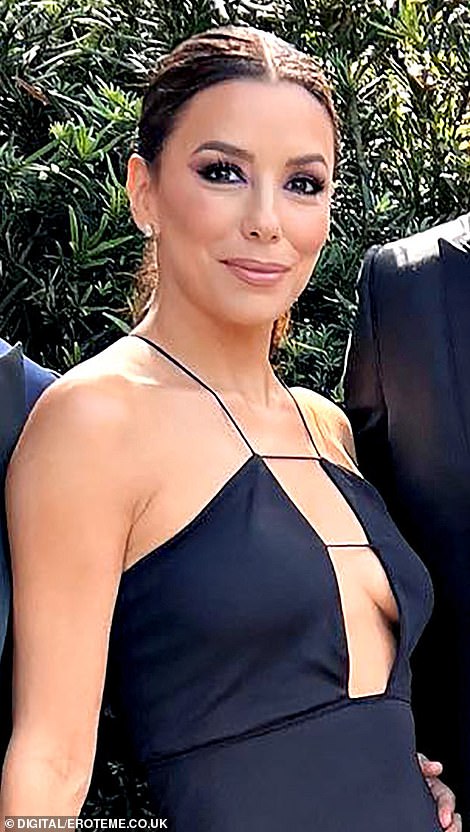 There were two ceremonies – one Jewish and one Catholic – to reflect the faiths of her parents.

The rabbi conducting the first ceremony caused consternation and mirth by repeatedly accidentally calling Brooklyn ‘David’ while they said their vows.

I’m told Brooklyn, who bears accusations of nepotism with good grace, found it funny that even at this moment he was being overshadowed by his more famous parent. Apparently the rabbi excused himself by explaining that he is a football fan.

Brooklyn’s new father-in-law Nelson Peltz, 79, a billionaire corporate raider who is one of the wealthiest men in America, footed the bill.

Well-placed sources suggested yesterday the final total could have been closer to £15million than the £3million which has been reported, making it one of the most expensive weddings ever – and sparking a backlash over such a show of excess at a time of hardship and war.

With festivities over three days, around 500 guests, and fortunes spent on flowers and clothes, the event may have quite comfortably exceeded the benchmark set by Formula One heiress Petra Ecclestone in 2011.

She spent ‘over £12million’ according to her father Bernie when she married bullion dealer James Stunt in Italy.

The Beckhams did contribute their bit – David and Victoria are thought to have paid for the services of DJ Fat Tony, who flew out from London to do a set.

Their friend Marc Anthony, formerly married to Jennifer Lopez, is understood to have performed gratis as a favour too. The couple’s first dance was to Can’t Help Falling In Love With You.

Guests – who had to give up their mobile phones to maintain a Vogue magazine exclusive – report that both shed tears of joyful emotion. 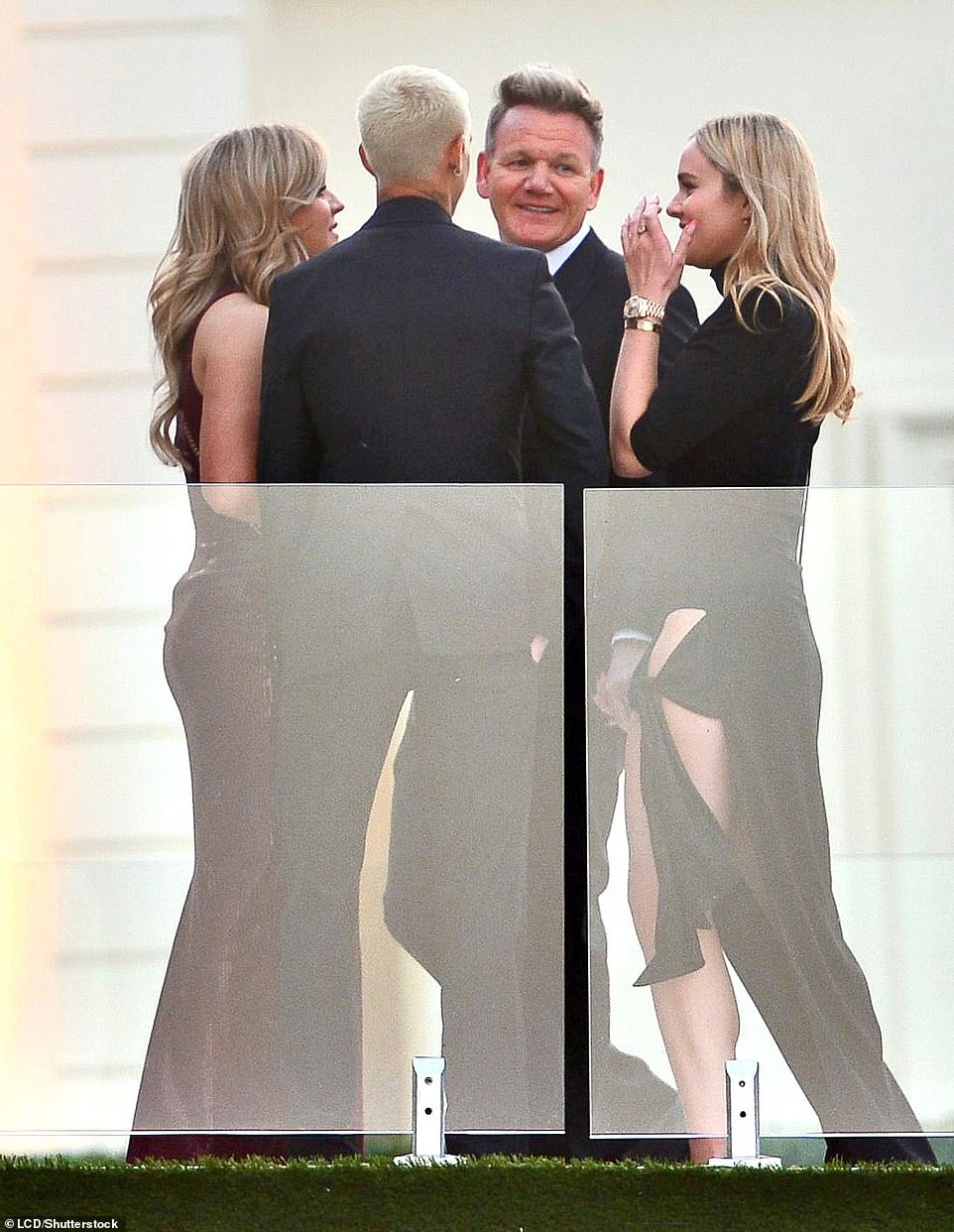 Gordon Ramsay was among the celebrity guests to attend the wedding of Brooklyn Beckham and Nicole Peltz in Palm Beach, Florida 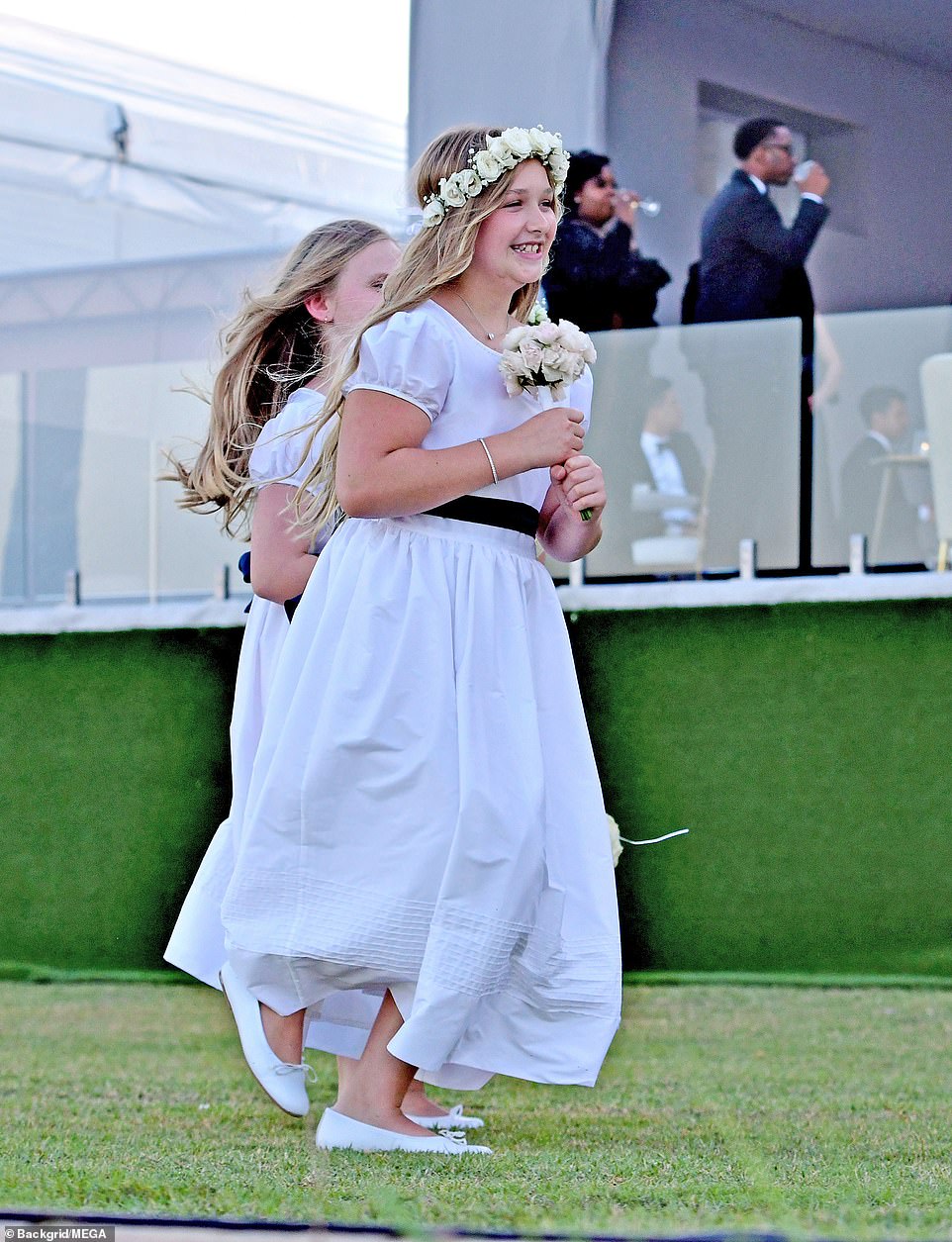 Not that they are shy of attention. Pictures will be released online by the magazine in due course, and video footage – and the July cover of Vogue – will be of the pair too.

In speeches afterwards, Brooklyn’s younger brothers Romeo, 19, and Cruz, 17, spoke of their pride in the man Brooklyn had become.

Miss Peltz’s brother Brad, who was ‘Man of Honour’, told him: ‘Welcome to the family. Rule No 1: Happy wife, happy life.’

Former England captain David, 46, had the chance to give a speech at the pre-dinner on Friday night and told Miss Peltz: ‘We love you so much. We are excited that you’ll be part of the family.’

Brooklyn and his bride will both be known by the family name Peltz Beckham from here on. 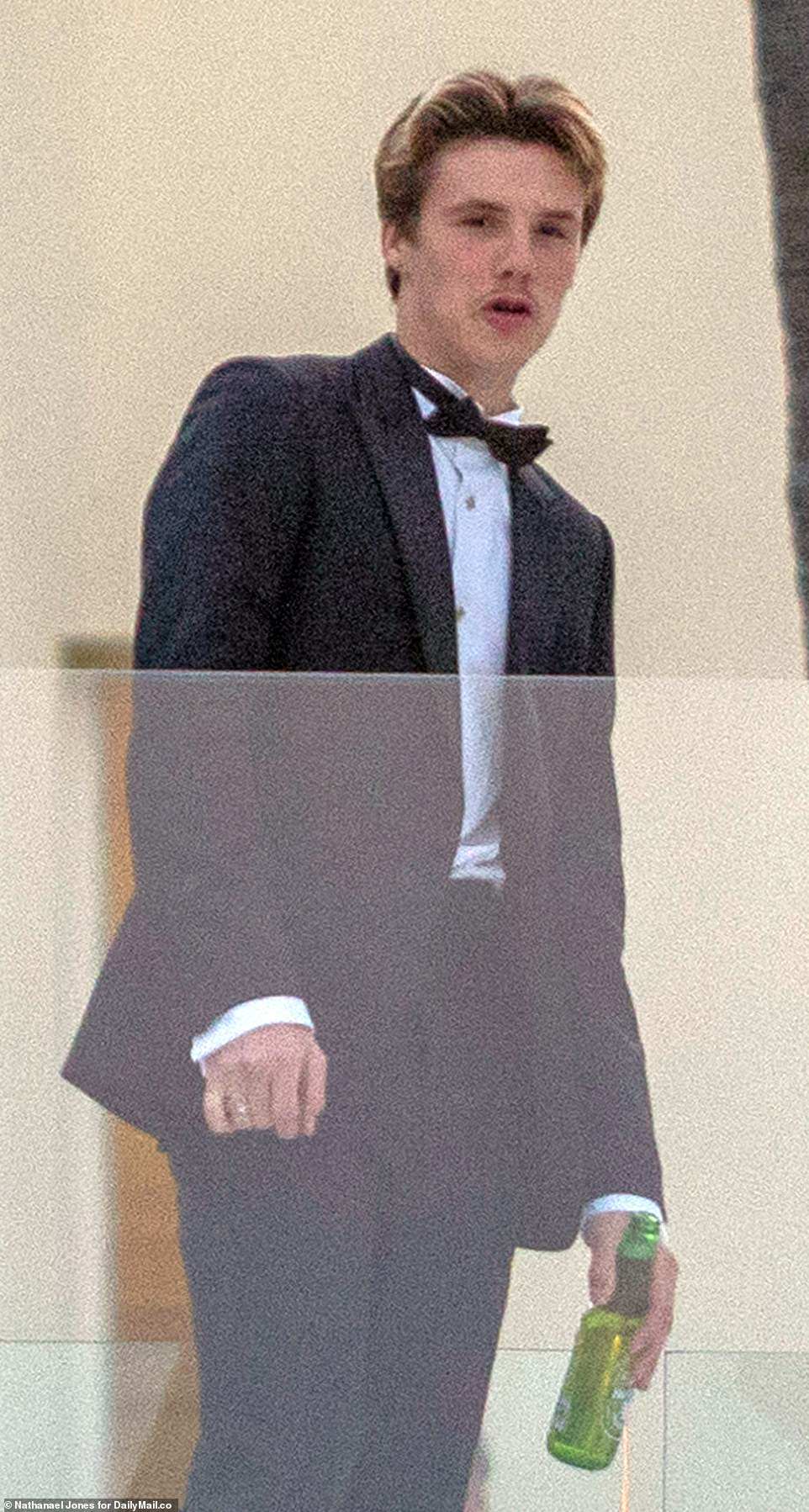 Cruz Beckham, wearing a suit at the wedding, was seen drinking a Heineken as he walked to the dance tent with his brother and friends

Her sister Serena, 40, also seemed to enjoy the celebrations, posting an Instagram story that said she was going to bed at 4am.

Victoria’s former Spice Girl bandmates Mel B and Mel C were both there. But Emma Bunton sent her apologies from London and Geri Horner was in Australia for the Grand Prix with her husband Christian, the boss of Formula One’s Red Bull team.

There was a strong fashion element to the event, with Hollywood stylist Rachel Zoe and fashionista Derek Blasberg also among the invited throng. The dress code for men was black tie.

In style, Miss Peltz’s dress harked back to the iconic, demure wedding dress worn by Hollywood actress Grace Kelly when she married into the Monegasque royal family in 1956.

Her groom is not royalty – although Brooklyn, an aspiring chef and one-time aspiring photographer, can boast he descends from a celebrity dynasty instead.

This couple, dating since late 2019, are ‘Insta-famous’ with nearly 16 million followers between them, and it was all about picture perfect optics. 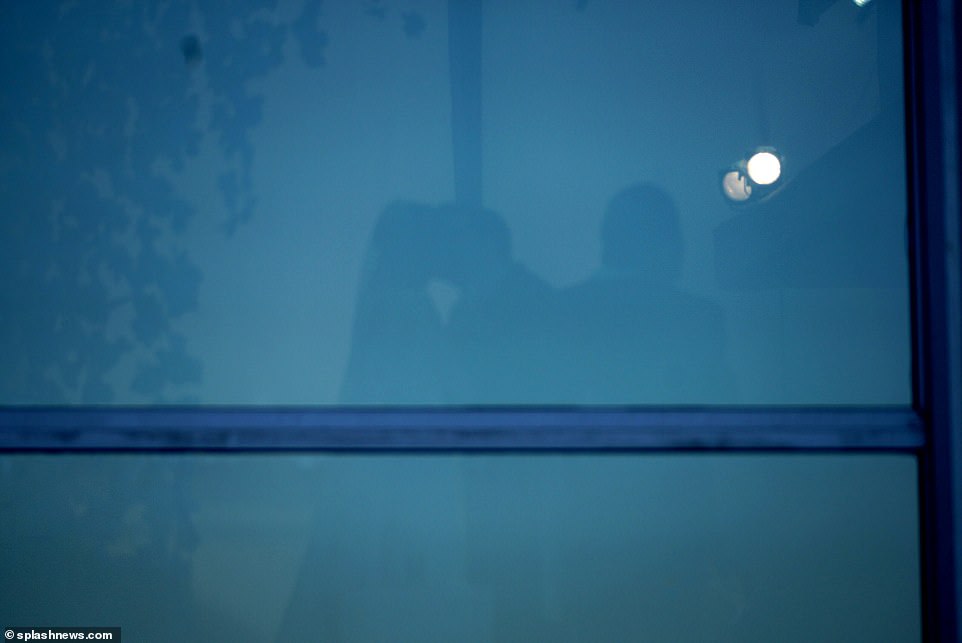 Brooklyn Beckham and Nicola Peltz kiss after being pronounced husband and wife behind heavily blinded windows at a marquee in Palm Beach. Two shadowy figures believed to be the happy couple could be seen embracing during the lavish nuptials

The ceiling, covered with trailing white orchids, was pure social media gold. Brooklyn’s sister Harper, ten, was one of the bridesmaids and wore a crown of white ranunculus and a simple dress with an indigo sash.

The festivities started with a barbecue and welcome celebration on Friday and finished with a lavish brunch in Palm Beach yesterday.

There, Miss Peltz wore another white bespoke Valentino dress along with £810 platform heels.

The newlyweds, who live in a £12million mansion in Beverly Hills, have reportedly signed a prenup, agreeing to retain their own assets and properties if they ever divorce.

Critics of the event were out in force on Twitter yesterday with one writing: ‘The opulent display while the nation faces a cost of living crisis is breathtaking.’ Another branded it ‘disgusting’.

More than 50% of stores in Tennessee, Texas and Biden’s home Delaware are now...