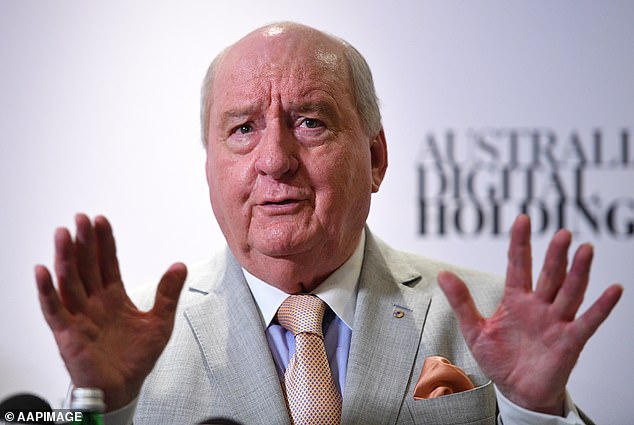 EXCLUSIVE: Why Alan Jones has disappeared: One of Australia’s most influential broadcasters hasn’t been seen for weeks – and won’t be back until next year

Veteran broadcaster Alan Jones has vanished from the airwaves after he was rushed to hospital to undergo vital spinal surgery – and he won’t return until 2023.

Influential Jones, 81, has been battling crippling back pain for years and hasn’t been on air his daily shows and podcasts on Facebook and the ADH Network since October.

‘His body’s not in good shape,’ he admitted to Daily Mail Australia on Thursday. ‘His brain is all still there and he’s still got high energy levels.

Alan Jones, 81, (pictured) has been battling crippling back pain for years and took another lengthy spell off the air last Christmas when surgeons operated on him

Jones retired from radio broadcasting in 2020 after a glittering career at 2UE and 2GB spanning decades, and briefly moved to Sky News Australia.

He left the payTV network in 2021 and later announced he was going online with Alan Jones Direct To The People to produce daily shows, updates and podcasts.

Jones last show was put online on October 27 when he interviewed One Nation senator Malcolm Roberts and Daniel Wild from the Institute of Public Affairs.

He signed off from that show with a blast at Prime Minister Anthony Albanese and promised to be back again the following Monday – but has not broadcast since.

It’s Jones’s second surgery. He was forced to walk with a cane after an earlier surgery took him out of action between Christmas last year and Easter.

But in October he suddenly vanished again from his daily shows and podcasts on Facebook and the ADH Network when he suddenly had to go under the knife again. 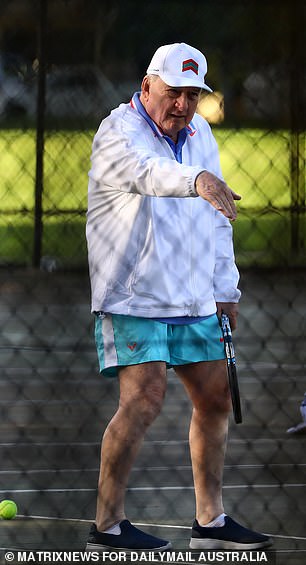 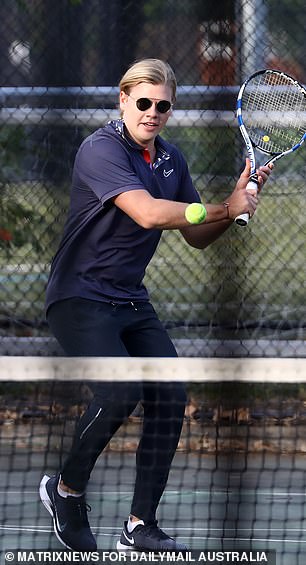 ‘He’s in there and he’s fine but he’s doing his recovery and rehab.

‘They were correcting something that I think was stuffed up the last time. They have assured him that after this operation though, he should be okay.

‘He’s been using a walking stick all year. He hopes to be able to throw that away after this latest surgery but we’ll see.

Thrupp added: ‘He’ll be back next year. We’re just going to take a break over summer and then come back.

‘There’s no keeping him down, that’s for sure.’ 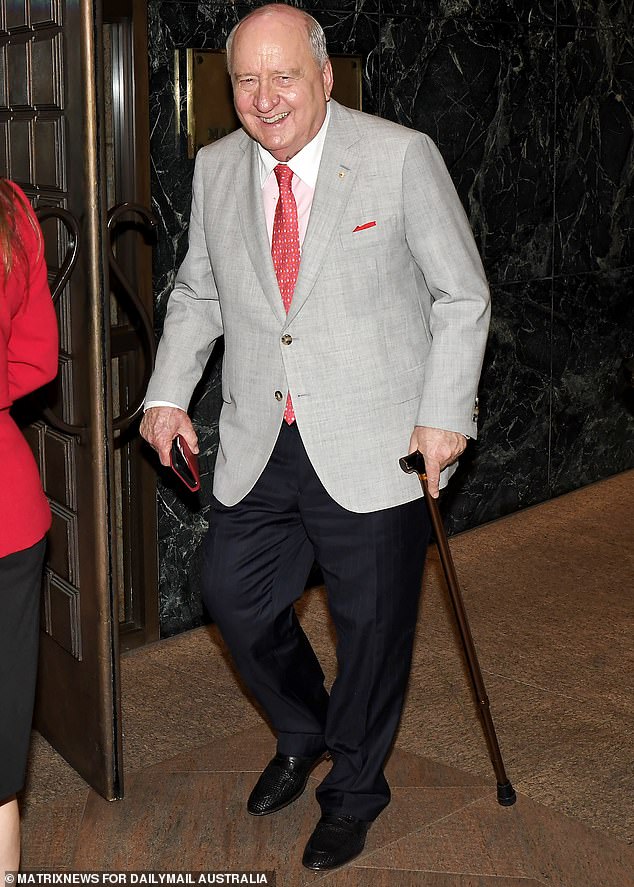 Jones has suffered increasing back problems for almost 40 years.

In 2017 he underwent a 13-hour operation after a damaged spinal disc became lodged in his spinal canal and left him unable to walk.

The controversial broadcaster and former Wallabies coach has previously battled prostate cancer and a brain tumour but blames his back issues on his love of sport as a child.

He began to suffer back pain 1984 and has now had at least six operations to try to ease his suffering.

‘The pain has been unbelievable,’ he said in 2017. ‘It’s a massive operation.

‘When the surgeons got in, they had this terrible job of getting to the area and then they had to open [lower spinal discs] L1, L2, L3, L4 and L5.

‘Luckily I can’t see the wound but the problem with backs is you have to sleep on them. You can’t escape it.’

He added: ‘The next challenge is I’ve got this body that is significantly weakened and I have to learn to walk again as my left leg can’t take the body weight.

‘I have a fairly big rehab job ahead.’ 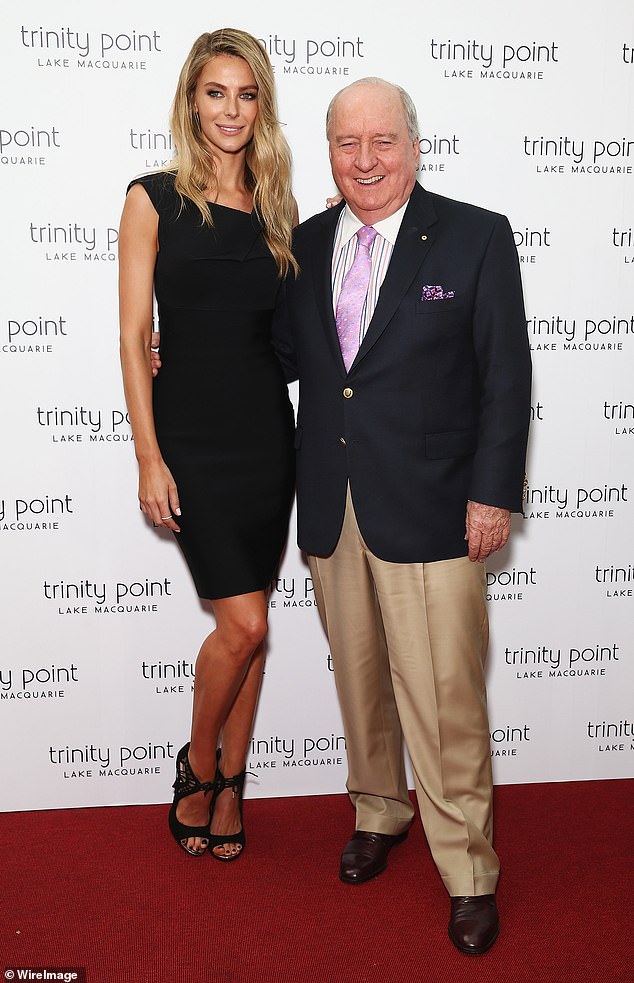 RUGBY TO RADIO: A TIMELINE OF ALAN JONES’ CAREER

1961: After leaving school Jones turns to teaching, taking up a role at a state school in Brisbane

1970: He becomes head of English at Sydney’s prestigious The King’s School

1975: After a successful stint as both a teacher and rugby coach at The King’s School, Jones leaves in a bid to win preselection for the Country Party

1978: Jones returns to Sydney and fails to win election to NSW parliament, before becoming a speech writer for state opposition leader John Mason

1982: Jones began as an assistant with NSW’s rugby union side, before taking up the role as Manly head coach and winning the Shute Shield

1984: Jones was offered the role as coach of the Australian rugby union team. He coached the team for four years

1985: His radio career begins at 2UE and lasts for 17 years, during which time he and mornings host John Laws form a formidable partnership

2012: During a speech at a Liberal Party event, Jones claims then Prime Minister Julia Gillard’s father had ‘died of shame’ at his daughter’s leadership. When he called to apologise, Ms Gillard refused to take his call

2018: Jones was ordered to pay $3.7 million to the Wagner family after he claimed they were responsible for the deaths of 12 people during the 2010-11 Queensland floods, after the collapse of a wall in a quarry they owned

2020: He announces his retirement from radio at the end of May

January 2022: Broadcasts suspended as he undergoes and recovers from back surgery

Sophie McShera oozes confidence in a glam metallic co-ord at the Downton Abbey: A...