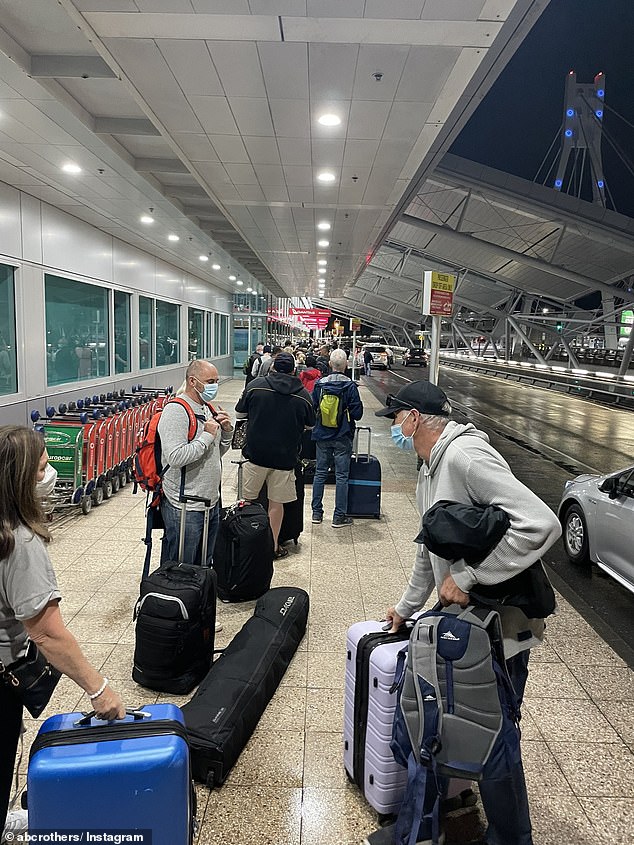 Thousands of holidaymakers desperate to escape for the Easter long weekend have begun their journeys, sparking more chaotic scenes at airports across Australia.

Passengers have been warned to arrive at least two hours before their departure as airports and airlines brace for the busiest day for domestic air travel in more than two years.

By 4am, long queues of bleary-eyed travellers had already snaked outside the terminal in Sydney, where 82,000 passengers expected to check-in throughout the day and another 79,000 estimated on Friday.

There are similar scenes in Melbourne with the check-in terminal already heaving with travellers by 5am. 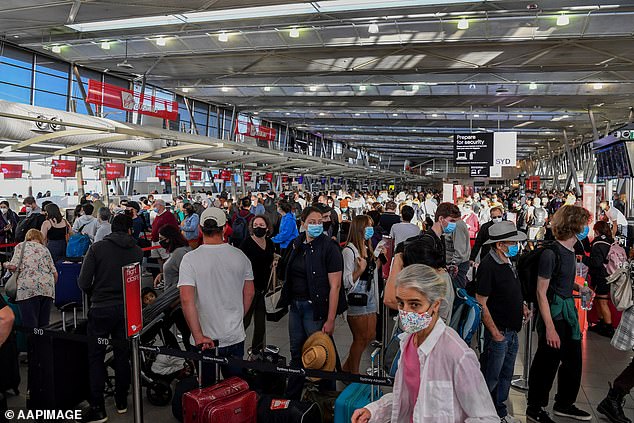 On top of overwhelming demand, airports are also struggling with mass staff shortages due to Covid-19 and close contact rules.

It’s the eighth consecutive day of chaos in Sydney, which is predicted to continue for another fortnight with two consecutive long weekends ahead.

Another 82,000 travellers are expected through the airport on April 22 alone ahead of the Anzac Day long weekend.

Airport bosses have apologised in advance with more delays expected.

‘I know it’s a difficult message to hear but Thursday is going to be another tough day for travellers, and I want to apologise in advance to anyone who is inconvenienced,’ Sydney Airport chief executive Geoff Culbert said. 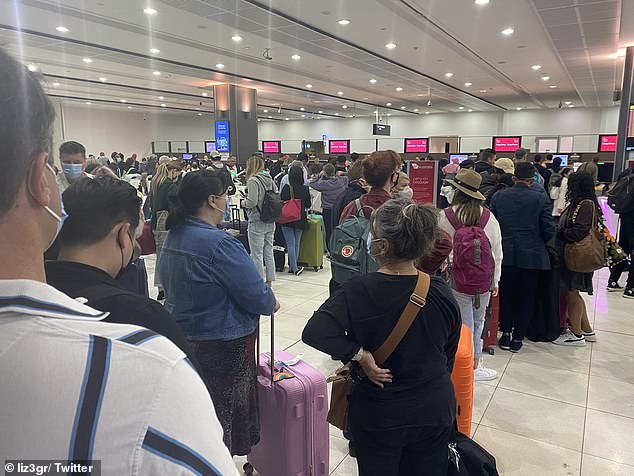 The Virgin Australia check-in  at Melbourne Airport was already busy 5.15am Thursday 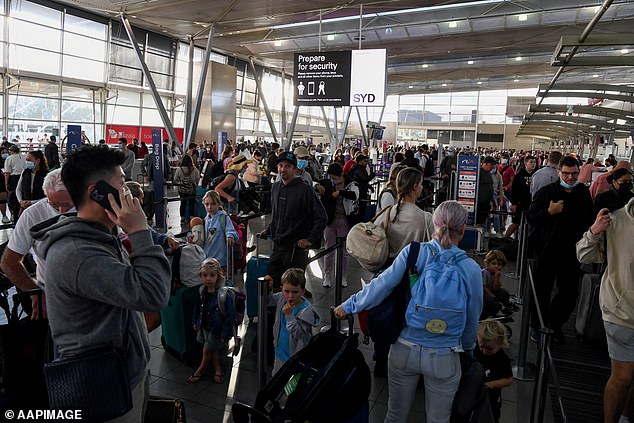 Melbourne Airport boss Lyell Strambi added: ‘COVID-19 decimated airlines and airports and resulted in thousands of highly skilled workers being stood down or made redundant.

‘Airlines and their suppliers are now scaling up their workforce but given the safety-critical nature of the jobs they do, recruitment and re-training can take time’.

Around 50,000 travellers are expected to go through Brisbane Airport on Thursday with another 25,000 in Adelaide. 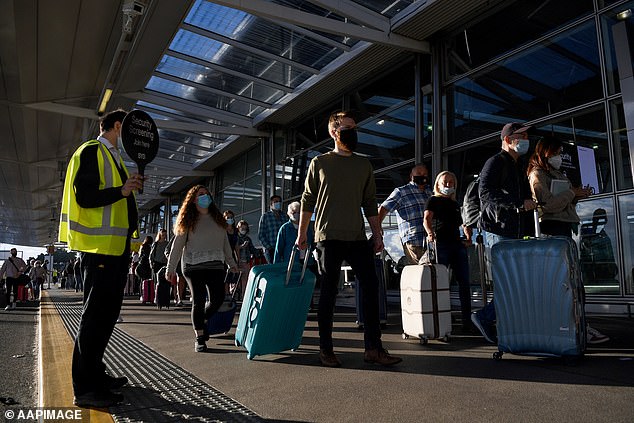 Recent records were broken at Gold Coast were broken a week ago and will surge again with the re-introduction of the Jetstar Gold Coast-Auckland service on Wednesday.

Flights to New Zealand are also fully booked after Kiwi Prime Minister Jacinda Ardern reopened the borders to double vaccinated Australians on Wednesday, nine months after the short-lived Trans-Tasman bubble burst due to a Covid outbreak. 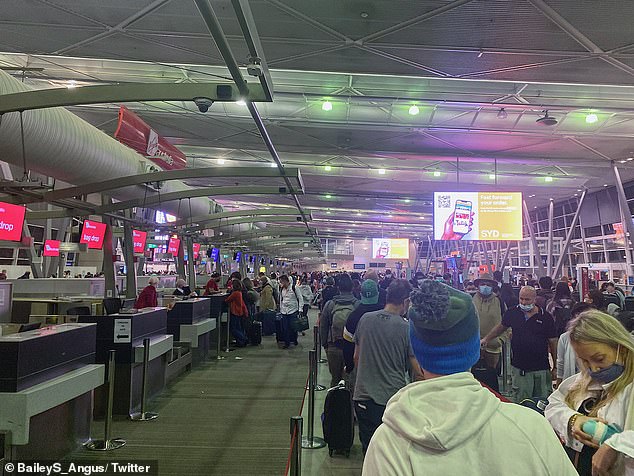 More than 82,000 travellers are expected to check-in at Sydney Airport in Thursday

How passengers can help reduce delays

Get laptops out of cases before security screening