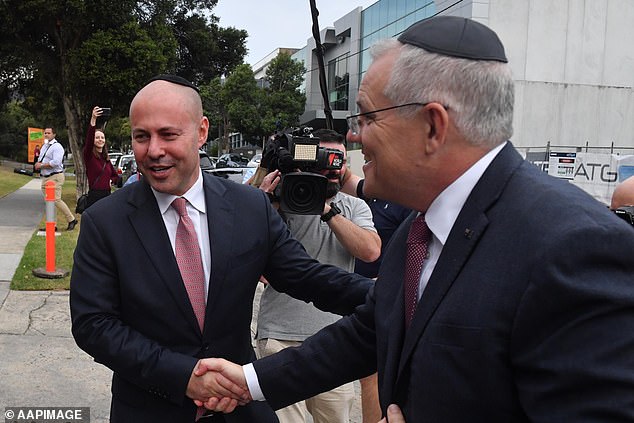 What campaign has he been watching? ABC breakfast host’s bizarre attack on Josh Frydenberg has viewers scratching their heads

Treasurer Josh Frydenberg has come to Prime Minister Scott Morrison‘s defence after he was asked why he was ‘scared’ to campaign side-by-side with his leader.

In a testy exchange on ABC News Breakfast on Wednesday morning, Mr Frydenberg was asked by co-host Michael Rowland why Mr Morrison had not been seen campaigning in the treasurer’s Melbourne seat of Kooyong since the election was called.

Mr Frydenberg explained he was the ‘best person’ to present his campaign before Mr Rowland cut him off saying: ‘What are you afraid of? Why are you scared to bring the Prime Minister into Kooyong?’

However, a bemused Frydenberg was quick to hit back: ‘He already has, we went to a religious service at a local synagogue and no doubt he has many competing requests…

‘I’d say to you – I am the best person to sell the Government’s message to meet my own local constituents and to be out there campaigning myself as I have been doing for the last three years in my local area.’

Scroll down for the video.

Josh Frydenberg welcomes Scott Morrison to the Ark Centre Synagogue at Hawthorne East in his electorate of Kooyong on day 5 of the election campaign, April 15

While Mr Morrison did attend the religious event, Mr Frydenberg admitted he hadn’t done an ‘official’ campaign trip with the PM.

Rowland: ‘But that wasn’t – as you say, it was quite rightly to celebrate Passover. It wasn’t a full campaign stop in going to shops and speaking to voters on the street.’

Frydenberg: ‘Can I just tell you once again – I think I’m the best advocate for myself and for the Liberal Party in my own seat.

‘I’m looking forward to debating [independent candidate] Monique Ryan. I’d like to have debated her in another channel studio but she refused to do so.

‘She’s a former long-standing member of the Labor Party. She sought to conceal it, she won’t tell our local community how she will vote on the other side of election in the event of a hung Parliament.

‘I think that the people of Kooyong deserve better.’

Rowland then cut off the Treasurer again to question why Mr Morrison wasn’t out reassuring voters in Kooyong that Mr Frydenberg is the best choice.

‘There’s 151 seats in the country and he’s already been to my seat,’ Mr Frydenberg said. 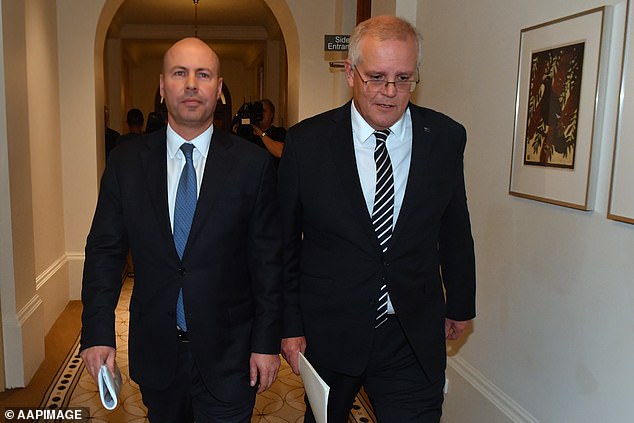 Mr Frydenberg was quizzed as to why he was avoiding publicity opportunities with Scott Morrison in his electorate following rumours several major Liberal electorates are dodging the PM’s visits because of his unpopularity. The treasurer and the prime minister were seen together on Tuesday (pictured) when they did a joint press conference to address the Reserve Bank’s decision to raise the official cash rate 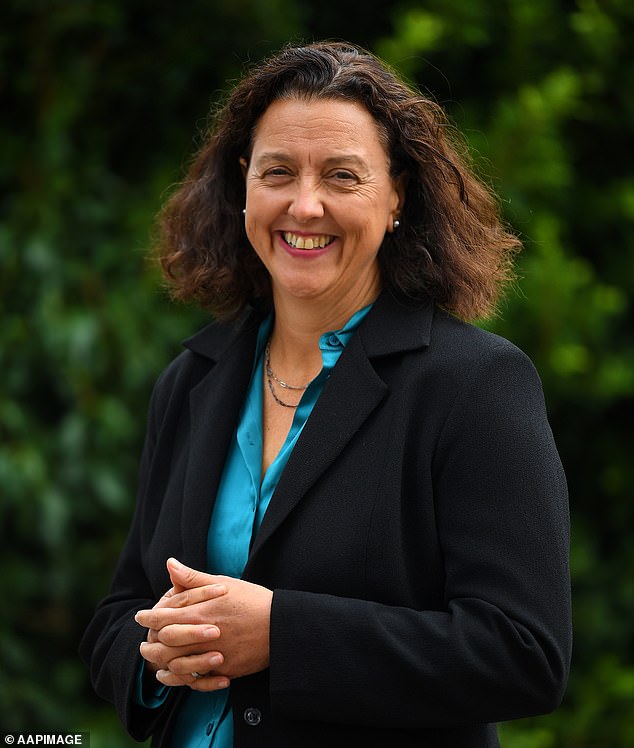 Mr Frydenberg and the prime minister were most recently seen together on Tuesday, when they did a joint press conference to address the Reserve Bank’s decision to raise the official cash rate to try and curb rising inflation.

Moderate Liberal Party members such as Dave Sharma in the Sydney electorate of Wentworth and Trent Zimmermann in North Sydney have also been quizzed as to whether they have dodged visits by the Prime Minister because of his unpopularity in their seats.

Mr Frydenberg has been the member for Kooyong since 2010 and is currently serving as the federal treasurer and the deputy leader of the Liberal Party.

However the longstanding MP is under more pressure than ever with independent candidate and former Labor Party member Monique Ryan posing a realistic threat to his re-election.

Ryan joined the Labor Party in 2007 and quit in 2010, claiming she left because of the party’s lack of action on climate change.

Ms Ryan is one of a growing group of ‘teal independents’ who are standing in a number of seats currently held by Liberal Party MPs.

While the mostly female politicians aren’t a united party, they are campaigning on similar policies – largely focused on climate change.

Ms Ryan is a neurologist at the Royal Children’s Hospital Melbourne.

Walmart shooter had a MANIFESTO on his phone outlining how he was upset after...

Minx canceled by HBO Max despite getting season 2 renewal and streaming service will...

NRL ‘threatened with breakaway competition’ by a number of clubs over funding and salary...