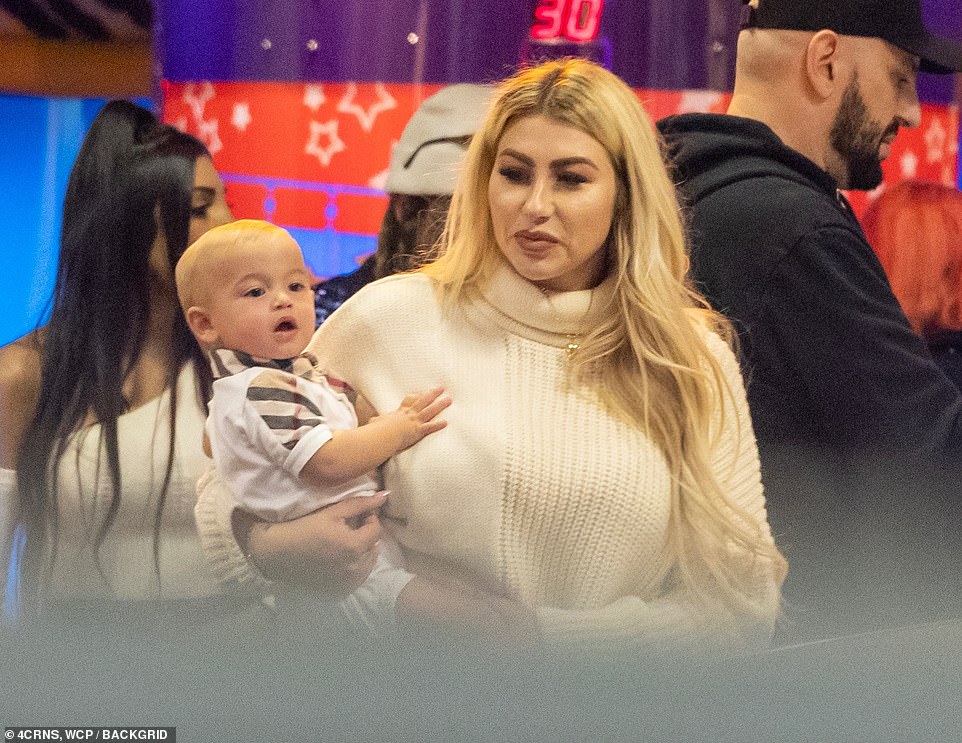 Melanie tenderly carried her son in her arms as she marked the special occasion with her supportive family and friends in Costa Mesa, California on Tuesday.

Aaron’s presence was felt throughout the evening with Melanie carrying a massive photo collage containing images of the late pop star and Prince’s birthday cake also bearing a photo of his father.

Melanie doted on her baby son as she carried him around the venue with her attentive friends by her side.

The young mother beamed with joy as she sat alongside her son on a miniature merry-go-round.

The birthday boy also got a chance to meet Chuck E. Cheese, and Melanie helped her youngster give the mascot a high-five.

Her supportive friends also showered the youngster with love. 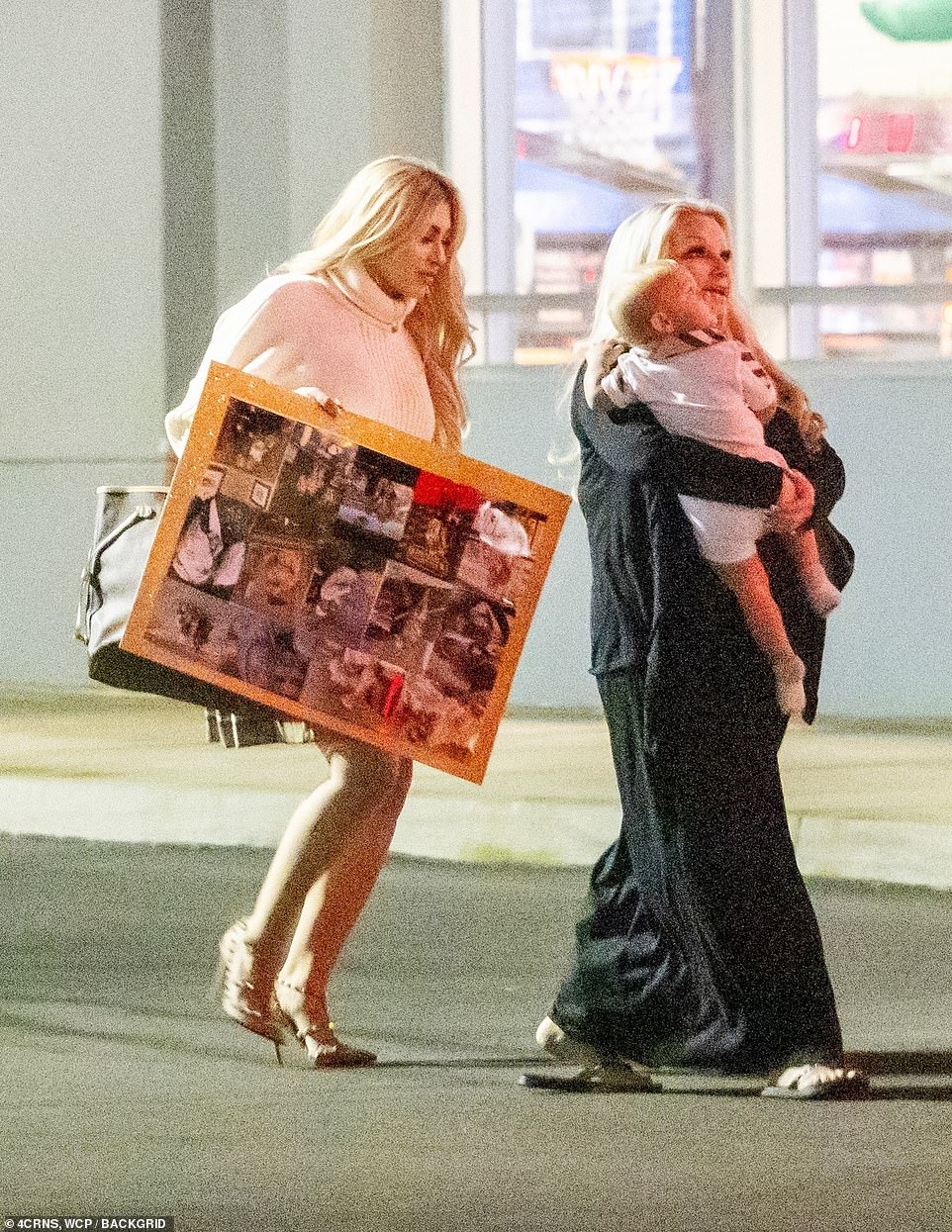 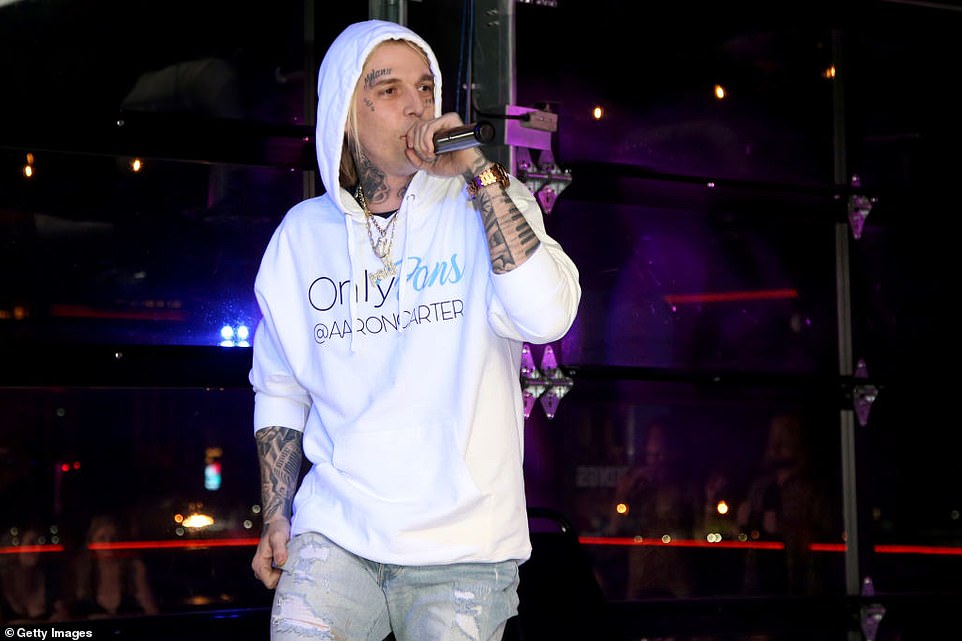 Tragedy: Carter was found dead in his bathtub in his home in Lancaster, California on November 5 aged 34; pictured February 2022 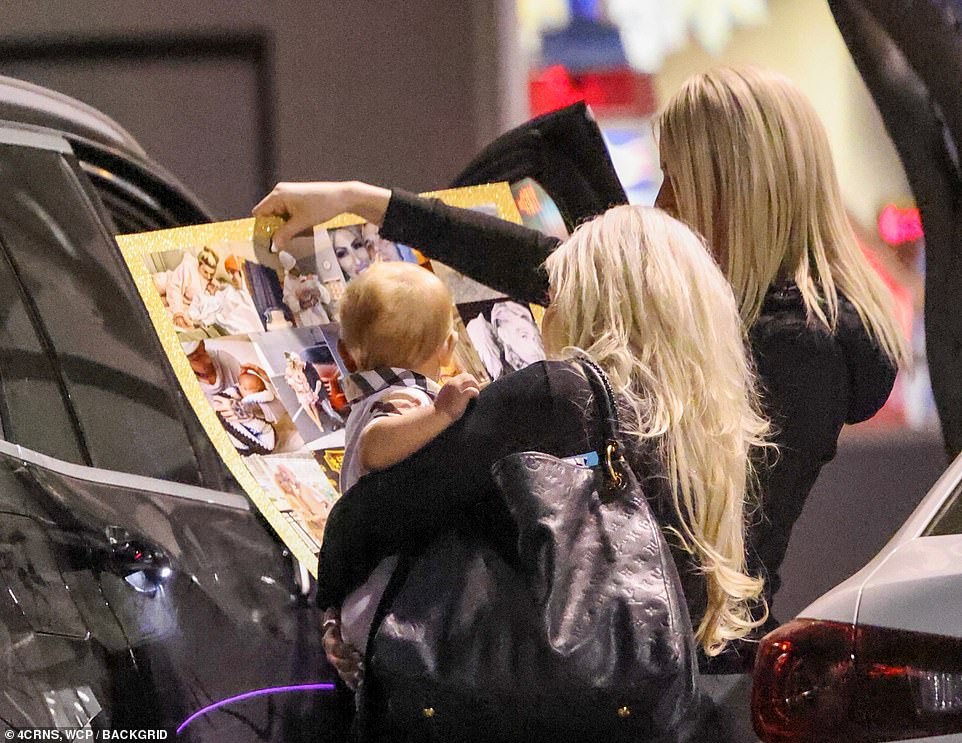 Memories: Prince gazed at the collage while in the arms of a loved one 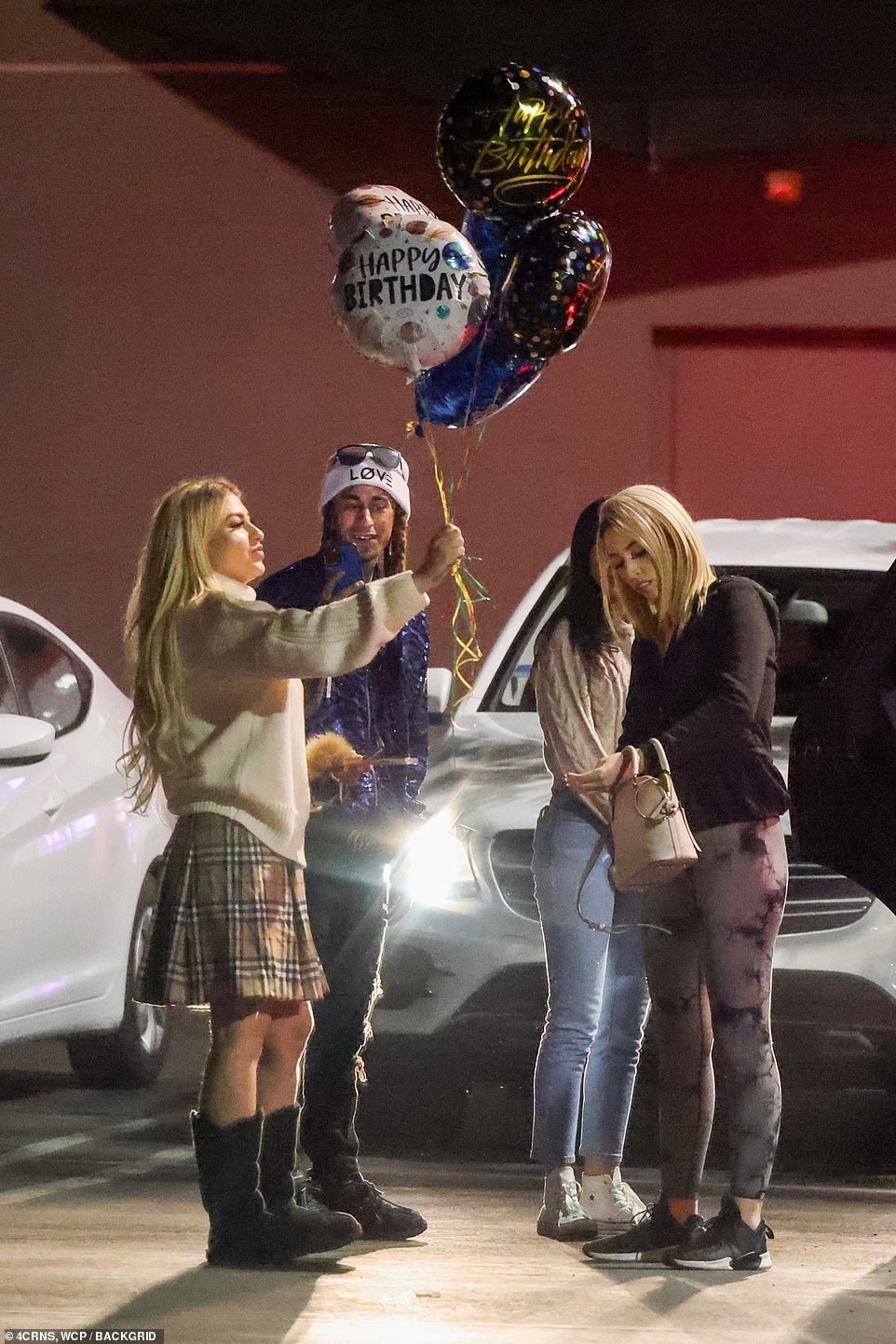 Symbolic gesture: Martin at one point let go of a bouquet of balloons into the night sky

One of her pals gently helped Prince take a photo inside a Chuck E. Cheese car while another carried Prince as they stepped outside.

Melanie strolled beside her with the photo collage in her possession.

In a symbolic gesture, she also let a bouquet of balloons float into the night sky. 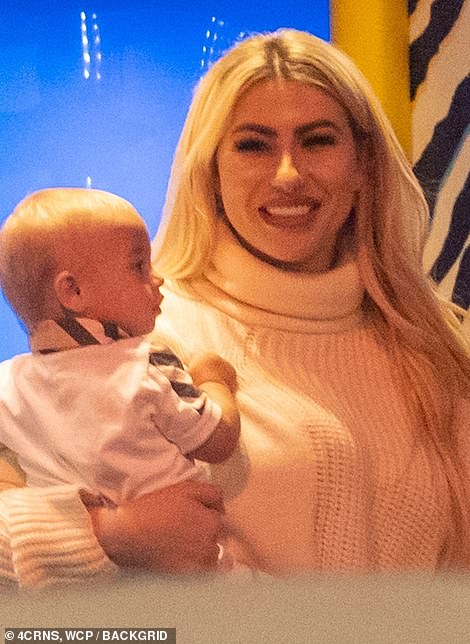 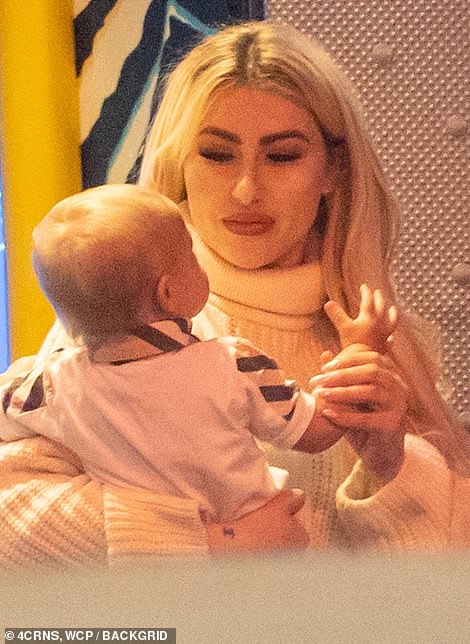 Doting mother: Prince was showered with love and affection by his mom 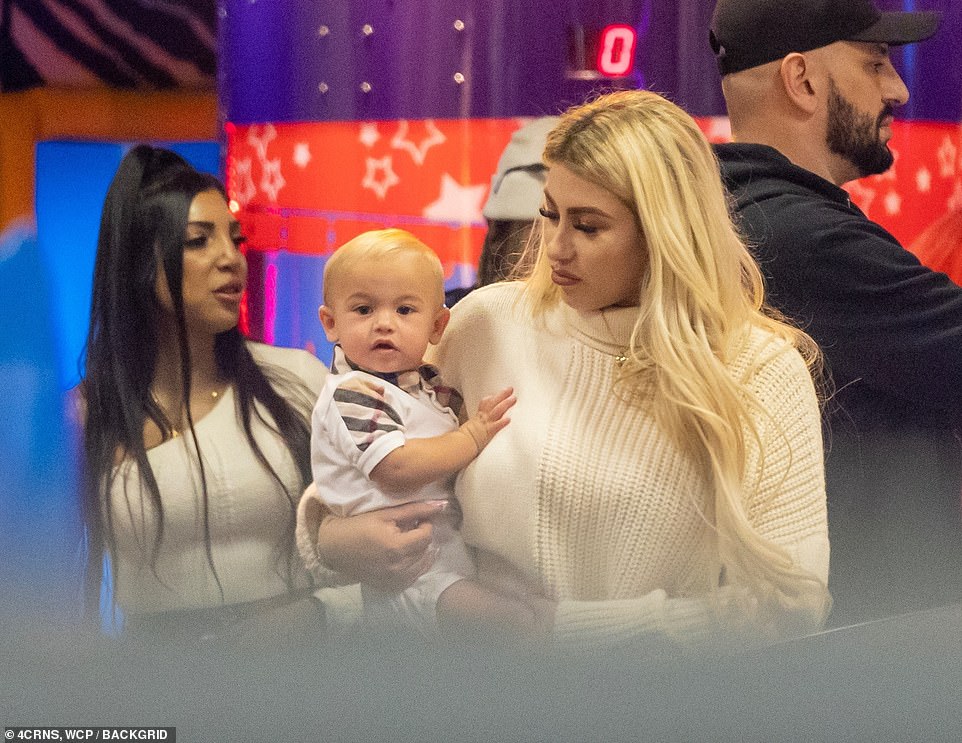 Aww: Prince was toted through the venue in the arms of his mother 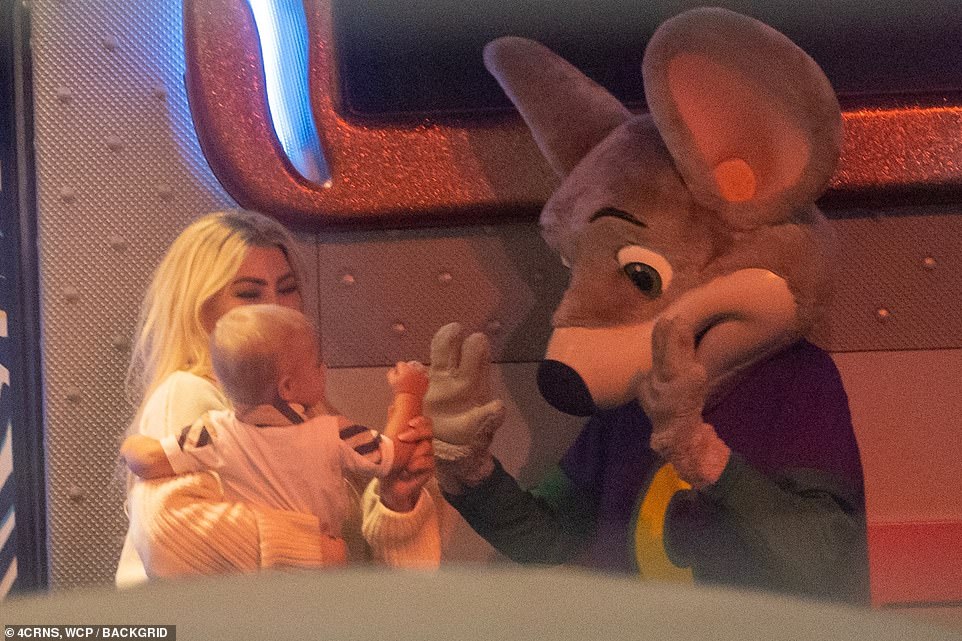 Say hello! The youngster even got to meet Chuck E. Cheese and gave him a high-five with the help of his mother

Melanie posted video of the moment to her Instagram Stories, writing, ‘… have to be strong for our son.’

Melanie shared many moments from Prince’s birthday to her account, including photos of his birthday cake and celebrations, along with video of a billboard in Times Square featuring Aaron and his son.

She admitted Prince’s birthday was going to be ‘tough’ in light of his father’s death as she shared a photo montage of Aaron and Prince.

‘Happy birthday to my baby boy Prince Lyric Carter… Today is going to be a tough one for me but I know your daddy is playing birthday songs for you up in heaven I love you baby boy!!!’ she captioned the post. 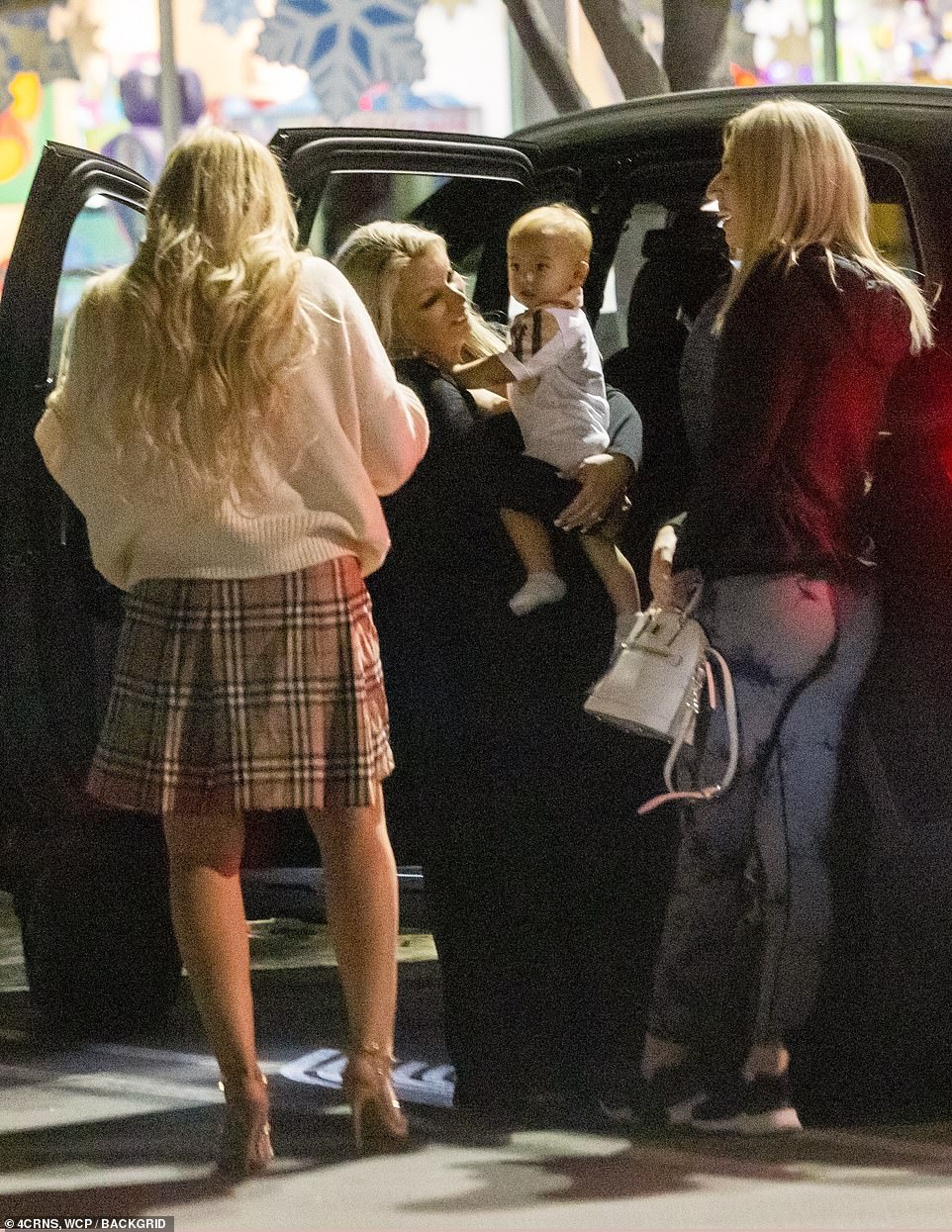 Showing their support: Martin’s friends and family came together for the special occasion 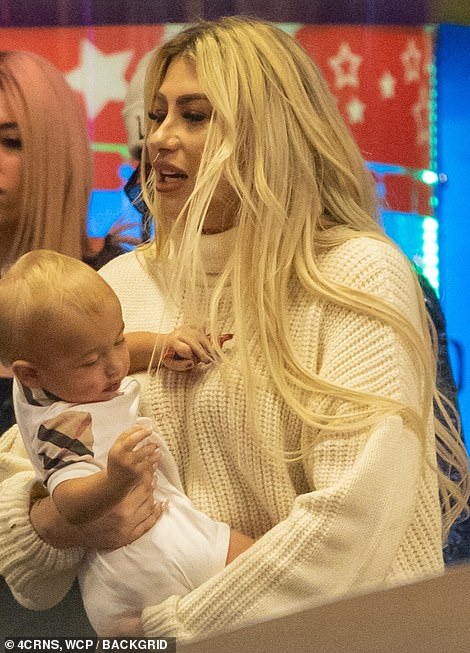 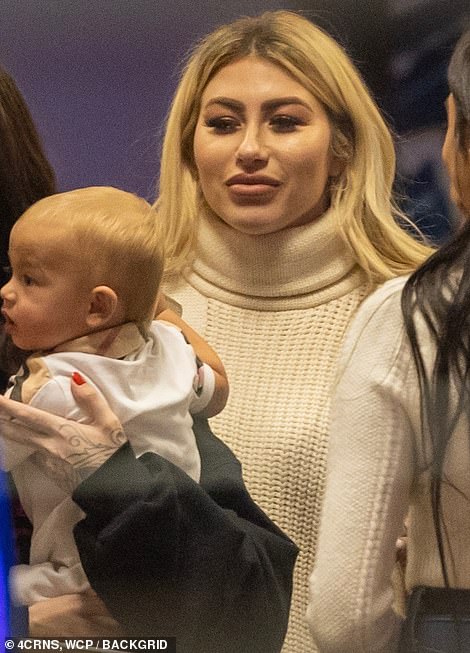 Mourning: The birthday comes just weeks after the death of Prince’s father Carter

Carter was found dead in his bathtub in his home in Lancaster, California on November 5 aged 34.

An official cause of death has yet to be determined, but police reportedly found multiple cans of compressed air and bottles of prescription pills at the scene.

Aaron has been cremated and his death certificate revealed his ashes will be held by his twin sister, Angel Carter. 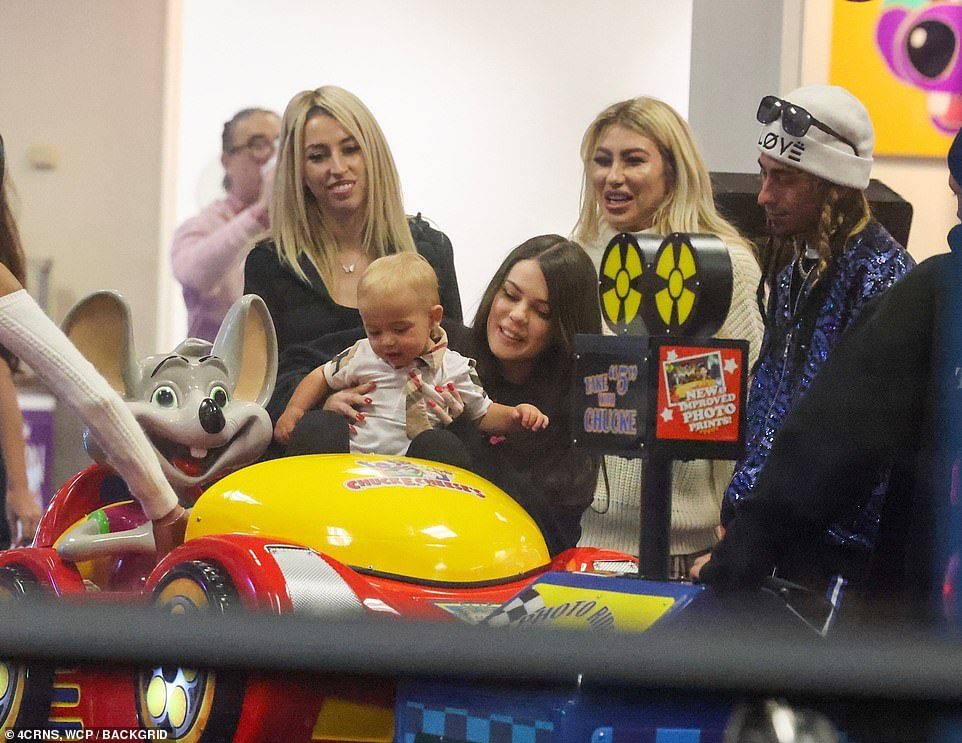 Aww: Her supportive friends also showered the youngster with love 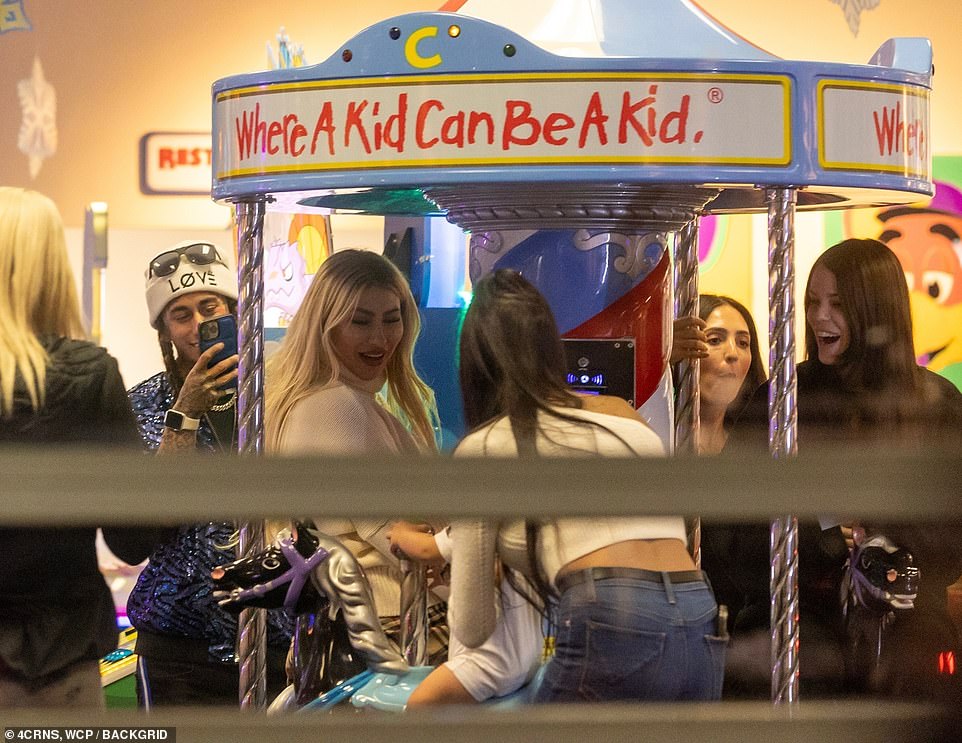 Birthday fun! Melanie beamed as she sat in a merry-go-round with her son

Carter was discovered by his housekeeper, known only as Betty, who had been living at the house for three weeks. The woman had been homeless and Carter and his on again/off-again girlfriend Melanie asked to look after the home after a friend’s mansion was broken into.

Carter said in an interview in August that he had been into rehab four times and had ‘finally got it right.’ But he went back to an outpatient program the following month to address his ‘triggers.’

At the time of his death, Carter was living with Melanie. 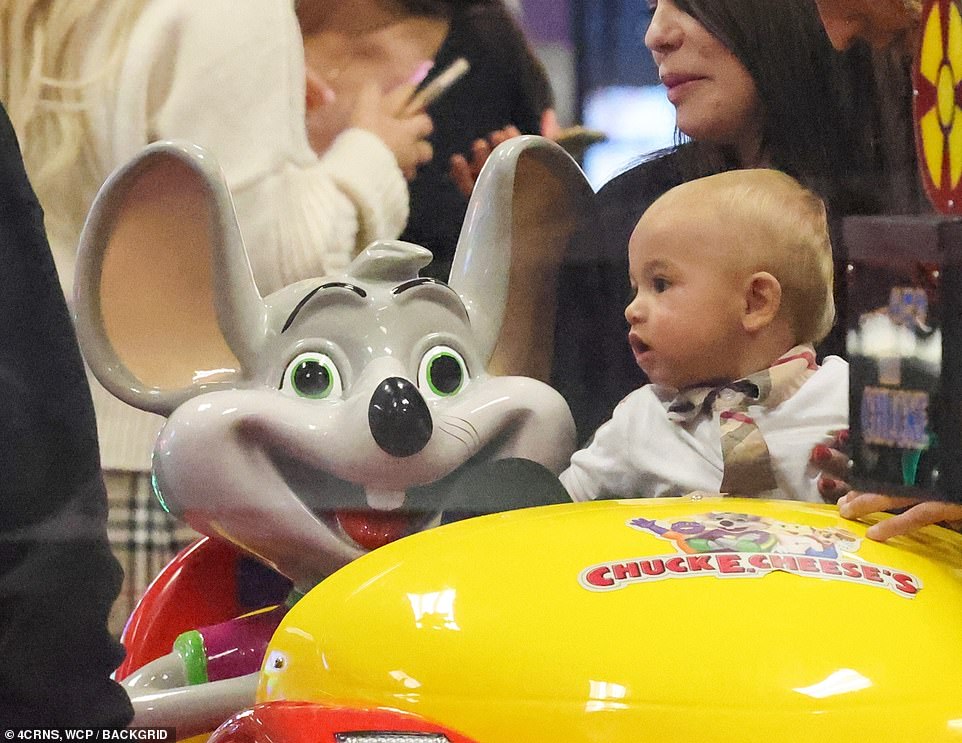 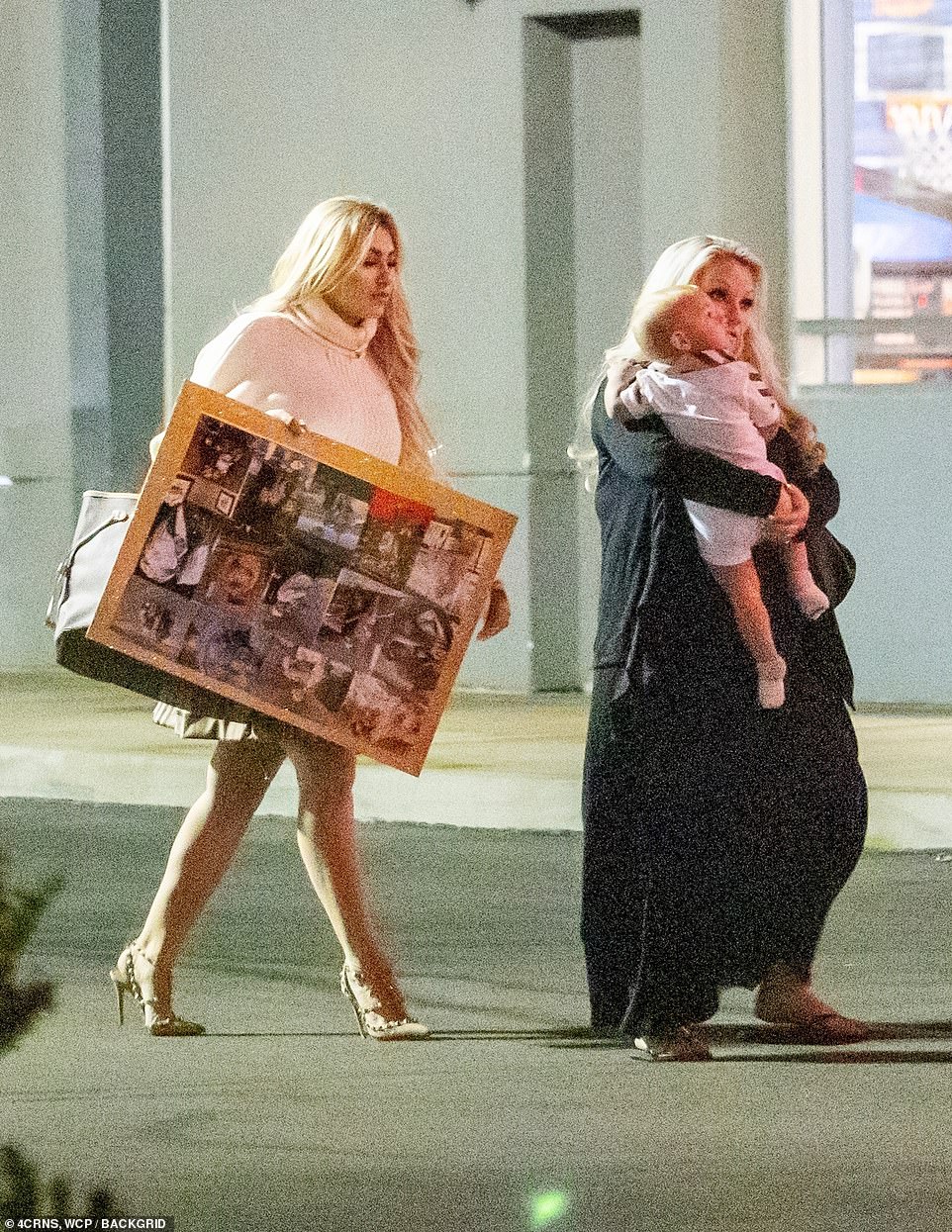 Tender loving care: A friend gently carried Prince outside as his mother strolled by with the collage in possession

Neighbors described the relationship as tempestuous, saying they often heard the couple shouting at each other and police were called at least three times.

One neighbor told DailyMail.com that Carter often locked Martin out of the house, leaving her to bang on the door, screaming ‘let me in’.

The neighbor said that another resident knocked on Carter’s door one day and Melanie answered. 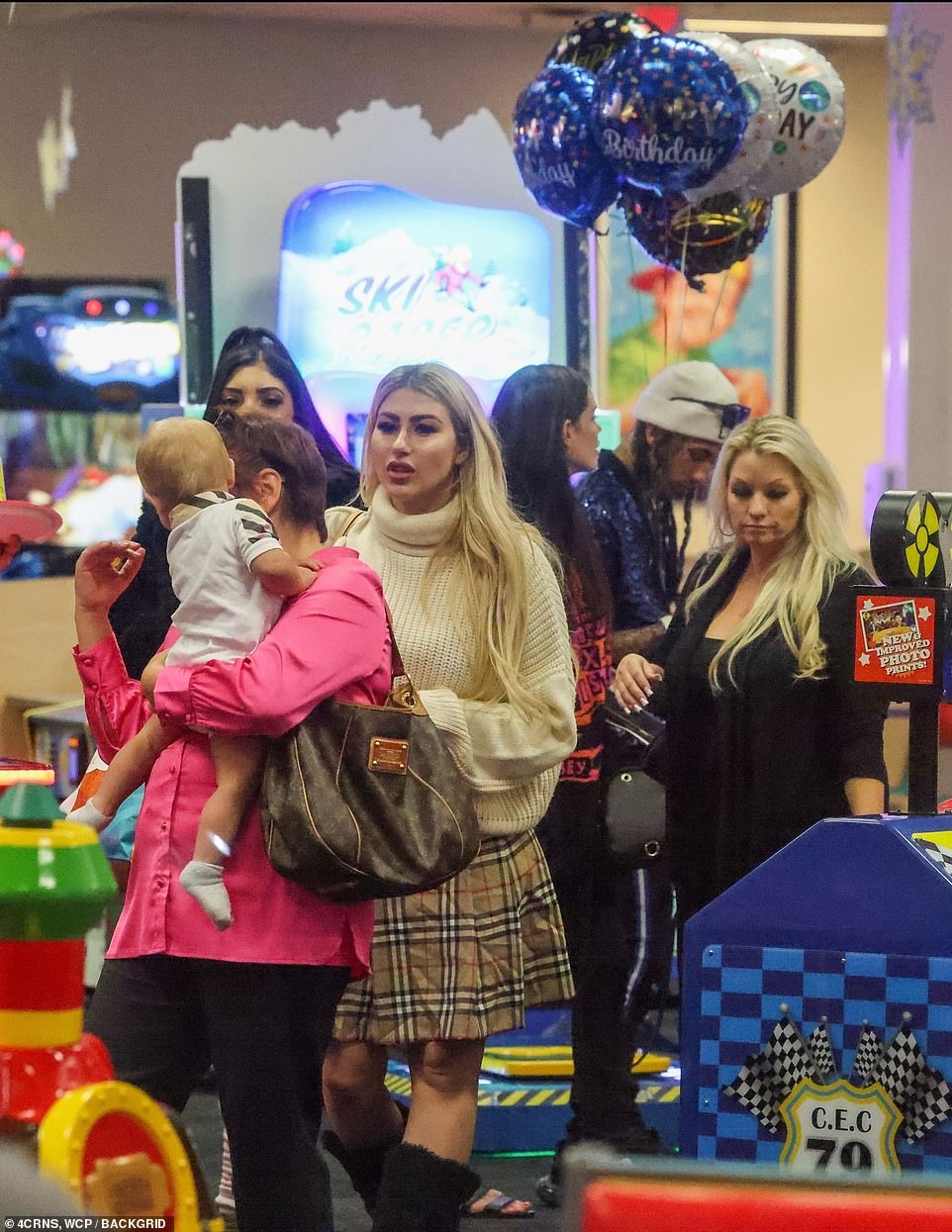 Celebrations: The group had gathered together at a Chuck E. Cheese in Costa Mesa, California

She was asked if they could turn down the music. Melanie said she would pass along the information to Aaron. Minutes later Aaron banged on the neighbor’s door and began yelling at the neighbor, he called her a ‘c**t and a b***ch’.

Another person at the house told Aaron to leave their property. The police were called and Aaron tried to tell the police that the neighbor assaulted him. No arrests were made.

Melanie turned up at the house after news of Carter’s death was announced. She was seen sobbing and being consoled by Carter’s real estate agent Christie Limpus-Hathaway. 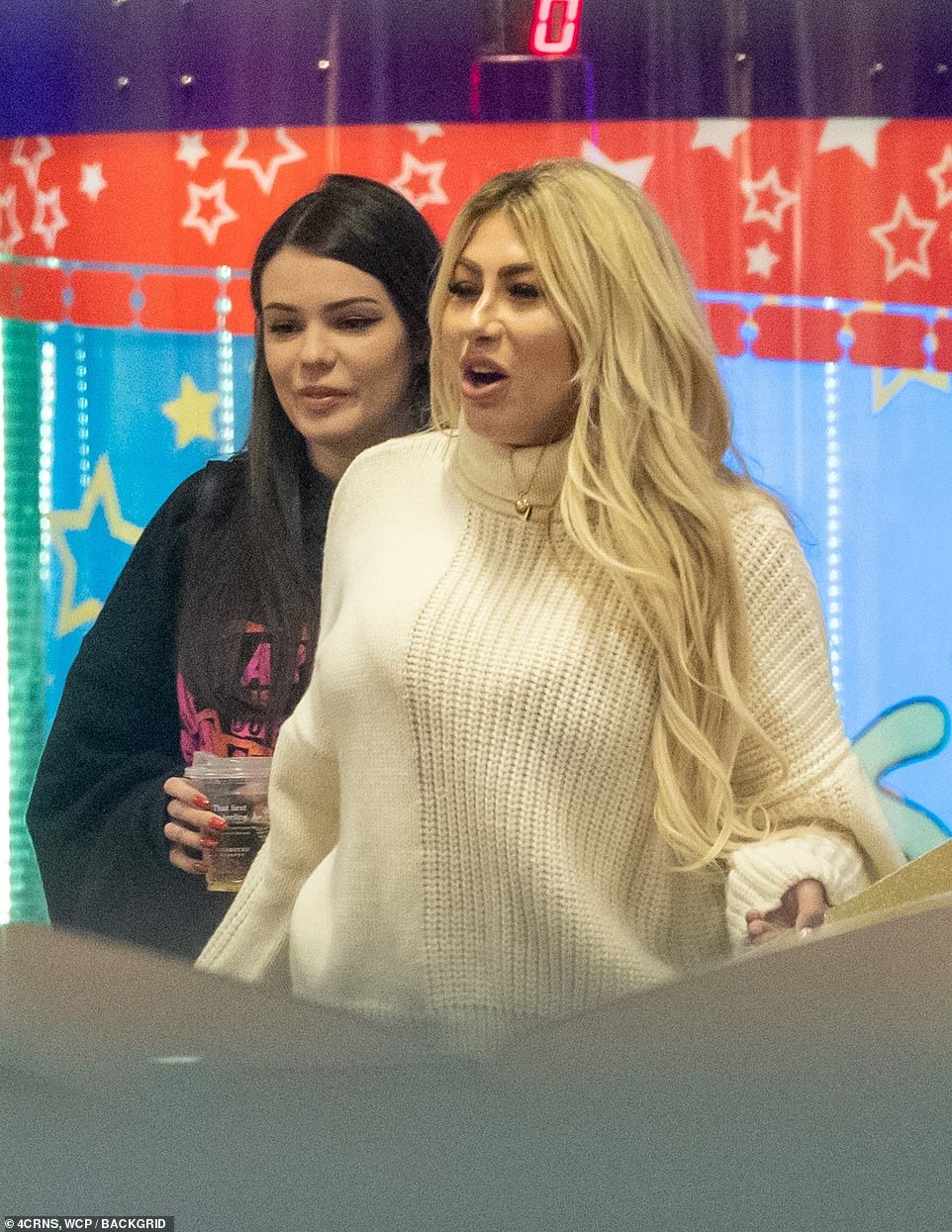 Making memories: Martin appeared in good spirits throughout the evening

She issued a statement saying: ‘My fiancé Aaron Carter has passed away. I love Aaron with all my heart and it’s going to be a journey to raise a son without a father. Please respect the privacy of my family as we come to terms with the loss of someone we love greatly. We are still in the process of accepting this unfortunate reality. Your thoughts and prayers are greatly appreciated.’

Earlier this year, Carter filed for custody of their son and a petition for protection against Martin at the Antelope Valley Courthouse in Los Angeles County.

In a court filing, he accused his ex of ’emotional distress, anguish, shoving, & scratching’, and claimed she used the threat of suicide to abuse him ’emotionally.’

Melanie was seen moving her belongings out of Carter’s house last week.

The former child star had been trying to sell the house, but it was taken off the market after his death.

Carter died without leaving a will meaning the state of will decide who will inherit his assets, it has been revealed. 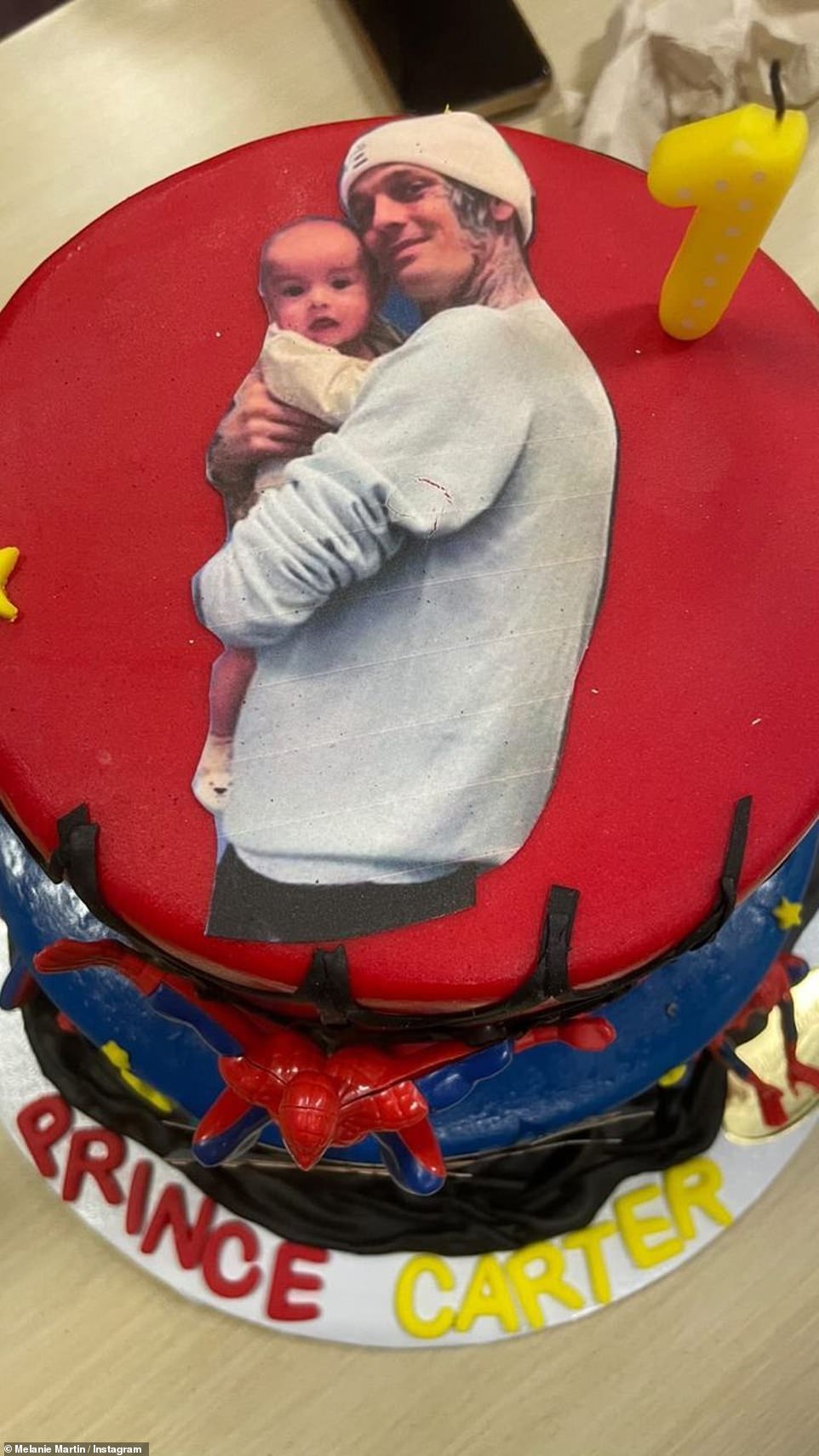 Father-son: An image of the late pop star was prominently featured on Prince’s birthday cake 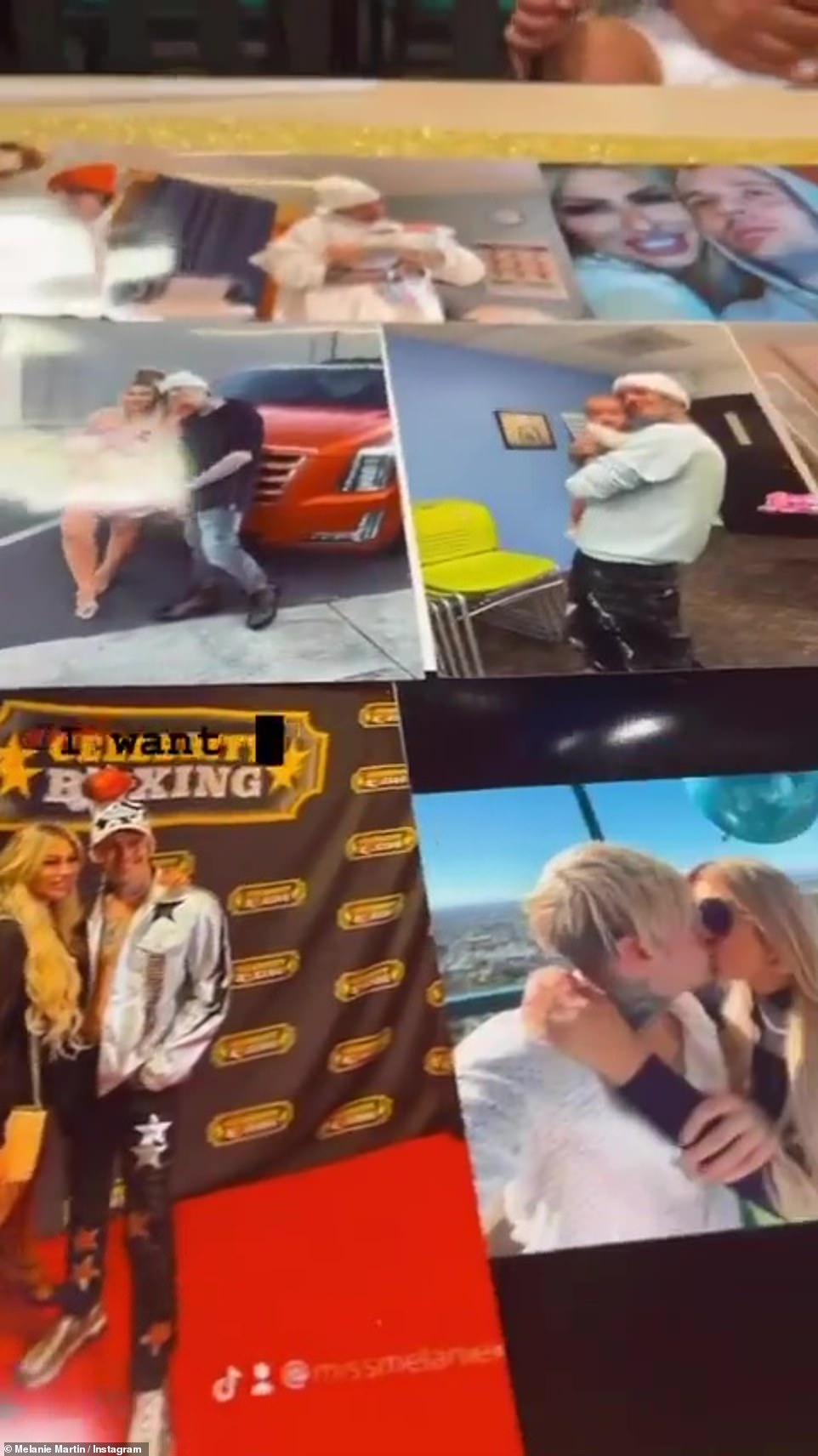 Special moments: Martin showed off the collage on her account, which included many memories from their time together 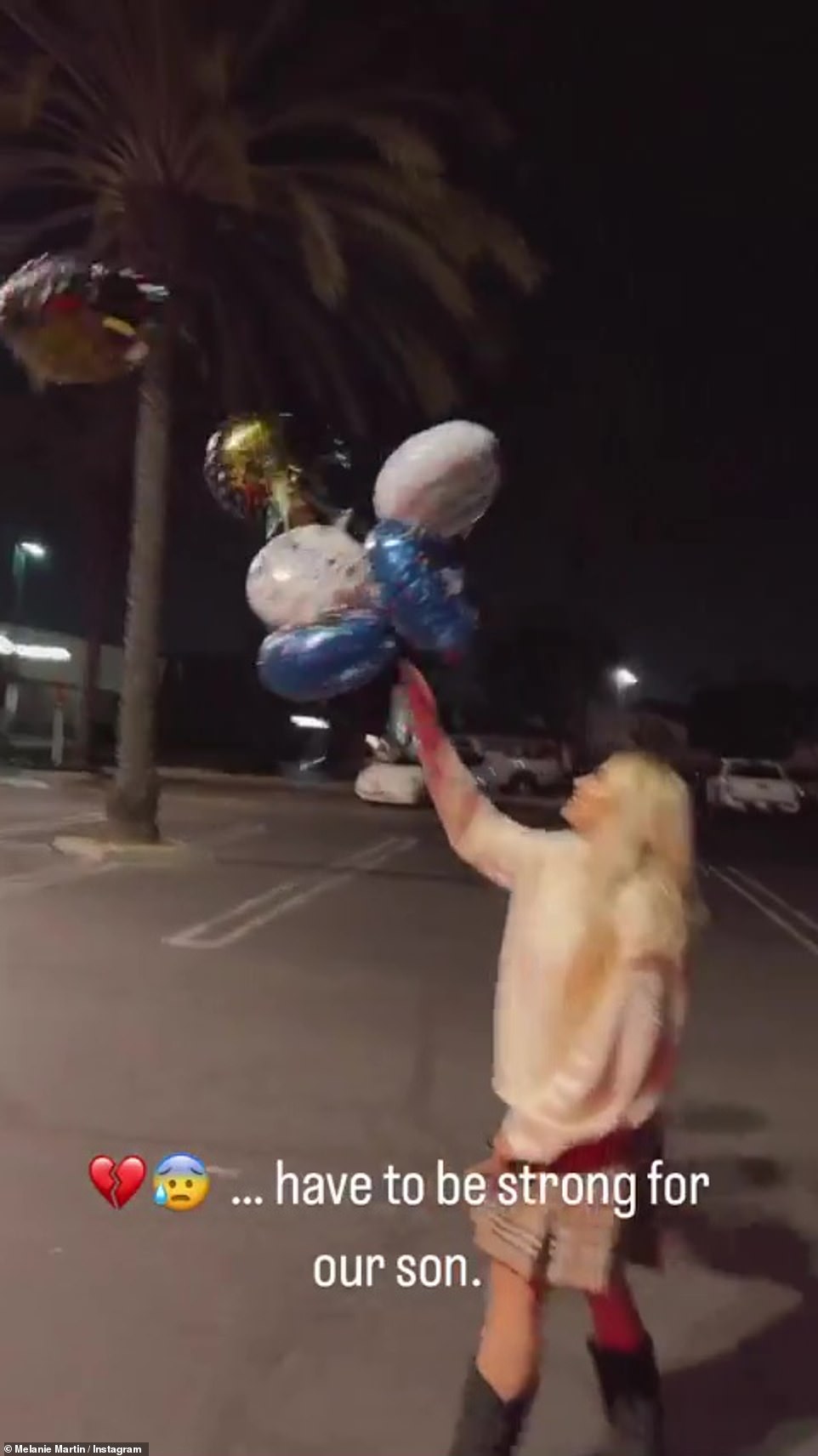 Staying strong: Martin shared video of her releasing balloons into the night sky, seemingly in tribute to her late fiance

Will Young recalls agony over twin brother Rupert’s suicide after being unable to ‘save...

Kourtney Kardashian puts on racy PDA show with her ‘GQ Man of the Year’...