A new mother has been slammed for fueling impossible beauty standards by posting a video of herself embarking on a ‘hot mom walk’ just two weeks after giving birth.

Aga Bordes, who is based in Houston, Texas, is living the ‘hot mom life’ according to her TikTok profile and is proud to have ‘bounced back’ so quickly after having her daughter.

The blonde beauty came under fire after one viral video where she strolls down the street in body hugging blue tights and a white crop top, while pushing her baby girl Bianca in a stroller.

‘POV: You’re two weeks postpartum, fit again in all your clothes, it’s a beautiful sunny day, you’re on your hot mom walk, your baby is full and happy, life is good,’ she wrote. 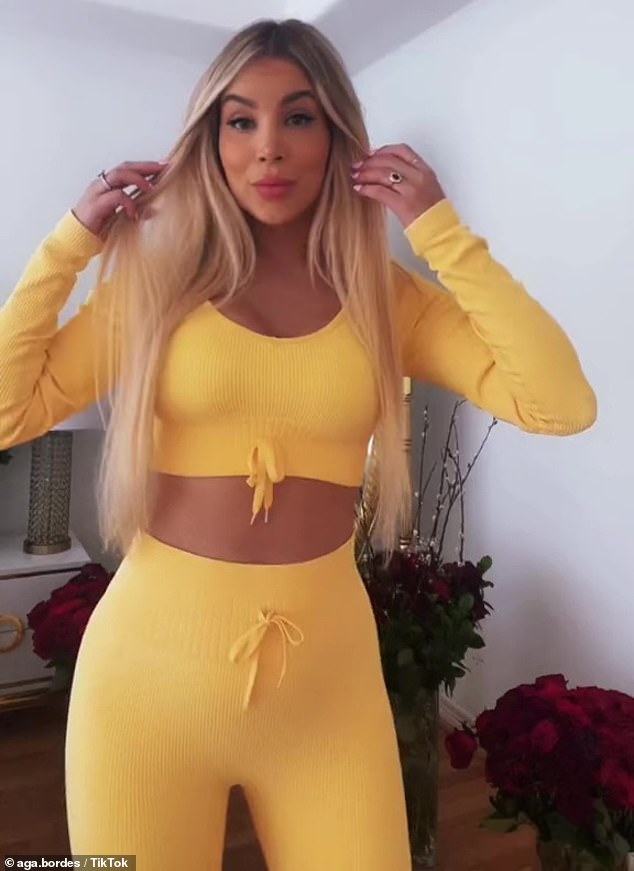 Aga Bordes, from Houston, Texas, started posting videos as soon as her baby was born – this one was taken a week after giving birth

She was then slammed by other women for her ‘unrealistic’ attitude.

‘Let’s not normalize everything being back to normal two weeks postpartum. I couldn’t even leave my house for the first two months,’ one mother said.

‘You must be insecure to have to post all about it. Way to go by making other first time moms feel they should be exercising, eating healthy,’ one person spat.

Some took the opportunity to poke fun at themselves instead of getting mad at the young woman.

‘Me at 28 weeks post-partum still wearing my maternity leggings,’ one woman said.

‘She looks amazing so she’s more than allowed to embrace it… I will however cry into my pizza,’ said one mom.

‘Man I was still in diapers and a muumuu at this point,’ another mother said.

Aga wished other moms well in her comments and said she is healing slowly and hasn’t managed to dodge the use of the giant maternity pads.

‘I am healthy and happy and not afraid to show it,’ she admitted. ‘I might be struggling with other things that others aren’t.’

But some people jumped to her defense and said mothers should be allowed to celebrate their wins. 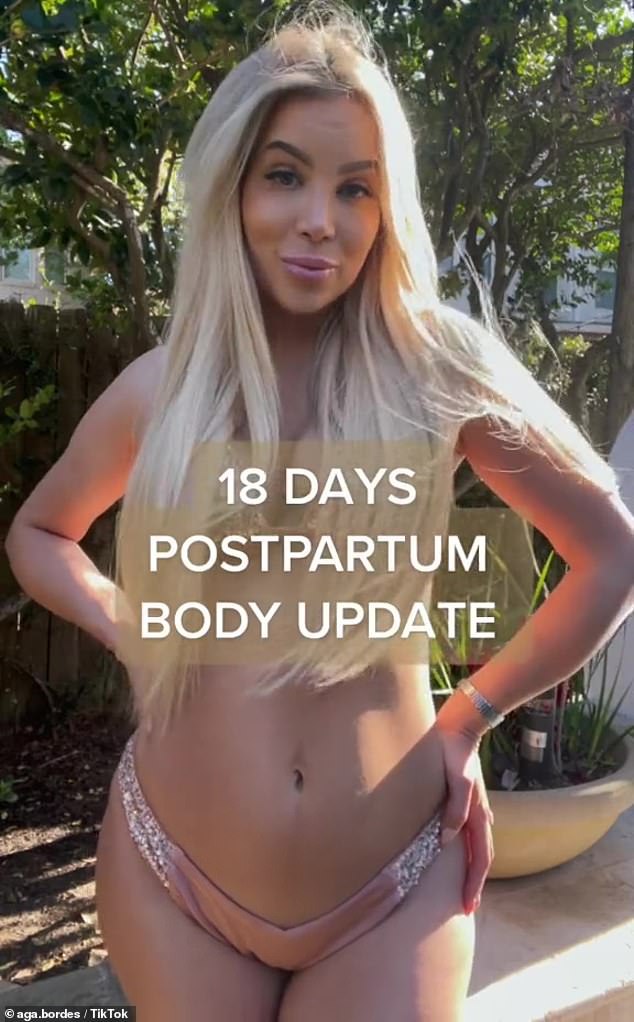 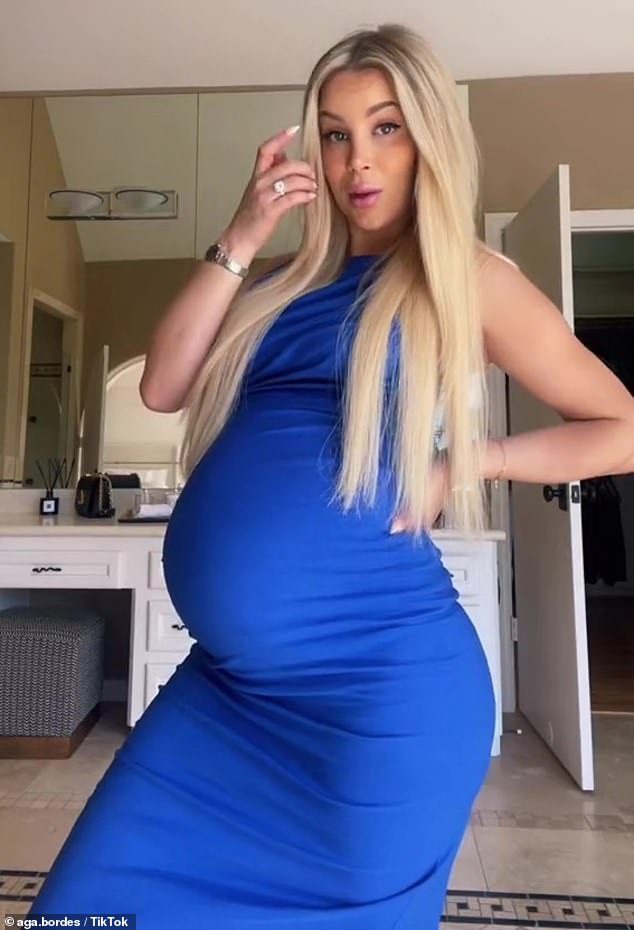 ‘She isn’t saying everything is back to normal, she is just showing off a nice moment, she never said it is all perfect,’ one woman said.

‘Let’s normalize honesty, I felt bad for feeling amazing after the births of my two kids,’ said another.

And some simply cheered her on and said there should be no room for ‘mom shaming’ on proud recovery posts.

‘I cannot, I repeat, I cannot relate to this but damn you go girl,’ one woman wrote.

‘Everyone’s journey is different, I think it is great to celebrate the moms who can do this.’

The video has been viewed more than half a million times prompting the mother to do some follow-up videos including one in her lingerie.

’18 days postpartum,’ she wrote on the video which shows off her flat stomach.

Adding that she believes who get mad at her simply ‘feel bad about themselves.’

She also added a video explaining what she did to ‘bounce back’ so quickly.

She said she watched what she ate throughout her pregnancy, worked out until her baby was born and started going for walks days after her birth.

What did Aga do to lose her baby weight so quickly? 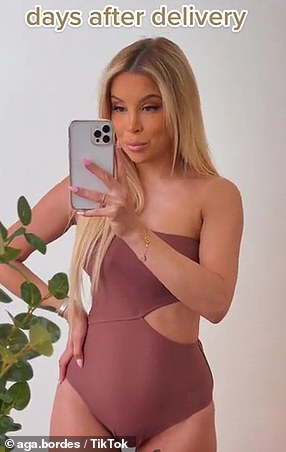 Aga was back into her pre-pregnancy clothes in the first two weeks post partum. She credits the following:

She also spoke about accepting everyone’s journey and the need to share the good and bad experiences of becoming a mother.

She said she might be struggling with something others find easy and wished her haters well on their own postpartum journeys.

Frugal New York couple with nine children who own their home and have zero...